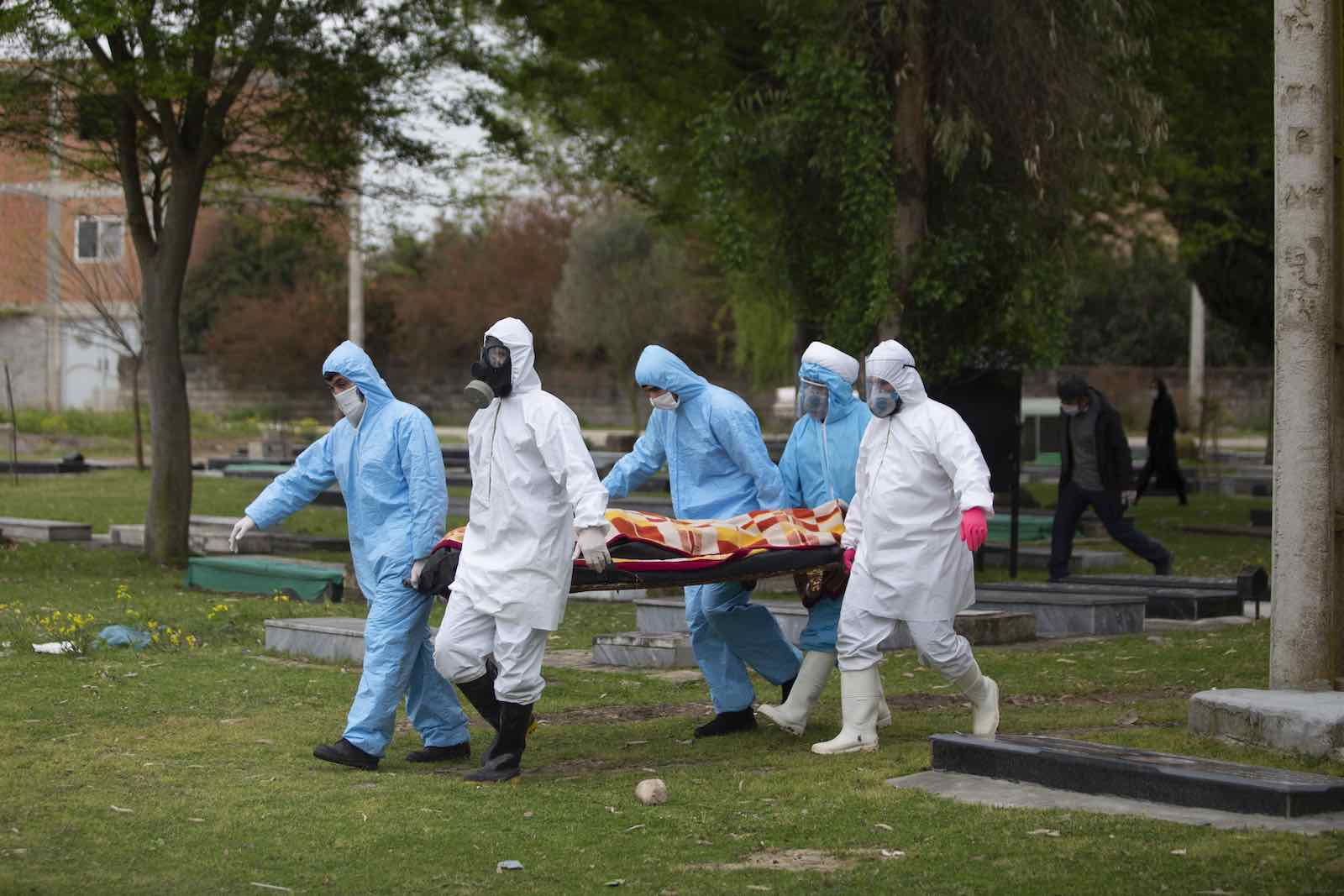 Iran’s initial reaction to the coronavirus pandemic was sluggish, and its fight with the outbreak has been chaotic and inefficient. US sanctions undeniably played a role in cutting off Iran’s access to medical equipment and expertise, medicine, and tests, but the crisis has also displayed the plagues of Iran’s healthcare system beyond sanctions. From the outset, the authorities underestimated the challenge of the virus and then attributed it to malicious foreign conspiracies. Ali Khamenei, the Supreme Leader, said, for example, the virus “is specifically built for Iran using the genetic data of Iranians, which they have obtained through different means”.

When, after weeks of official denials, patients with respiratory symptoms overwhelmed the country’s hospitals, the government admitted the existence of a few Covid-19 fatalities on 19 February. Facing mounting pressure from the public to act effectively and swiftly, the government implemented restrictive measures – closing schools and universities, preventing people from inter-city movements, and implementing social-distancing rules.

Yet from the outset political concerns rather than scientific advice from health experts guided decision-making. One of the first examples was the government’s refusal to quarantine Qom – the holy city of Iran and the first epicentre of the outbreak – mostly for political and religious reasons. In another instance, Health Ministry spokesperson Kianoush Jahanpour cast doubt on data from China which led other countries to view this illness like a typical flu. His comments provoked a reaction on Twitter from Chang Hua, China’s ambassador to Tehran, asking Jahanpour to “respect the truths and attempts of Great Chinese People”. Sobhe-Sadeq, a weekly organ of Revolutionary Guards’ political bureau criticised Jahanpour’s tweets, calling them “irresponsible remarks and against national interests which have been frequently repeated by Western and American media in the past”. It asked the government to investigate the intention behind these remarks.

The government’s unwillingness to vigorously implement lockdown measures was in part a recognition that people were already under heavy economic pressure, and being too strict on lockdowns could result in violent riots.

The coronavirus pandemic also exposed another important deficiency in the country’s political structure: the lack of central command. Although at the beginning of the outbreak the government established a taskforce presided over by the minister of health, many departments and organisations launched their own independent, parallel responses. One group, for example, unauthorised by health officials, sprayed sanitisers on bank ATMs damaging 150 machines. In an even more ludicrous show, the Commander in Chief of the Revolutionary Guards launched a coronavirus detector which could allegedly “discover any coronavirus within 100-meter radius of the device in less than five seconds”. As expected, it was a hoax, and Ministry of Health issued a statement that Iran’s Food and Drug Administration has not licensed any such device.

This absence of a clear chain of command resurfaced in Iran’s official caseload and death figures, as well. Various authorities often announced or suggested more dire tolls than the national figures. A member of parliament from Qom declared the number of dead at 50 in Qom alone, on a day when the official figure for the whole country stood at 12.

Public mistrust of the government made the outbreak far more deadly. As the government put laws in place to restrict the spread of infection, people were often reluctant to follow them. When inter-province travel was banned at the start of the outbreak, people simply ignored the order and travelled widely to smaller towns. In some areas, people attacked police officers who were enforcing lockdown rules. In others, local people took it upon themselves to block roads with construction debris and to harass travellers.

The government’s unwillingness to vigorously implement lockdown measures was in part a recognition that people were already under heavy economic pressure, and being too strict on lockdowns could result in violent riots. Indeed, this lenience in implementing civil codes can be seen as the government’s bribe to compensate people – for freedoms it has deprived them of in other areas, not least politics; for the dire economic situation created by its longstanding international posturing against the US; and for the systematic corruption and discriminatory policies it has adopted.

Although Covid-19 cases and deaths have been in daily decline since early April, Iran is still under the shadow of the outbreak, with many businesses still closed and jobs lost. Incompetent management of the crisis points to deep cracks in the political structure: the politicising of civil government bodies, lack of centralised command centres for crisis management, and flimsy law enforcement. Like the coronavirus itself, these things will not go away on their own.