Middle powers might seek to balance the US and China, but inevitably their own actions change the equation. 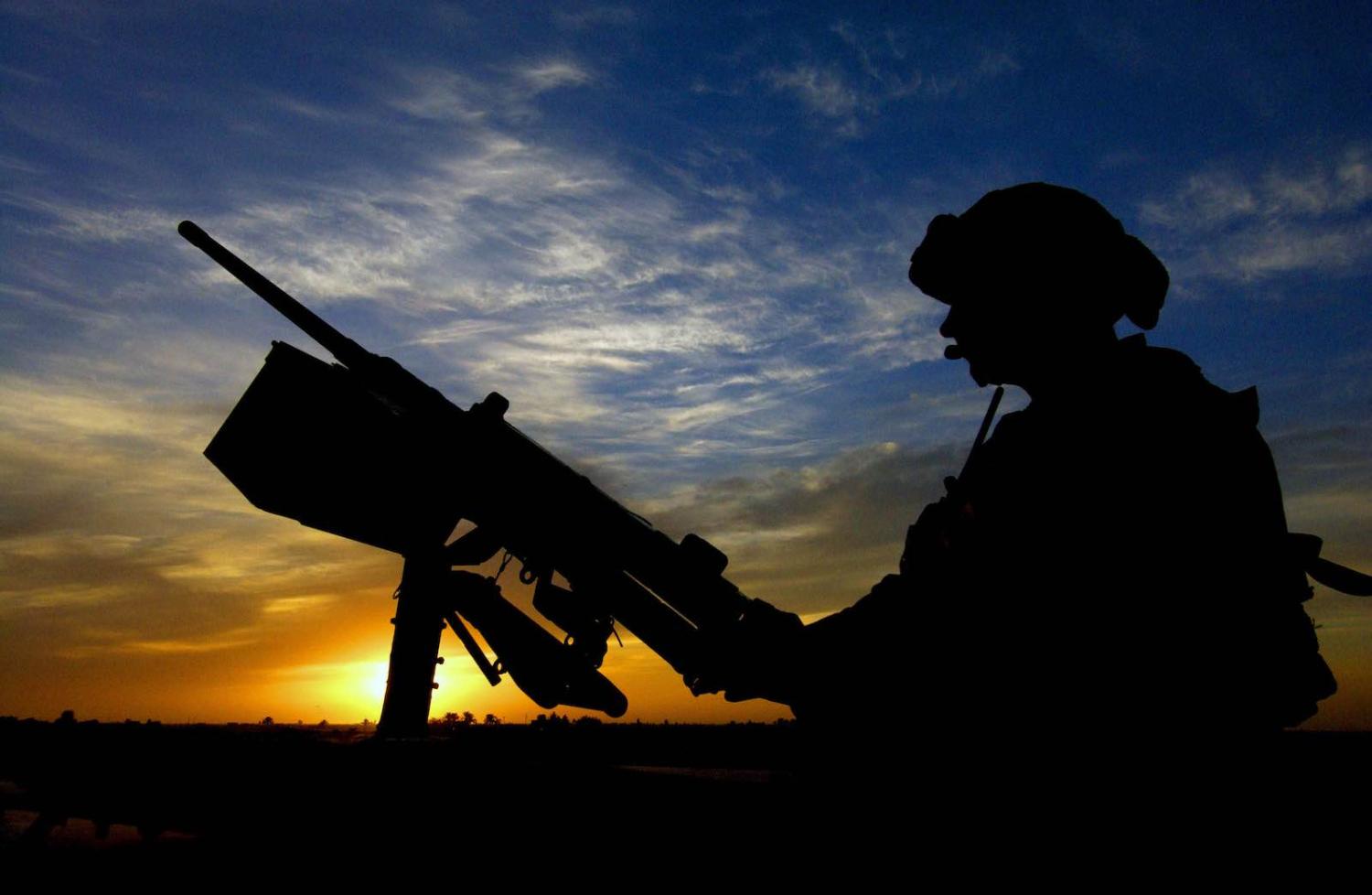 A few months back – only in January, yet seemingly a very different time ­– Mike Mazarr and I offered some initial reflections on America’s and China’s contrasting “theories of influence”. The article prompted a series of contributions, including an initial rejoinder from Sam Roggeveen and most recently a response by Nurliana Kamaruddin and Jan Vincent Galas, which collectively furnish a rich basis for discussion.

The novel coronavirus has sufficiently affected the geopolitical landscape in the intervening weeks – particularly since Mazarr’s response in February and a further reply from Roggeveen in March – that I thought it would be appropriate to split my comments into two sections. The first contains some observations I wrote down before the World Health Organisation declared Covid-19 a pandemic, and another contains some observations I wrote afterward.

Before the pandemic declaration

Roggeveen rightly cautions against a blinkered view of US conduct; Washington has launched unilateral wars of choice, supported authoritarian regimes, and used economic coercion to entrench its pre-eminence. Still, it premised its post-war foreign policy in large part on facilitating Eurasia’s resuscitation and, in effect, reducing its own relative weight in the world economy. Where the US accounted for roughly half of gross world product after the Second World War, it contributed only about a quarter by the early 1970s. While there was a strategic rationale at work – Washington hoped that a network of democratic economies could serve as a bulwark against Moscow – the US and its allies continued to develop the post-war order even after the Soviet Union’s dissolution obviated that pretext.

In addition, while US pre-eminence is rooted in its unrivalled ability to project force, Mazarr encourages observers to consider “the fullness of the US-led post-war order,” which constitutes a rich complex of institutions, processes, and norms. No less than Fu Ying, former chair of the foreign affairs committee of China’s National People’s Congress, concedes that the US “ has made great contributions to human progress and economic growth”.

A crucial litmus test for the US and Chinese theories of influence will be the kind of balancing in which middle powers engage, especially longstanding US allies and partners. While the conventional framing – how to enhance security ties with Washington and economic ties with Beijing in parallel – might still apply from a bird’s-eye view of the world, it discounts the extent to which changes in each country’s behaviour have complicated the sustainment of that balance.

Because China’s centrality to the global economy has increased apace, middle powers face intensifying pressure to maintain robust trading and investment ties. But because China’s foreign policy has also grown more assertive, those same powers are also strengthening their individual military defences and conducting more sophisticated joint exercises to hedge against the possibility of a China that pursues regional dominion.

The US, meanwhile, has become a considerably more unpredictable actor in recent years, pursuing a transactional foreign policy that seems equally likely to target competitors and friends. Middle powers must now factor into their strategic outlooks the possibility of another administration that hews to some variant of “America First,” and the attendant realisation that even if they regain some avenues of cooperation with a more multilateralist successor, a subsequent one might close them off again.

While most middle powers have more room to manoeuvre between the US and China today than they did between Washington and Moscow during the Cold War, it is no trivial task to stay in the acceptable graces of an increasingly disruptive incumbent as well as an increasingly assertive challenger. Tim Huxley, head of the International Institute for Strategic Studies’ Asia office, remarked to me in December that that challenge is subjecting them to growing strategic stress.

Both the US and China, then, have their work cut out for them. No matter how vigorously the US defends its erstwhile theory of influence and highlights the gross human rights abuses China is committing, its relative competitiveness will continue to diminish unless it can develop a geoeconomic agenda that credibly rivals or at least supplements that being offered by China. Even those countries that have deep apprehensions about China’s military modernisation and strategic ambitions have largely rejected the Trump administration’s efforts to stymie its economic development.

China, meanwhile, would appear to be making a risky bet: that it can largely ignore its neighbours’ growing anxieties if it maintains a certain degree of economic centrality within the Asia-Pacific. While Beijing has not been wholly unresponsive to external criticism – it has, most notably, recalibrated its Belt and Road Initiative in response to concerns over that undertaking’s consequences for participating countries’ ecology and indebtedness – its leadership generally seems indifferent to the reputational damage it has incurred in recent years on account of, to name a few examples, its continued militarisation of the South China Sea, its growing intimidation of Hong Kong and Taiwan, and its mass internment of Uighurs. China would be unwise to conclude that militarily and economically formidable democracies such as Australia, India, Japan, and South Korea will acquiesce to its vision of regional order.

After the pandemic declaration

Roggeveen concludes that because US attempts to promulgate a liberal order in the Asia-Pacific would encounter opposition from China, and perhaps even India, the region’s evolution should be grounded in a pursuit to which even its most normatively antithetical participants would assent – as he puts it, “ensuring that Asia’s major powers never fight a potentially catastrophic war between them”. That goal is anything but “modest”.

It is sad, nonetheless, that expectations for the region’s evolution have become this constrained. It was not too long ago, after all, that middle powers invested some hope in a US-China “G-2” or a “new model of great-power relations” – reassuring, if nebulous, commitments to a more enlightened geopolitics in which a preeminent power and its principal challenger could subordinate the inevitability of structural tensions to the imperative of sustained cooperation.

Today, by contrast, explains the Washington Post’s Beijing bureau chief Anna Fifield, “[a]nalysts in both countries are now describing the worst state in relations since President Richard Nixon began the process of rapprochement with China in the 1970s”. Far from arresting that downturn, even if temporarily, Covid-19 has only intensified mutual distrust: the relationship between Washington and Beijing has reached its nadir precisely when the need for their cooperation has reached its peak.

While neither of them is acting like an especially responsible stakeholder at the moment, many Asia-Pacific powers have set examples for the rest of the world to follow, including Taiwan, Singapore, Hong Kong, Japan, and South Korea. Whether these have sufficient economic and diplomatic heft between them to reinvigorate global cooperation is an open question. Whether the US and China will belatedly join forces to curtail further devastation by the pandemic is another.

Of two propositions, however, one can be reasonably sure. First, history will judge both the US and China harshly if they fail to change course. Second, while the Asia-Pacific may well be the epicentre of their strategic competition, Washington and Beijing would be ill-advised to suggest that they see the region’s middle powers as mere instruments in that affair. As Kamaruddin and Galas observe, after all, “influence and leadership rests on the acceptance of those ‘influenced’”.

Clinton is said to have been impressed, in the time that Gillard was Australian Prime Minister, with her toughness on policy issues.
Daniel Flitton 28 Dec 2017 08:00

Best of The Interpreter 2017: Donald Trump

AI is becoming a routine aspect of daily life, but can the law – and informed social policy – truly keep pace?