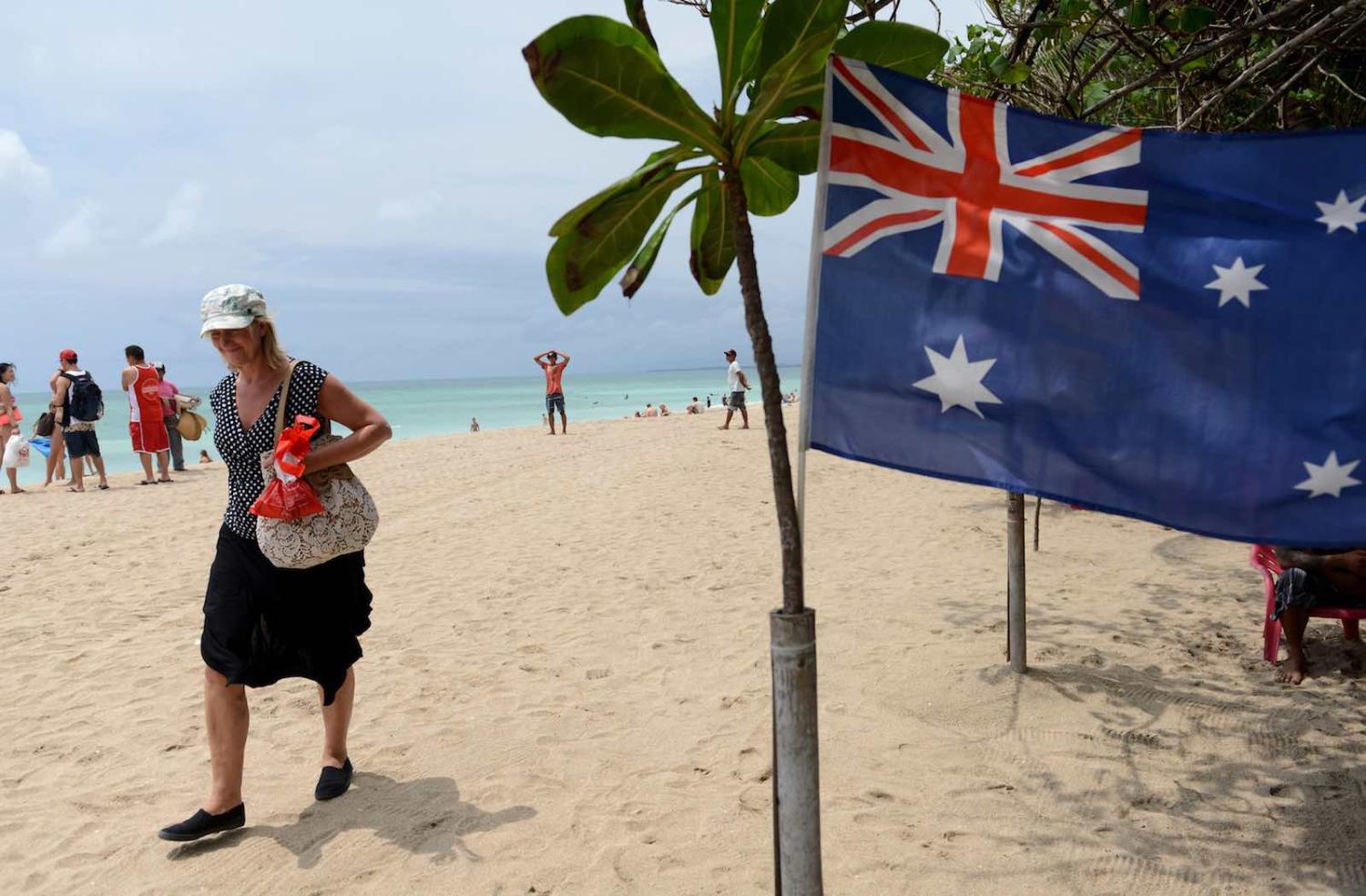 Last Thursday as Australia’s Foreign Minister Marise Payne was talking up the role of values in foreign policy to a business audience in Canberra, Indonesia was promoting its tourism investment opportunities to a different business gathering in Sydney.

It will probably never be clear how the intersection of these two different perspectives on international relations played out in President Joko Widodo’s dramatic last-minute intervention on Friday against the proposed changes to his country’s Criminal Code.

And while it is not clear that Widodo’s move to delay the criminalisation of sex outside marriage will prevail in the long term, the demonstrations against the proposed changes this week show the changes were already testing the limits of the country’s increasingly illiberal democracy.

But this showdown raises some interesting issues about the role and power of tourism in economic diplomacy, in contrast to the better-known levers – trade and investment regulation.

Only two weeks ago, Asian Development Bank president Takehiko Nakao was visiting Australia talking up the role of tourism in offsetting lost manufacturing jobs right across Asia. The ASEAN+3 Macroeconomic Research Office (AMRO) produced a study earlier in the year making the point that Southeast Asian countries like Indonesia needed to pay more attention to tourism capacity building for the same reason.

This looks like quite creative use of Australia’s one million annual travellers to Bali to make a point about the benefits of mutual economic integration.

These are some of the putative ten new Balis which Widodo has been touting and which have been a key marketing pitch for the newly signed bilateral trade agreement from his top foreign investment adviser Tom Lembong.

Australia’s change to its travel advice on Indonesia released last Friday, which warned about the impact on tourists of the planned changes to the Criminal Code, was dressed up like a normal update.

But it was anything but that, given that by its own assessment the changes wouldn’t apply for two years. It looks much more like front-footed economic diplomacy in line with Payne’s speech to the Committee for the Economic Development of Australia, which argued that values-based diplomacy is “good for business”.

It is hard to see how Lembong’s quest for an Australian-led high-quality leisure boat tourism boom in eastern Indonesia would gather pace if DFAT was telling people to stay away for fear of being arrested. And the Philippines, Thailand, and Vietnam would quickly fill the void.

So, this looks like quite creative use of Australia’s one million annual travellers to Bali to make a point about the benefits of mutual economic integration, which has been harder to make in other cases such as the beef trade.

But having set this precedent, the interesting thing now is when this lever will be used again, especially given how Southeast Asian tourism resorts from Phuket to Cebu usually tolerate plenty of poor behaviour by their Australian customers. They don’t always make good ambassadors for Payne’s Australian values.

And before the hubris about this new economic diplomacy power sets in, it’s worth noting that the Australian tourism dollar is not what it once was. Chinese visitors have been challenging Australians as the top Bali visitors over the past year, and Indians are rising fast. Outbound tourism by Southeast Asians themselves has roughly doubled in the past decade.

These travellers probably don’t like the implications of criminalisation of unmarried sex any more than Australians, but they and their governments are more likely to deal with it in a low-key way.

But Morrison has certainly reopened a hornet’s nest of debate about how to categorise countries in a disrupted world economy with his definition of China as a “newly developed economy” during his US trip.

For the record, this is a more pointed definition than he used in his June headland foreign policy speech, where he said China had reached a “threshold level of economic maturity”. Although his more general point about the need for China to change its behaviour in the World Trade Organisation (WTO) was quite consistent.

China has played a more productive role in the WTO than peers such as India and South Africa, but in an institution where countries self-define their development status, it has not sufficiently recognised its own rapid economic evolution since it joined two decades ago.

But these definitional dilemmas run rife. A good example is the US Central Intelligence Agency’s own widely quoted World Factbook, which treats China as a developing economy because it aligns with International Monetary Fund definitions. South Korea, Singapore, Mexico, and Turkey have all been subject to debate about how they should be categorised by different institutions at different times. And Russia is not a developed country, despite once being an acknowledged superpower.

China needs to change the way it categorises itself in international institutions, for example, by joining the Organisation for Economic Cooperation and Development aid measurement system, given the significance of its Belt and Road Initiative.

But having a big debate about its appropriate development category is not going to end the global uncertainty over a trade war.

Vietnam’s status as the biggest winner from the US-China trade tensions has been underlined by Asian Development Bank analysis of how production supply chains have shifted in Asia this year.

While US imports from China fell 12% in the first six months of the year, they rose about 10% from the rest of developing Asia dominated by Vietnam (up 33%), Taiwan (up 20%), and Bangladesh (up 13%). The bank’s economic outlook update says the trade war has escalated a pre-existing shift of upstream production from China to lower-cost sites outside the country.

New foreign direct investment (FDI) in Vietnam from China and Hong Kong rose 200% in the first seven months of the year, while in Thailand FDI applications doubled, led by Japan and China. Meanwhile in Malaysia, approved FDI in manufacturing, mostly from the US, rose more than by 80%.

While this used to be called the “China Plus One” strategy, the ADB argues so much of the offshore investment is from China that ties between China and South East Asian countries, in particular, are only likely to strengthen. It says:

Given that production now occurs mostly along global value chains, the ripple effect of the conflict on global trade is likely much stronger than it would have been two decades ago.

Previous Article
Ghani vs Abdullah: The contest to be Afghanistan’s president
Next Article
The Pacific and a “third option” to the independence question

Australia’s new embrace of South Korea in minerals, defence, and trade is well-timed as the country catches up to Japan.
Khang Vu 10 Apr 2020 10:00