The social media platform is an American commercial legacy, adapted by locals for politics, and now mistrusted.

This article was co-authored with a Vietnamese journalist, Cecelia Nguyen. She is a freelance journalist in Vietnam working across a range of media. Her works focus on social injustice, culture, gender issues, youth and education. She has worked with a range of international news organisations, including Al Jazeera, The Guardian and The New York Times.

In Vietnam, this message has particular resonance. The country has recently intensified attempts to monitor and police Vietnam’s Facebook-dominated online political discussion. For now, these efforts have culminated in the country’s new cybersecurity law, passed in early June, which will come into force on 1 January 2019.

The online environment has long been a safe space for political discourse in a country where such discussion is often dangerous.

This is a huge blow to Vietnamese online society, which flourishes in ways it cannot offline. As Amnesty International points out, the online environment has long been a safe space for political discourse in a country where such discussion is often dangerous.

As an example of the importance of the platform to Vietnamese political life, Vietnam’s leading activist group, Viet Tan, is banned in Vietnam but in 2013 began teaching courses in online activism, from the US, including how to get around sporadic Facebook bans. A 2015 report by the organisation shows how the platform has changed the media and political landscape in Vietnam substantially, making traditional press become more responsive, introducing measures of accountability, and expanding political space in a country where apolitical assemblies have long been banned.

Facebook users in Vietnam are distrustful of the government. But user trust in Facebook may also be waning.

In 2017, Facebook’s head of global policy management met with Vietnamese authorities. According to officials, the company agreed to directly coordinate with the government to remove fake accounts and false information posted about senior government officials. Some see this move as part of an attempt to break into China, as a demonstration of the company’s ability to cooperate with repressive regimes.

User suspicion has likely only increased in the wake of what are perceived as lukewarm reactions by global tech companies, including Facebook, to provisions in the new cybersecurity law that require companies to censor political posts and hand over data to authorities. An association of US tech companies in Southeast Asia protested the data localisation aspects of the new law, but has not yet addressed the content removal and data access provisions.

Facebook’s market in Vietnam is huge, which potentially shapes the company’s incentives. It is the most popular social network in Vietnam, with around 35 million users, or 70% of the country’s online community. And although Vietnam is only a fraction of Facebook’s business, or that of other tech giants such as Google, it is one of Southeast Asia’s fastest growing economies and an important investment target for global consumer brands. Between them, Facebook and YouTube (owned by Google) capture about 70% of the country’s online digital advertising spending.

Given the size of the Vietnamese online market, local Facebook users worry, not unreasonably, that the new law ostensibly forces tech giants to choose between protection of user data and access to one the largest emerging markets for tech consumers. Although the government has said it will not block the platforms – and indeed past experience shows it simply does not have the technical capacity to do so – it has form on forcing such a choice on companies, at least rhetorically.

Last year the government ordered several local companies to withdraw advertising on YouTube, Facebook, and other social media until they find a way to halt the publication of “toxic” anti-government information. Companies, including the local operations of Unilever, Ford, and Yamaha Motors, all committed to the call to suspend YouTube advertising. There is little data to show the effect of the demand, but it suggests a shift from the government attacking platforms directly to attacking their business model: online advertising.

In response to rising concerns about the new law and Facebook’s cooperation, Vietnamese activists are leading a charge to alternative social networks. The founder of Minds.com, a US-based platform, recently reported his website had seen a spike of 150,000 new users from Vietnam since the cybersecurity law was passed in June (total user numbers are only around one million, so the spike is significant). Minds is end-to-end encrypted, and its business model focuses on privacy.

But the choice is not necessarily clear or easy. Some users have noted that Minds commits to sharing data with US law enforcement (under certain conditions), and others are troubled by the presence on its board of a Vietnamese journalist with close government links. Others have noted that Minds is not as fast or as open as Facebook, meaning activists are more limited on that platform, with implications for organising success.

This discussion of the perils of platform migration demonstrates that options for Vietnamese users are limited. There is a user cost in moving to new social networks. This is part of what makes them so successful once they move from disruptor to giant status: the network effect in this case is a conscious business structure which drives Facebook’s success.

Facebook in Vietnam is a legacy issue. It was created for American commercial interests and adapted by locals inadvertently in service of those interests as well as their own. For Vietnamese users, Facebook is a mode of interaction essential to political life. The platform’s emphasis on personal relationships, networks, openness, and global relationships has helped it grow leaps and bounds in a country and within a diaspora community that has for so long been denied the ability to build communities of interest, especially of political interest.

As social media moves into perhaps a second phase of development – as an established media player rather than a disruptor – we should start to consider not only its disruptive effects but also its legacy. What happens to a community built in accordance with an initial profit motive but then reshaped according to another? What happens to users when a disruptor becomes a giant? These questions are important for a company that has substantially changed the media markets it now dominates, with real implications for users. 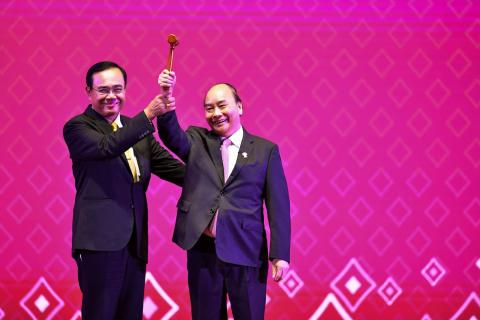 Show 1 Comments
Previous Article
Seeing is believing: Pyongyang has kept a promise
Next Article
The future of work