A new book from an Obama insider considers the repeated failures of outside overthrow in the Middle East. 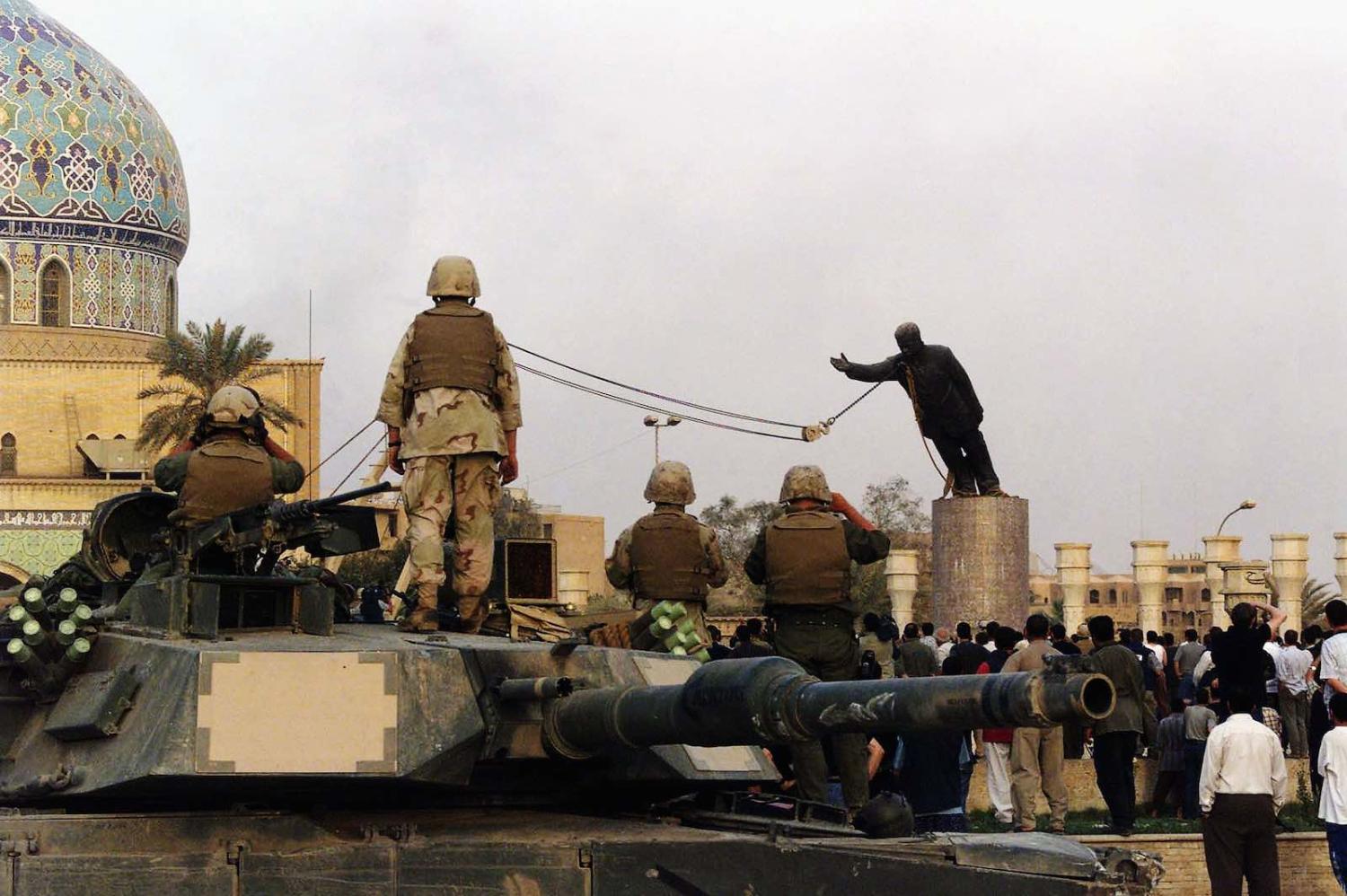 Philip H. Gordon, the White House Coordinator for the Middle East during the Barack Obama administration, and now a senior fellow at the Council on Foreign Relations, argues in his new book, Losing the Long Game: The False Promise of Regime Change in the Middle East, a compelling case against the United States seeking, as a policy objective, the overthrow of the Iranian government.

Gordon’s essential argument is that the case against regime change in the Middle East is “a practical, not a moral, one … The United States and most people in the Middle East would be better off if there were different leaders, governments, institutions, and systems in many of the countries of the region today. But the question is not whether we should wish for such changes to take place. The question is whether active, coercive measures by American policymakers to undermine or overthrow those regimes make positive changes more or less likely, and whether the very fact of taking such actions is likely to advance US interests or undermine them.”

He highlights how US interventions – diplomatic, economic and military – directed towards changing not regime behaviour, but the regimes themselves, have consistently failed to achieve the results envisaged. 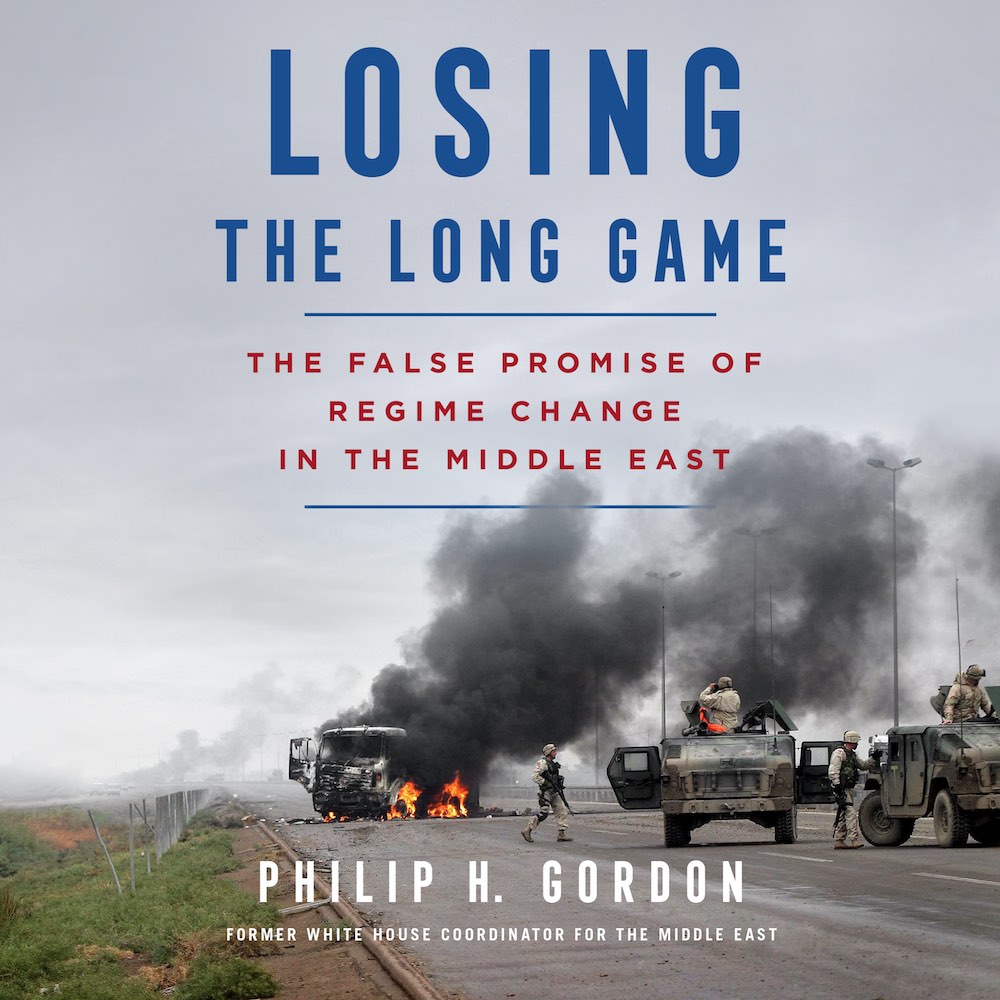 Gordon’s argument is persuasive. The consequences of the overthrow of the Mossadegh government in Iran in 1953; the ongoing war in Afghanistan; the entirely predictable effects of the removal of the Saddam Hussein regime in Iraq; and a host of lesser examples in this book and elsewhere – such as Anthony Eden’s march of folly against Abdul Nasser over Suez in 1956 – illustrate how problematic, from a historical perspective, is the notion of directly or indirectly changing a government, rather than its policies.

Except perhaps in the aftermath of a total military defeat and economic devastation (as in postwar Germany and Japan) or the well-planned removal by coup of an authoritarian ruler well past his personal and historical use-by date (as when the UK disposed of Sultan Said bin Taimur in Oman in 1970), external powers can only look to the agency of domestic actors in the Middle East to bring about a wholly new regime. And, far removed from rhetoric about arcs of history bending towards justice, those domestically driven processes can be of such complexity, and be so fraught with variables, that external involvement in any form – however politically and emotionally powerful appeals from the protagonists might be – would be more likely to add to the unpredictability of an outcome than to settle it.

Gordon provides detailed, insightful and erudite analyses of the key events and scenarios he identifies in support of his argument. Each of his case studies makes painful, often disturbing, but valuable reading about the quandaries and conundrums of positioning US policy to deal simultaneously with evolving, highly ambiguous situations on the ground, political and pundit clamour for military action, the potential costs of inaction versus the moral hazard of raising expectations, the political toxicity of American assistance to “moderate” rebel forces, and concern for enduring US interests and needs. His insider account of debates within the Obama administration over the Mubarak transition in Egypt, the mission-creep approach to Libya, and the bitterly contested netherworld of US policy towards Syria is richly informative.

Among the many conclusions to be drawn about the US Middle East policymaking processes he describes, three stand out.

First, expert inputs from diplomats, officials and analysts (including Gordon) are unlikely to determine US policy outcomes, unless they happen to correspond, often fortuitously, with presidential instincts. Gordon provides a gripping account of how, in reality, issues of war and peace are debated in the cauldrons of human chemistry in US administrations and think tanks; in arguments, sometimes generational, between idealists and pragmatists; and within the contested terrain of domestic pressures – where, all too often, agendas and worldviews among actors and commentators suggest Manichean fantasies and limited imaginative and moral capacities.

Second, in the cases discussed, US policy outcomes showed little interest in maintaining consistency between US rhetoric about freedom on one hand and US practice on the other. Obama’s personal approach was arguably a partial exception, but mostly because the soaring rhetoric surrounding his idealism was tempered by his sober public recognition of the limits to US power. Others simply ploughed on.

When policy decisions were made, moreover, coordination between the various agencies and instruments of US national power in the planning and delivery of those decisions was often imperfect, and commitment of sufficient resources, planning and policy attention to secure the fruits of short-term successes, to avoid security and political vacuums and to rebuild societies and support for a new order rarely happened.

US leverage over those in whom it invested was usually less potent than the determination of clients, Islamists and others to pursue their own agendas.

Third, US leverage over those in whom it invested was usually less potent than the determination of clients (and others such as Hamid Karzai, Nouri al-Maliki, Abdel Fattah al-Sisi and Khalifa Haftar, who were not clients but who travelled in their political slipstream), Islamists and others enjoying their own patronage and deeply antagonistic to the US, to pursue their own agendas following US interventions. Pressure from Washington can be stared down; pleading with clients is pointless.

The arguments made against seeking regime change are thoughtful, experience-based, and draw on an impressive range of expert opinions, including those of opposing views. They may have been even stronger if Gordon had examined the lessons to be learned from those occasions on which external interventions to preserve Arab regimes have been both effective and to the advantage of the external parties concerned. The UK sending troops to Jordan and the US sending forces to Lebanon in July 1958 helped those governments withstand Egyptian pressure against the Baghdad Pact – a US-led defence arrangement – after the overthrow of the pro-western Iraqi government. UK support for Oman against the leftist insurgency of the 1970s provided the security within which social progress in Oman under the newly installed Sultan Qaboos was possible. The protection of Kuwait from Iraq in 1961, and its liberation from Iraqi occupation in 1991, were only possible through external military intervention.

The key point is that in each of these cases, the objective of the external power was the preservation, not the removal of existing regimes. Moreover, the interventions were on a fairly modest scale (Kuwait in 1991 aside), and their political objectives were clear. Even if no exit strategies accompanied the initial decisions to deploy forces, each deployment had reasonable prospects of achieving strategic and operational sustainability.

It would be easy to show that none of those threshold considerations would be likely to be met in the event of attempting to accomplish regime change in Iran in this decade.

Xi Jinping is determined to consolidate and strengthen China’s ruling communist party’s grip on government and the military, the intelligentsia and civil society.
Michael Heazle 12 Jan 2018 12:15

There is good reason to believe Kim Jong-un is a risk taker and willing to use his power.
Milton Osborne 11 Feb 2019 14:30

The fight to preserve the Khon Pi Luang rapids

China is pushing to expand its navigation of the Mekong River, raising tricky questions of sovereignty and environment.