If – big if – this missile is real, America cannot guarantee its homeland security in a war with North Korea. 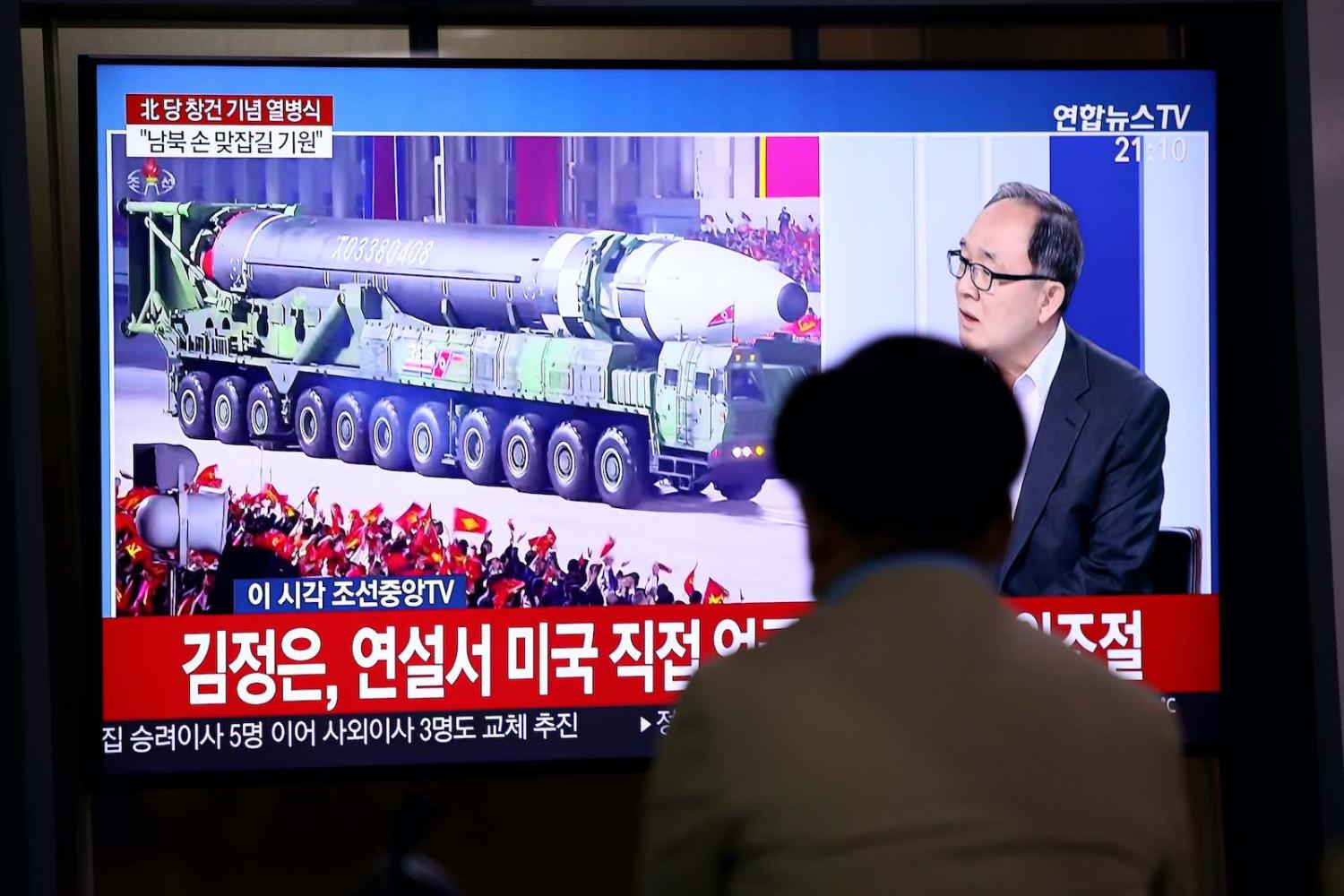 To restore your faith in the power of social media, I suggest logging on to Twitter just after a North Korean weapons parade.

Maybe “faith” is too strong a word here. In the heady days of 2011, we dared to hope that Twitter and Facebook would be the tools that toppled dictatorships all over the Middle East. Democratic enlargement never quite took hold, and since the Arab Spring we have seen China set an example for authoritarians around the world of how the internet can be disciplined and controlled.

The technical issues matter a great deal for the overall strategic situation.

But the internet and social media still have enormous benefits for seekers of evidence and truth. People who have deep expertise in niche subjects now have a global voice. Such people flourish when their pet subject hits the headlines, and that’s exactly what happens to weapons wonks when North Korea reveals a new missile, as it did during its weekend parade to mark the 75th anniversary of the ruling party.

Those of us who operate on the periphery of this subject – who need to know what a new missile can do but who don’t have the technical know-how to figure it out just by looking at photos – are the beneficiaries.

So just hours after footage of the weekend parade in Pyongyang emerged, for instance, I learned that the newly revealed missile was a monster-sized ICBM, or intercontinental ballistic missile, with enough range to hit the United States.

North Korea's new ICBM is much larger than the Hwasong-15 ICBM (~2 m in diameter). Here are two stills from the parade that help illustrate the difference. pic.twitter.com/dTNZkji72x

Now, North Korea has already tested an ICBM, so Twitter wonks speculated on why it might have developed a new and much bigger model. It’s all about how much weight the missile can carry. There’s a chance that this new weapon could carry several warheads or, perhaps more intriguingly, just one warhead and a bunch of decoys designed to overwhelm America’s missile defence system.

I also learned that the vehicle carrying the missile is hugely impractical. There aren’t many roads that a truck with 11 axles can traverse, and in any case, the wonks told me, the missile it is carrying is liquid fuelled. Liquid missile fuel is highly volatile and corrosive, which means this missile would need to be fuelled just before launch. That might take half a day and several fuel trucks, which rather undermines the whole point of putting the missile on a truck (to make it mobile enough to hide from enemy satellites and bombers). Still, some mobility is probably better than none.

If you want to dive even deeper into the details of the parade and the new ICBM, click on some of the Twitter links above; this account and this account are worth following too.

The technical issues matter a great deal for the overall strategic situation. If this new missile is real and is eventually made operational (neither is certain; there’s no evidence that the missile has been flight-tested yet), then it does reinforce the sense that America cannot guarantee the security of its homeland in the event of war with North Korea.

That’s hugely significant, because there really is no compelling reason for the US to risk one of its major cities to defend the Republic of Korea from the communist North. When the Cold War still raged, it made more sense. The Korean DMZ was just one front in a global struggle against Soviet-led communism. But now, it looks like a legacy problem for the US, one which was easy enough to manage for much of the post-Cold War period because North Korea was no danger to the US. Now, the problem takes on much bigger proportions.

In 2018 I proposed a solution: Trump should offer to withdraw US troops from South Korea, and in exchange North Korea would scrap its ICBMs. It remains a terrible idea, but it’s also the least terrible among all the options.

Previous Article
The false promise of regime change
Next Article
Why Myanmar’s elections won’t be free, fair or safe

I spent the last two years on the campaign trail. As I talked to people, I came to understand why Trump’s arguments for a reduced American role appealed. I couldn’t say the same for our arguments.
Alexandre Dayant 18 Jun 2021 11:00

With the next – and final – ballot set for December, consequences of a Yes or No choice are becoming clear.
Susan Hutchinson, Valerie M Hudson 2 Feb 2017 17:45