But there are lessons from other regional organisations in responding to a coup and political crisis. 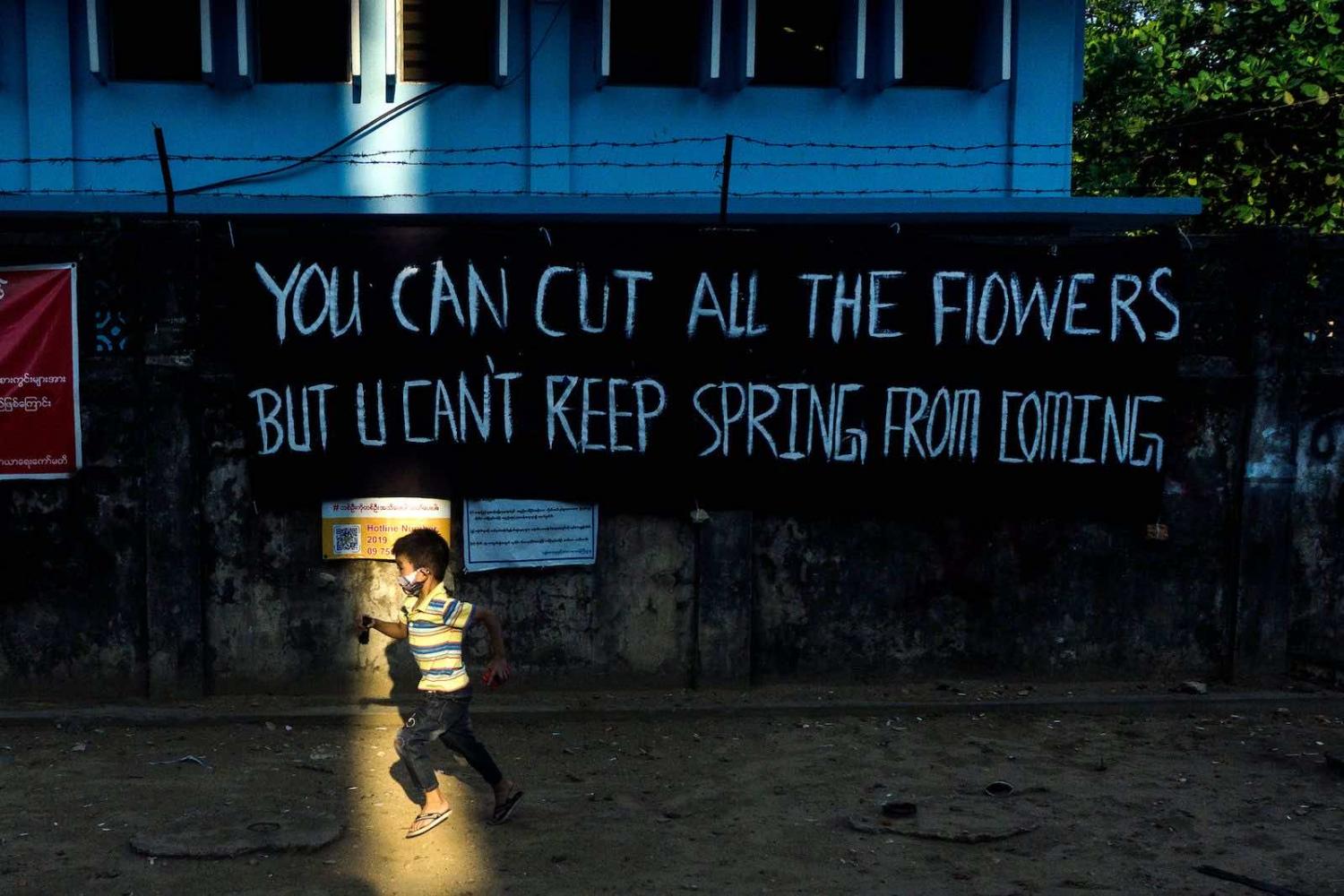 There is an anxious wait for the Association of Southeast Asian Nations to effectively intervene in Myanmar’s political crisis caused by the February 1 military coup. The Myanmar state is functionally failing. The country is spiralling into chaos with rising urban armed violence, civil war, a collapsing formal economy and thriving illicit economy, expanding  poverty, acute food insecurity, and a deepening refugee crisis.

ASEAN’s architecture is ill-equipped to deal with coups and the fallout. Its response to date has focused on encouraging dialogue between parties, but this is yet to change the behaviour of Myanmar’s generals.

Looking to other regional organisations around the world, what can ASEAN learn from the experience elsewhere in dealing with coups and political instability?

The African Union (AU), previously the Organisation of African Union, has a “zero tolerance” policy for military coups. This stems from a framework conceived in early 2000s on unconstitutional changes of government. This regional mandate has evolved over time; originally the organisation was established to contest neo-colonialism and foreign interference with a principle of non-interference among member states. Given the frequency of coups – between 1958 and 2012 there were 88 military coups in Africa – and conflicts, peace and stability became central to both the AU’s mandate and Africa’s development.

This role was recently tested. On 2 June, in response to another military coup in Mali, the AU announced it was again suspending the west African nation’s membership and threatened sanctions if the civilian-led government was not restored, steps which have previously helped to walk back a coup. This followed a suspension several days earlier by leaders of the 15-member Economic Community of West African States (ECOWAS) who imposed immediate measures of closing their borders and halting all financial transactions. Responses by both bodies showed member states working collectively, swiftly and decisively in the use of temporary punitive measures and dialogue support to correct unconstitutional behaviours.

Regional bodies with a mandate to deal with power grabs is not unique to Africa.

In the Americas, the Organisation of American States (OAS) developed the 2001 Inter-American Democratic Charter (IADC) to respond to the forcible overthrow of democratically elected governments or erosion of the democratic order in states (for instance, not holding elections or disregarding constitutional procedures). Key features of the charter include the ability to apply sanctions on member states that violate norms. Notable uses of the charter include successful efforts to roll back the 2009 Honduras coup through the IADC.

Empirical evidence analysing the mandates taken on by the AU and the OAS show a 50% decline in the propensity of coups across periods of more than 40 years. Supporting case studies also demonstrate the effects of disincentives created by regional bodies through their mandates and associated norms.

While each regional body will have its own framework, context and histories, each political community is reliant on the maintenance of effective, legitimate, and stable states, and their cooperation. Unbridled political instability, unconstitutional behaviour and power grabs which increase risks of state failure are no longer curtained off as domestic matters. They are tackled as central regional challenges given that the core unit of the region’s security, the state, is put in danger.

Of course, there is not one perfect model to deal with coups and unconstitutional behaviours among members of a regional political and economic community. The AU, for instance, has been criticised for double standards on coups compared with lifelong leaders who reject term limits (deemed “constitutional coups”). Yet regional organisations have shown in the past 20 years that they often have the greatest clout and moral persuasion to effect change.

The Myanmar coup presents to ASEAN the most serious threat to the importance of its regional diplomacy since the Cold War. ASEAN is used to running damage control diplomacy in response to imbroglios caused by the Myanmar military, notably including the 2007 violent crackdown on monks and citizens and the 2017 Rohingya crisis with an exodus of over 700,000 refugees. The 2021 crisis brings ASEAN into deeper chaos with the illegal power grab resulting in two separate governments claiming to represent Myanmar – the junta, who have limited control over territory and no legitimacy, and the National Unity Government (NUG) of elected officials with democratic legitimacy and no control over territory. The messy effects of the political crisis will increasingly affect countries in the region.

The ASEAN Myanmar summit held in Jakarta on 24 April created a five point consensus, including the cessation of violence and appointment of a special envoy to assist with dialogue between parties, neither of which has happened.

Despite regional implications, there is a lack of unity and continued reluctance among ASEAN members to embrace temporary punitive measures.

If the management of coups and unrest elsewhere can serve ASEAN, the modus operandi appears to be, first, move quickly and collectively in the use of temporary punitive measures alongside negotiations and opportunities for dialogue to elicit changes in behaviours. Second, develop a strong framework for dealing with political instability, unconstitutional behaviour and coups, which can also serve to prevent this type of behaviour through the use of disincentives.

ASEAN has international support to deal with the crisis in Myanmar – from the UN, to China, the US and Australia – yet has not proven capable of effectively managing the cunning of the generals, or the grievances of the Myanmar population. Despite regional implications, there is a lack of unity and continued reluctance among ASEAN members to embrace temporary punitive measures.

The Myanmar coup and crisis calls on ASEAN for bold responses and normative entrepreneurship. It also brings attention to gaping holes in its framework for managing regional security challenges. The ASEAN Political-Security Community (APSC) Blueprint 2025, while conceiving that the security of each member state in ASEAN is “fundamentally linked to one another”, falls short of outlining ways to deal with regional insecurity caused by rogue or unconstitutional behaviour by member states.

Beyond touting non-interference, ASEAN has some positive examples of supporting political crises, such as conflict resolution in the case of Cambodia. Plausibly, non-invasive punitive measures could be used while adhering to principles of non-use of force or threat of force to promote shared regional security.

Will ASEAN adapt new approaches to change the behaviour of the generals in Myanmar given the stalemate? Can ASEAN’s intervention help prevent deepening state failure, or worse, state collapse in the region? ASEAN has not yet passed or failed its litmus test, but just like Myanmar it is on the brink.

Even 50 years later, acknowledging and correcting mistakes seems as hard for policy-makers as ever.
Leanne Smith, Claire E Brolan 23 Jun 2020 15:00

The Sustainable Development Goals are not only for poor nations – they offer a policy roadmap for Australia, too.
Greg Colton 29 Jun 2017 11:41

Ultimately, the legacy of RAMSI will not be measured by what was achieved over the last 14 years, but by what happens in the future.