From fill-in to full-time Foreign Minister

Marise Payne’s experience in defence and security has been obvious, but what more will drive her diplomacy? 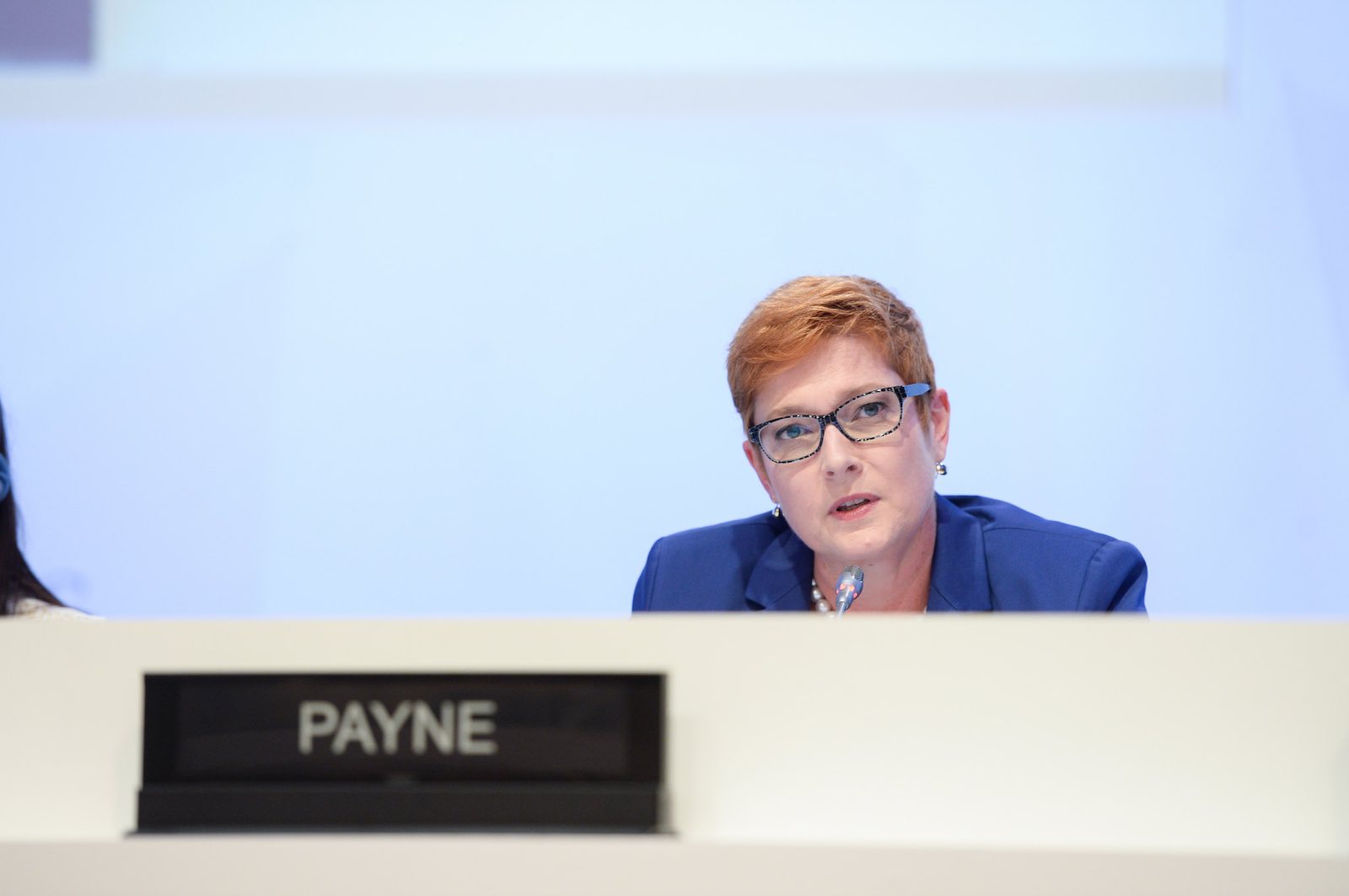 On Sunday Prime Minister Scott Morrison announced that Marise Payne will be Minister for Foreign Affairs in his post-election cabinet. Selected to take over the portfolio last year after Julie Bishop’s resignation (and reportedly at her recommendation), Marise Payne had just eight months in the role before the election was called.

As previous minister for defence and a veteran of 21 years in parliament, Payne was seen as a safe pair of hands. She managed the portfolio – including publicised visits to China, Indonesia (twice), India, the United States (twice), Thailand, Myanmar, New Zealand, Papua New Guinea (twice), Nauru, France, Britain, plus Brussels and Geneva – without causing any negative media stir.

No gaffes. No controversy. About the worst she was accused of was being super-cautious. Assuming this was the brief she was given by the Prime Minister, she fulfilled it admirably.

Now Payne has the chance to put her own stamp on the position. What passions might she bring to the role?

To be fair, foreign ministers are required to cover everything: they don’t get to decide that they are just not that into one continent or another. And then they need to deal with events (or as I think of them, events, dear boy, events). A global crisis can quickly become the defining issue in their term.

There is relatively little discretionary time for things that they don’t have to do, but just want to do. However, there is some.

For example, Julie Bishop was passionate about the New Colombo Plan, a program that has given 50,000 young people the opportunity to live and learn in Asia. Other areas included women’s economic empowerment and innovation in Australia’s aid program.

Based on Payne’s 11 formal speeches in the role, what indications are there of the passions she might pursue when she can?

In her speeches to date, there’s a definite sense of continuity with her previous job as Defence minister. Security is brought to the fore – as the first duty of the Australian government – and economic issues can feel less central, more as a means to protect ourselves and stay safe.

Clearly Payne will continue with Australia’s economic diplomacy. She’s made strong statements supporting the India Economic Strategy and announced measures to increase business’ role in aid delivery. But I don’t think her passion project will come from the economic agenda. She’s more likely to ask “where is the battlefield today?”.

Payne is strongly focused on the region, defined as the Indo-Pacific. (In her speeches, “Asia” as a region is not referred to, the only references are sub-regions such as Southeast Asia and the names of specific institutions, such as the East Asia Summit). She makes the case that the Indo-Pacific is key to Australia as the most dynamic region in the world.

She is also very focused on the Pacific Islands, describing Australia as having a unique role to play. In her first speech she noted that she comes to her new role as with “valuable experience of the concerns and aspirations of the Pacific, built indeed over many years”. Her first international visit was to Nauru for the 2019 Pacific Islands Forum and she’s announced initiatives such as a Pacific Fusion Centre and expansion of the Pacific Labour Scheme.

A role for Australia

The words used to describe Australia’s international role can be revealing, whether it’s Kevin Rudd’s “creative middle power diplomacy”, Malcolm Turnbull’s enthusiasm for living in “the most exciting times in human history” or Bishop’s attempt to convince Australia it’s a “top 20 nation”.

Foreign ministers are required to cover everything … A global crisis can quickly become the defining issue in their term.

Payne hasn’t settled on a repeated phrase yet, but the concept is clear: an Australia that is “engaged and active and agile” in advocating its position and is “an independent and clear voice seeking to shape our region for the better”.

In saying what Australia stands for, she is succinct: “we stand for an international order based on rules and cooperation.” Her speech to the UN General Assembly recognises “the reality of a world in which the power of great states shapes the international system” but holds true to the simple proposition that we are safer in a world managed “by agreed rules rather than by the exercise of power alone.”

Her Australia is pragmatic; in a time of rising nationalism and geo-political competition the response is to “defend our interests and be in a position to take advantage of the opportunities that are presented”. In a more competitive and contested era, it needs to be self-reliant: “Australia is taking responsibility for our own security and prosperity.”

But rather than being buffeted by the “more uncertain, competitive and contested world”, Payne offers a real sense that Australia has agency, weight and influence to try to shape a region that is favourable to its interests. A clear area of passion will be setting rules and norms in what she calls “the great project of an inclusive, secure and prosperous Indo-Pacific.”

As a parliamentarian, Payne has a reputation for caring about human rights, good governance and civil society. There is a sense of this in her launch of Australia’s Strategy for the Abolition of the Death Penalty and remarks on freedom of expression, religion and belief at the UN Human Rights Council. It’s easy to imagine other projects fuelled by this passion.

Payne is also avowedly a feminist and is on the record encouraging women in defence and security. On Sunday she was also named as Minister for Women, giving the potential for synergy between these roles.

As a careful minister, it’s hard to be sure what mark Payne will make in her first full-term. Of her speeches, only the one to the Australian Institute of International Affairs set out to give a broad vision for the role. But there are indications.

I applaud her commitment to engaging with Australia’s region. And I hope the release of the Soft Power Review sparks a focus on how Australia can influence behaviour and thinking in the region through the power of attraction and ideas.