A DFI would expand Canberra’s development toolkit and re-establish the country as a serious financing partner in Asia. 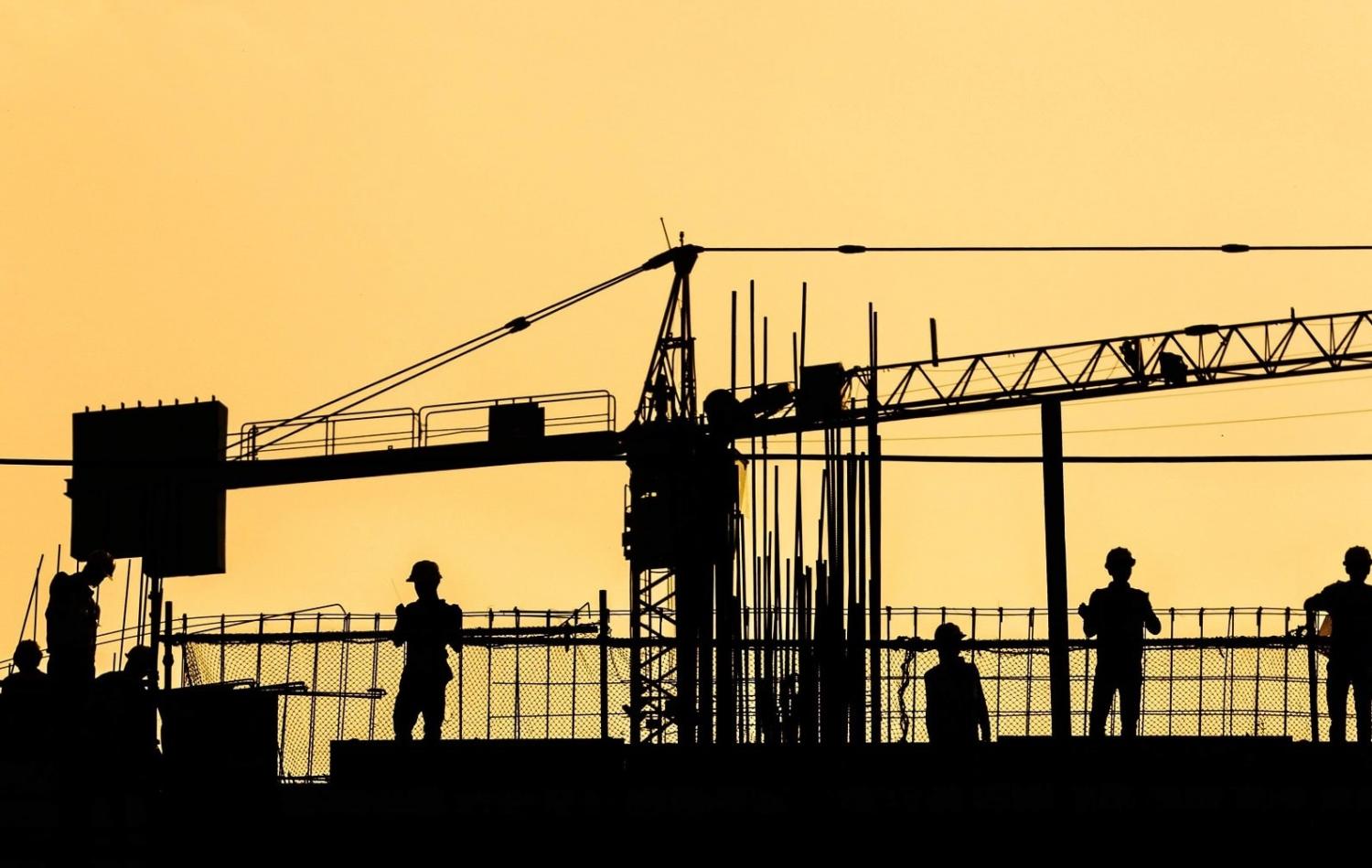 The Australian government has recently announced a Development Finance Review. One big idea actively under consideration is establishing an Australian development finance institution, or DFI.

The idea of an Australian DFI has been around for a while, with mixed support from Australia’s development policy community.

In recent years, the Australian government has established some DFI-like financing capabilities within the Department of Foreign Affairs and Trade and Export Finance Australia, the country’s export credit agency. The question now is whether to continue building in such capabilities or take the leap to create a dedicated bilateral DFI.

The idea of an Australian DFI has been around for a while, with mixed support from Australia’s development policy community. Done properly, however, there are at least five reasons why establishing a DFI could be among the most effective ways for Australia to significantly step up its overseas development contributions, especially in Southeast Asia.

Developing economies in Australia’s region face huge financing gaps, running well into the hundreds of billions of dollars every year – for pandemic recovery, for infrastructure, to meet the Sustainable Development Goals, and to confront the challenges posed by climate change.

A DFI would provide a powerful way to scale up Australia’s overseas development finance. First, by mobilising greater private finance for development – through co-investment, structured financing, and other de-risking support (i.e. “blended finance”). Second, through increased use of instruments such as loans and guarantees – which can deliver greater scale at lower cost to Australia compared to grants. Third and most significantly, if structured as a bank by raising funds directly from capital markets – leveraging up any initial government capital to mobilise a much larger sum of total financing.

The presence of relatively large and dynamic emerging economies such as Indonesia and Vietnam means achieving greater financing scale is critical.

Crucially, this is mostly about Asia, especially Southeast Asia – given the government’s continued focus on Australia’s immediate region. The presence of relatively large and dynamic emerging economies such as Indonesia and Vietnam means achieving greater financing scale is critical. It also makes the methods of a DFI – blended finance, less concessional assistance, and the development bank model – far more appropriate compared to the Pacific Islands, where grants are mostly needed.

A DFI would expand Australia’s development toolkit. Grants are necessary for helping less developed economies, the extreme poor, and for most social sector projects. DFIs by contrast are well suited to supporting emerging economies, promoting general economic growth, and for infrastructure and private sector development projects in particular, where financial returns can often be expected.

Optimising the mix of Australia’s development instruments is important. For instance, to the extent that DFAT currently uses grants in areas that can instead be supported by a DFI, more grant financing can be freed up for countries and projects that truly need it, allowing aid in these areas to increase.

Evidence on the specific effectiveness of DFIs is more limited compared to that on traditional aid, particularly regarding the degree of “additionality” – i.e. benefits that would not have otherwise occurred – when supporting private sector investment. Nonetheless, the available evidence suggests DFI investments are generally associated with positive effects for job creation and economic growth.

More practically, if the government does indeed choose to significantly expand its use of development financing instruments, then it makes sense to have a specialised DFI with the expertise and purposefully designed institutional arrangements to do so most effectively.

A DFI would give Australia not only the scale to matter again outside the Pacific but also the branding needed to enhance its overall soft power in the region.

Soft power was something Australia’s former aid agency, AusAID, had in spades before it was integrated into the current DFAT structure. Australia’s partners in developing countries knew what AusAID was and that, for any shortcomings, it was there to help.

AusAID might not be coming back. But some of the soft power benefits it provided could be replicated through a DFI – rather than integrating any enhanced development financing capabilities into a department primarily charged with pursuing Australia’s direct national interests or an export credit agency mostly geared towards supporting the commercial interests of Australian firms.

Another alternative would be increasing Australia’s financing contributions to multilateral DFIs such as the International Finance Corporation. In development terms, that might have its advantages. But the soft power benefits would be significantly diluted.

The Australian public appears supportive, and increasingly so, of Australia’s overseas development efforts. But even politicians who want to do more are wary about a potential political backlash. The thwarted efforts of a decade ago to scale up Australia’s aid program and strengthen AusAID are seared into memory – with the subsequent deep budget cuts and abolition of AusAID a disheartening case of two steps forward, five steps back.

The United Kingdom for instance recently followed in Australia’s footsteps by subsuming its well-regarded Department for International Development into the foreign office and cutting its total aid budget. Nonetheless, the United Kingdom has simultaneously beefed up the role of its DFI, targeting billions of dollars in investment. Even the nativist Trump administration transformed the Overseas Private Investment Corporation into a full-fledged Development Finance Corporation, motivated by geostrategic imperatives to compete with China.

There is a spectrum of options for enhancing Australia’s development financing capabilities – with a dedicated DFI at one end and simply giving DFAT and EFA more DFI-like abilities at the other. The choice primarily comes down to scale and ambition.

A DFI would give Australia the means to once again be a serious development partner in Asia.

On scale, while there is uncertainty as to how much private finance might realistically be mobilised through blended finance, there seems considerable scope to usefully deploy sizeable amounts of DFI support directly to partner governments. The review will need to consider this more fully, but that suggests sufficient baseline economies of scale exist to justify the creation of a dedicated new entity.

The more pertinent question is therefore about ambition. A DFI would give Australia the means to once again be a serious development partner in Asia, including in making a material contribution to meeting the region’s sizeable climate financing needs. It would be the biggest reform to Australia’s overseas development capabilities since AusAID was folded into DFAT almost a decade ago. Making it a success would be a significant and long-term undertaking. But it would be an ambition fully in line with the substantial multi-decadal challenges facing Australia and the region – from delivering on sustainable low-carbon development to the battle for influence in a contested Indo-Pacific. 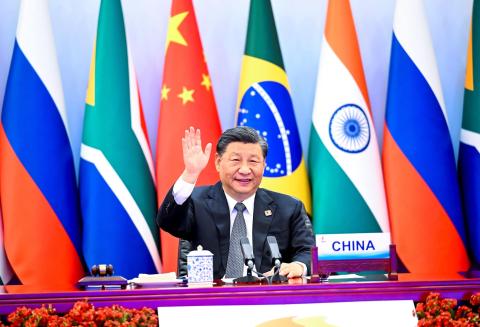 The key for the Australian Government now is shifting from seeing the internet as a tool of communications to leveraging it as a tool of foreign policy.
Peter Layton 4 Aug 2021 06:00

The military should be restructured with a dedicated element to better tackle relief operations full-time.
Henry Sherrell 19 Jul 2019 09:00

Hundreds of Kiwis have had Australian visas cancelled and a new law could see the trans-Tasman dispute yet grow worse.