Prosecution of war crimes in Ukraine are crucial to maintain international law and the peace and security it promotes. 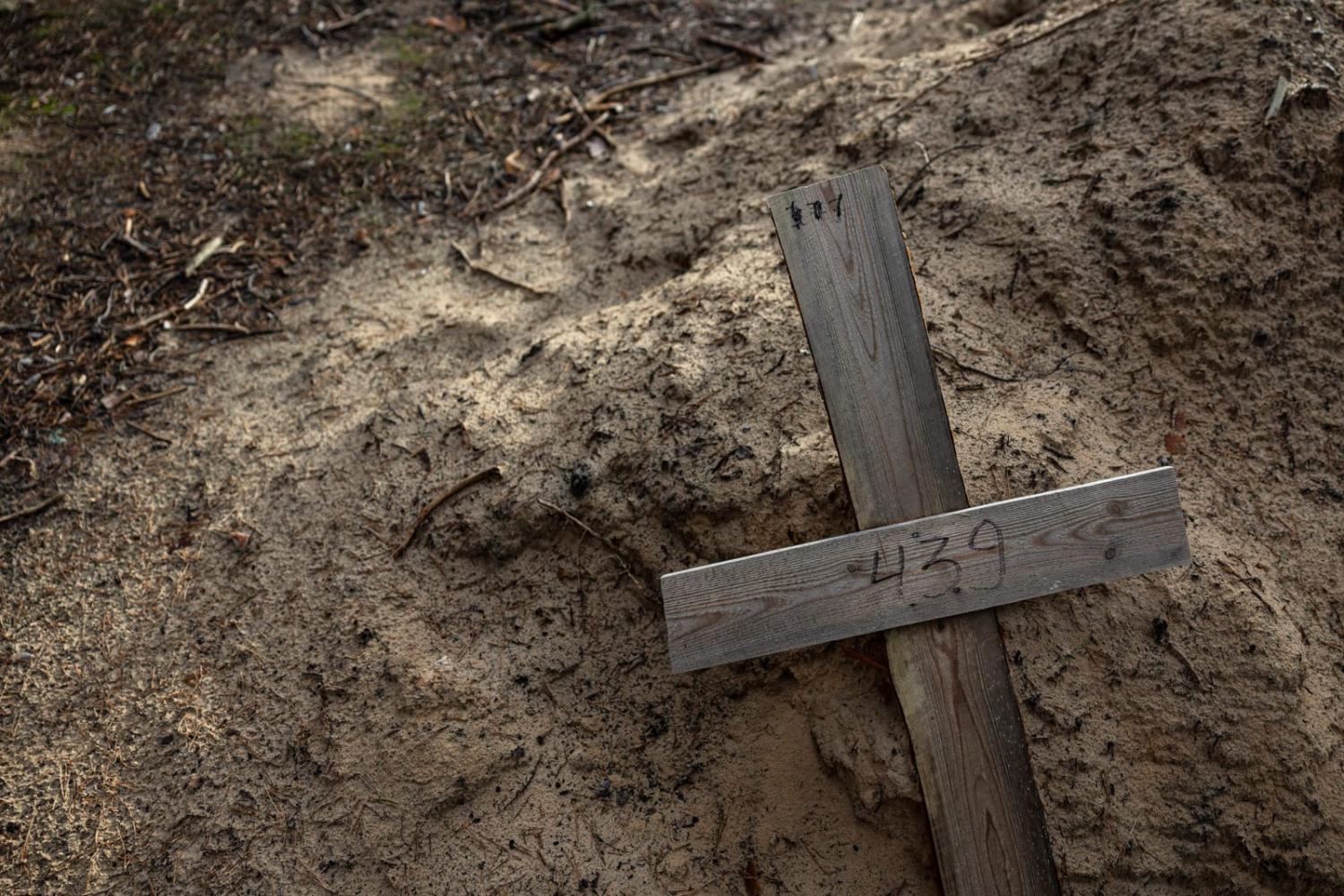 Following the Russian invasion of Ukraine, proceedings have begun in more than 200 cases of alleged war crimes and over 50,000 war crimes files have been opened, according to the UK government (Sameer al-Doumy/AFP via Getty Images)
Published 12 Jan 2023

As evidence of and investigations into war crimes committed by the Russian military during the invasion of Ukraine continue to be reported, consideration has also been applied into how Russian war criminals can be brought to justice. According to the UK government, proceedings have begun in more than 200 cases of alleged war crimes and over 50,000 war crimes files have been opened as of January 2023, but questions remain as to how a nuclear superpower, its leaders, and individuals involved can successfully be held to account. Allegations have also been levelled at Ukrainian forces, which the United States has said it is monitoring and the government is Kyiv has pledged to investigate amid urging this will add pressure to Russia.

International Military Tribunals were convened at Nuremberg and Tokyo the end of the Second World War to prosecute senior leaders of Nazi Germany and the Empire of Japan for crimes committed during the conflict, but these Tribunals and their mandate came about because of agreement by the major powers of the time. Finding such a contemporary consensus through the United Nations is unlikely where Russia holds a veto within the Security Council and has already utilised that power to block resolutions demanding a halt to its invasion of Ukraine.

The chance of justice being served at higher levels of the Russian military and political system are likely slim, but work has already begun on prosecutions.

Other multilateral bodies such as the European Union could convene tribunals, as the EU’s judicial agency Eurojust has already deployed investigation teams into Ukraine. Any potential tribunal would likely be without the support of powers such as India and China, who have abstained in votes on UN condemnation, perhaps considering the discounted oil they have been purchasing from Russia since the invasion began as a part of their calculus.

Even if tribunals were eventually convened, they could likely still be ineffective in prosecuting individuals who have not been captured, other than in absentia.

Russia never signed the 1998 Rome Statute and thus the International Criminal Court technically holds no jurisdiction over the nation (and likewise neither is Ukraine a signatory), while the Council of Europe and the European Court of Human Rights lost jurisdiction after Russia was removed from the grouping in March last year. Russia remains an undefeated power, unlike other nations or leaders that have been held to account for war crimes in the past, and so could simply refuse to cooperate.

Russian nuclear capability further supports its obstinance, wielding the nuclear card in attempts to intimidate Ukraine into capitulation and to deter other countries from direct intervention following the invasion. The Doomsday Clock, intended by the Bulletin of the Atomic Scientists as a symbolic guide to the threat of human extinction, already sits at 100 seconds to midnight, representing the world’s vulnerability to catastrophe from nuclear weapons, as well as climate change and disruptive technologies in other domains. Russia’s invasion of Ukraine was seen as a nightmare scenario for potential atomic escalation after Putin’s threats of nuclear first use if NATO stepped in to help Ukraine. Such a nuclear sword of Damocles restricts the boundaries of how far Russia can be pushed to cooperate with any current and potential war crimes prosecutions.

Russia has escaped meaningful prosecution for crimes committed in Chechnya, Georgia, and Syria.

The chance of justice being served at higher levels of the Russian military and political system are likely slim, but work has already begun on prosecutions. Ukraine has accepted the ICC’s jurisdiction for crimes committed within its territory, while in October Ukraine filed court papers against 45 suspected war criminals and a further 186 suspects were notified in absentia. The Ukrainian team of prosecutors are a joint endeavour of states such as Poland, Latvia, Ukraine, and the Office of the Prosecutor of the International Criminal Court. Other multilateral support has come in the form of 43 states, including Australia, referring Russia to the Court over the situation in Ukraine in March and April last year. More than 40 states combined again to issue a joint statement supporting Ukraine in its proceedings against Russia at the International Court of Justice in July.

Aid to Ukraine must include supports for the work of the ICC and war crimes prosecutors in Ukraine, who are under-resourced and still pursue investigations in other parts of the world concurrently with those in Ukraine. This is particularly salient for aid to local Ukrainian judicial authorities and infrastructure to continue prosecutions, which should take the form of not only financial resources, but international legal expertise and support. When negotiations inevitably begin in earnest for the cessation of the war, the prosecution of war criminals within the Russian military must also be included in deliberations to ensure that justice is served.

Tuvalu has no sunscreen, kickboxing titles in PNG, the ADB in Fiji, plus links from the Pacific islands region.
John Edwards 17 Apr 2019 10:00

When tackling China over subsidies, countries might reflect on which comparable industry support they might forgo.
Matthew Dal Santo, Johannes Riber Nordby 22 Nov 2016 12:40