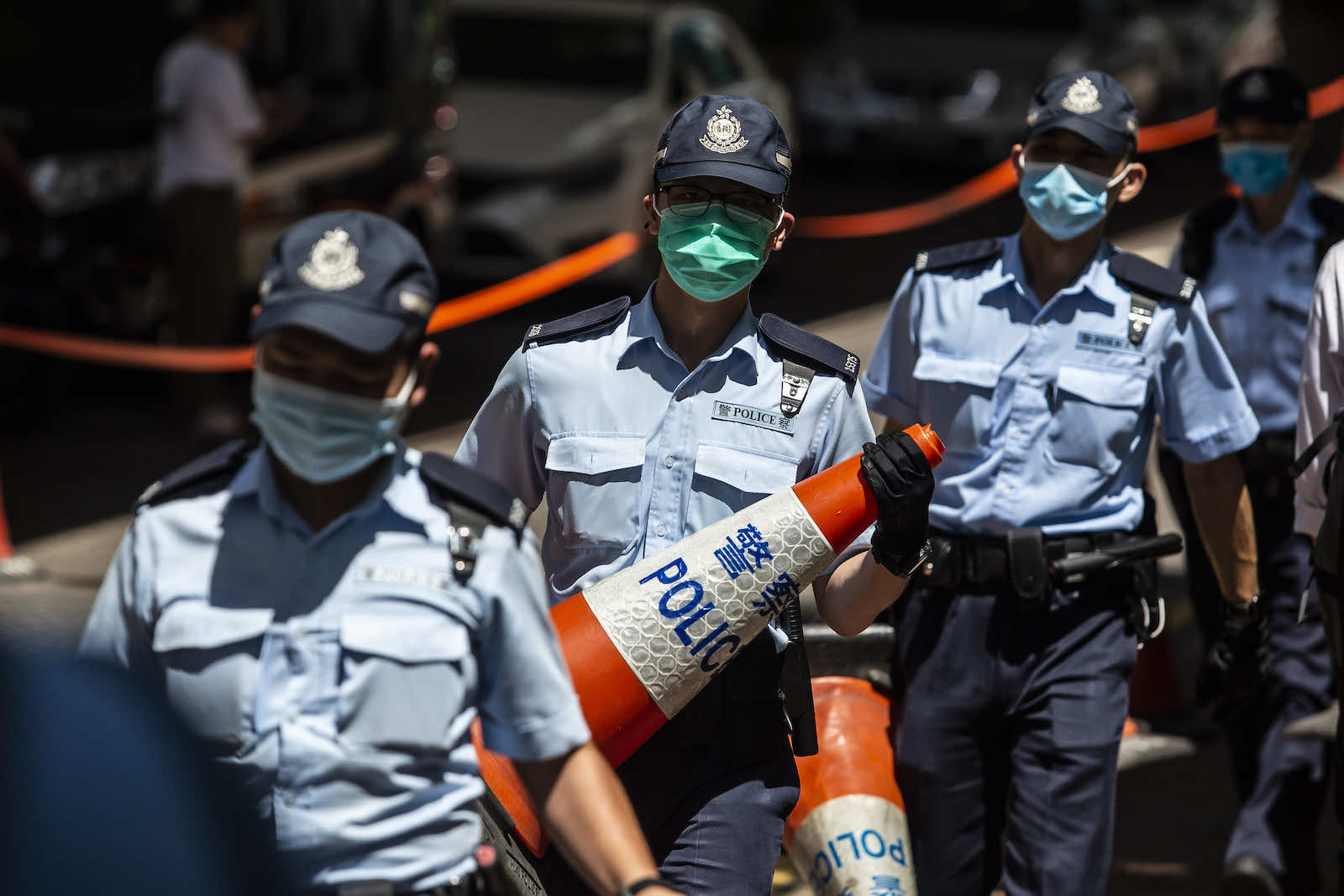 Last Friday, 24-year-old Tong Ying-kit was sentenced to nine years in prison under the so-called Hong Kong National Security Law (HKNSL), although its official title – The Law of the People’s Republic of China on Safeguarding National Security in the Hong Kong Special Administrative Region – is more indicative of its resolve. The 2020 law co-opts the entire Hong Kong administration and reveals a lot about how modern China v2021 sees itself and its place in the world. Tong’s case was pitched by Beijing for maximum international and domestic coverage. And it's just the beginning.

Hong Kong authorities alleged that on 1 July 2020, Tong, a waiter, rode a motorcycle that collided with police while he was bearing a flag with the popular slogan “Liberate Hong Kong, revolution of our times”. The incident occurred during mass protests against China’s growing influence over Hong Kong’s administration that gridlocked the nominally autonomous region throughout 2019 and 2020. Tong’s case was much anticipated as he is the first person to be sentenced of around 60 others awaiting trial under the controversial law. The spotlight will intensify as higher-profile individuals charged under the law, such as the founder of Apple Daily newspaper, Jimmy Lai, are processed (He had already been sentenced to a total of 28 months incarceration on multiple charges stemming from his involvement in pro-democracy protests in 2019.)

The extradition laws that so worried many Hong Kongers seem now to be in place.

The HKNSL includes many dangerously interpretive provisions and raises numerous red flags for anyone concerned about civil and human rights, democracy and rule of law in Hong Kong.

The term “national security”, for instance, becomes more or less meaningless in the context of the HKNSL.

Officially, “national security” is defined as defending against “secession, subversion, organisation and perpetration of terrorist activities, and collusion with a foreign country or with external elements to endanger national security.” In truth, anyone deemed to be acting counter to the views of the Chinese Communist Party (CCP) is effectively a national security threat. This potentially includes journalists, lawyers, activists, politicians and non-governmental organisation workers. It even includes foreign nationals, who can be charged in absentia.

Despite this fluid definition, according to a chilling directive in Article 10 of the HKNSL, “The Hong Kong Special Administrative Region shall promote national security education in schools and universities and through social organisations, the media, the internet and other means to raise the awareness of Hong Kong residents of national security and of the obligation to abide by the law.”

Among the many core concerns around the new law are clear indications that the extradition laws that so worried many Hong Kongers seem now to be in place. The Office for Safeguarding National Security of the Central People’s Government in the Hong Kong Special Administrative Region – the new mainland body introduced to overarch the HKNSL – can take any given case away from Hong Kong courts, which seems to suggest that suspects could, and will, be held and tried on the mainland. In such cases, according to the law, judges can operate in secret and make decisions, as in Tong Ying-kit's case, without a jury or any disclosure of due process. Judges on such cases will not be subject to any Hong Kong laws other than the HKNSL.

As such, rather than extradite Hong Kongers to the mainland – an aim so many Hong Kongers have feared and protested against – Beijing has effectively brought the mainland to Hong Kong. Hong Kong is a Chinese legal zone now, and has lost whatever independence it might have had. Extradition is something of a redundant term.

Those in the United States-European Union power block, which includes Australia, may have thought that, despite the 1997 handover, Hong Kong was an extension of their vision and power – a “Western” enclave in communist territory. Beijing just proved the myth of that assumption.

While the current law is certainly aimed at quashing dissent in Hong Kong, it is also intended to show the world just what Beijing believes its money and power has bought.

The new law has been cast as an “insecurity law”, but perhaps it is a sign that Beijing is growing more confident in its ability to stare down international criticism.

To best understand that, it’s worth making the point of difference between Beijing’s two attempts at the HKNSL. The first, in 2003 – the National Security (Legislative Provisions) Bill – was brought in just six years after the handover from the British. China then was a very different country, less confident, more willing – still in the shadow of Deng Xiaoping – to concede ground to liberalism in the interests of economic growth and engagement, and less powerful in relative terms.

The 2003 version was introduced on the cusp of a leadership shift from Jiang Zemin to Hu Jintao. Hu, like Jiang, was close to Deng and went on to adapt the ancient concept of “Harmonious Society” while in office. This ideal, while more propaganda than promise, sought to present an open hand, both domestically and internationally.

In this vein, Hu’s approach to the protests around the first HKNSL attempt was far more conciliatory, open and accountable than the 2019–20 effort under President Xi Jinping. The 2003 Bill was shelved and the protesters ultimately won. Or so it seemed.

In 2003, the law was considered counterproductive. Now, it seems it is an asset as Beijing presents a more muscular, and singular, vision of itself.

While the current law is certainly aimed at quashing dissent in Hong Kong, it is also intended to show the world just what Beijing believes its money and power has bought: an ability to snub global opinion and to enact its own version of nationalist chest-thumping.