State elections will test whether diversity in local politics can steer the country away from one-party dominance. 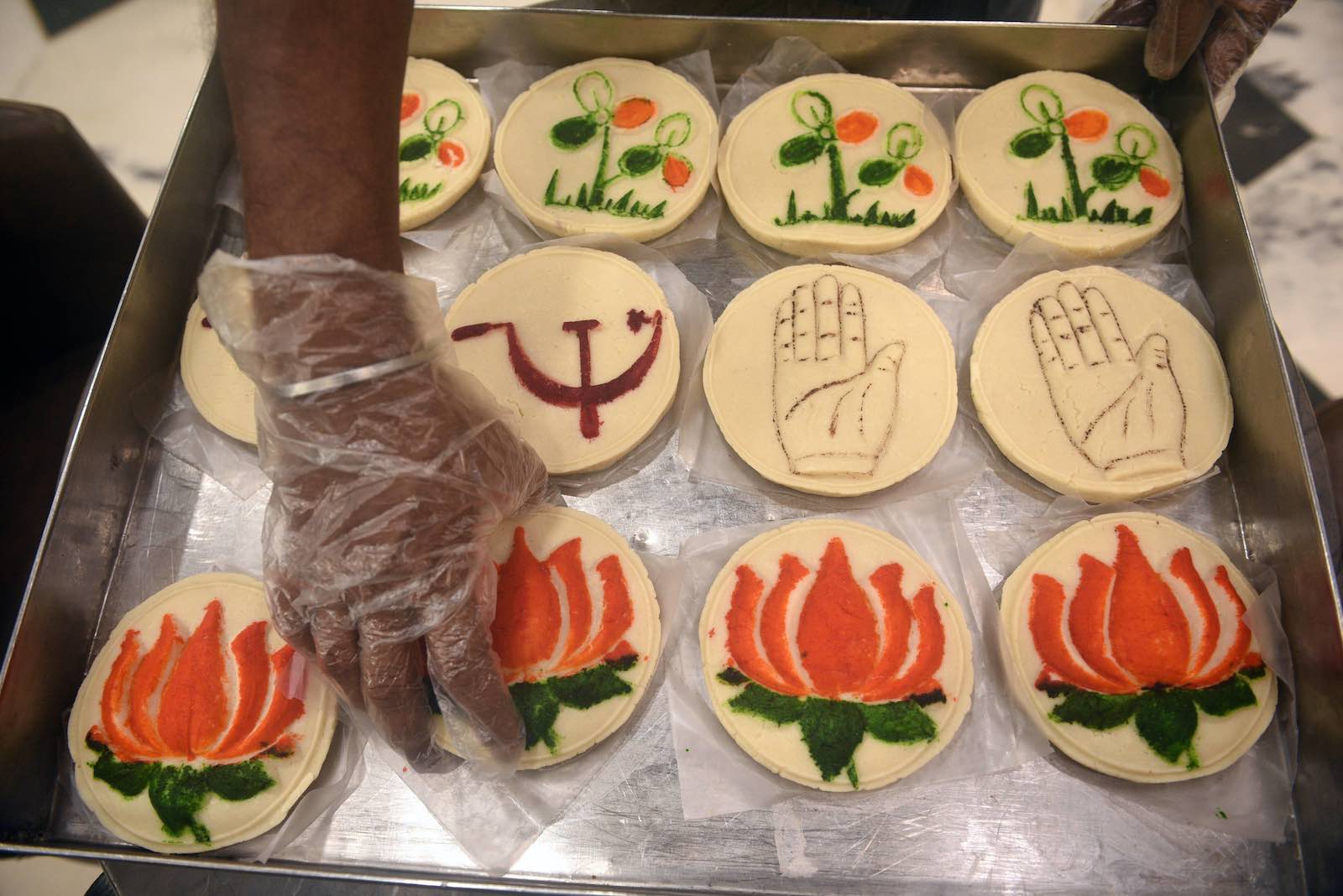 With five state elections to be contested in coming weeks, India is heading back into election mode: alcohol shops are being shuttered, petrol prices have been cut to appease voters, and top leaders of both the ruling Bharatiya Janata Party (BJP) and the main opposition party Congress have been jetting across the states to address rallies in the hopes of bolstering their parties’ chances.

Some commentators say these elections are absolutely critical in determining whether India remains a functioning democracy, or slides into becoming a one-nation, one-party state. It’s a bit hyperbolic, but there is no doubt that these elections are being watched keenly as an indication of what India’s political future might hold.

In the south, Tamil Nadu, Kerala and the union territory of Pondicherry are heading to the polls, while in the north-east and east, Assam and West Bengal are also voting. Most polls are being held in stages from 6 April, although some begin this weekend.

Each state is vastly different: linguistically, culturally and politically, and none bears much resemblance to Prime Minister Narendra Modi’s heartland.

Indian politics is confusing enough to begin with, but a state-by-state breakdown and a look at the internal dynamics can leave you feeling like you are drowning in an alphabet soup of acronyms.

Each state is vastly different: linguistically, culturally and politically, and none bears much resemblance to Prime Minister Narendra Modi’s heartland of Gujarat, or New Delhi or elsewhere in the north. Only one of the states, Assam, has a BJP government, that too as part of an alliance. Others are ruled by local parties which more closely represent local norms and values, such as the leftist “Left Democratic Front” alliance in communist-leaning Kerala, and the iconoclastic Mamata Banerjee in West Bengal.

It is West Bengal that is considered the key contest in this slate of elections – and is the most fiercely fought. Already, the incumbent Chief Minister Mamata Banerjee has weathered what could have been an attack or just an accident, when a car door was shut hard on her leg, leaving her injured. (Although she was back on the hustings four days later.) She, along with her All India Trinamool Congress party (TMC), has ruled the state for a decade and remains deeply popular, despite rumblings of anti-incumbency and Modi’s growing popularity among the state’s urban male youth. Political analysts warn that if the BJP wrests control from TMC, then it will be taking another geographically, strategically and economically important state, and further consolidating its reach beyond north India.

TMC in turn took control after defeating the Communists in 2011, who had long been a force in state politics. TMC has, in its decade in power, gained notoriety for being volatile, unpredictable and prone to switching sides, and at the same time taking strong ideological stands to protect West Bengal’s underprivileged sectors, for which they garnered scorn and respect in equal measure. It’s also worth noting that TMC is the party of an emerging politician in the mould of US Congresswoman Alexandria Ocasio-Cortez, a young woman unafraid of calling out what she sees as bad governance. Mahua Moitra, a one-time JP Morgan investment banker, quit her London job to join Indian politics, and has gained attention for articulate parliamentary speeches calling for more government accountability.

Voting in West Bengal begins on Saturday 27 March, with a total of eight phases running over a month.

The neighbouring state of Assam, where polls also open on Saturday, the BJP is in power, albeit as part of an alliance with two local parties. Assam is a special case due to its location in the country’s north-east, which is culturally and linguistically distinct from the mainland, and is the largest state in the region that borders Bhutan, Nepal, China, Myanmar and Bangladesh, and sees a lot of cross-border migration, particularly from Bangladesh. Assam is also unique in being the only major Indian state to have had a Congress government in power for three consecutive terms in recent history.

The BJP is taking the challenge seriously, with Modi having flown in earlier this week to appear at a rally, while Congress too flew in its main representatives, Rahul and Priyanka Gandhi. Congress, also contesting in an alliance with local parties, is considered to have an advantage here with a promise to abolish the controversial Citizenship Amendment Act, while the BJP has reaffirmed its commitment to implement it.

Down south, Tamil Nadu is ruled by the regional All India Anna David Munnetra Kazhagam (AIADMK), which is hoping to win a third consecutive term. It is, rather confusingly, an offshoot of the main opposition party, Dravida Munnetra Kazhagam (DMK). The AIADMK is contesting in an alliance with the BJP and a number of other local parties. Seen as an interloper from the north, the BJP really needs the help of its local partners, particularly with the opposition campaigning by drawing attention to their outsider status.

Neighbouring Kerala is another state with a strong history of communism. For almost four decades, Keralan voters have alternately voted into power the Left Democratic Front (LDF) and the United Democratic Front (UDF).

Given past voting patterns, it’s likely that UDF will win, particularly with its campaign platform which, apart from various generous welfare measures, wants to bring in a Ministry of Happiness.

Pondicherry is a small union territory, just a city really, about three hours’ drive north of the Tamil Nadu capital Chennai. The former French colony, now officially renamed Puducherry (although is hardly ever called that) is tiny, and concerns are mostly local: water, electricity, unemployment. It has been under presidential rule since its elected Congress-led government collapsed earlier this year. Still, the alliance is expected to regain power in the 6 April poll. Confusingly, it too is called NDA, although is ideologically different to its namesake in Kerala.

India’s growing right-wing intolerance at the national level has so far failed to take hold in large parts of the country. The results of these elections will reveal just how far the mood has shifted.