Eliminating various tariff and non-tariff barriers to trade must be balanced against domestic needs. 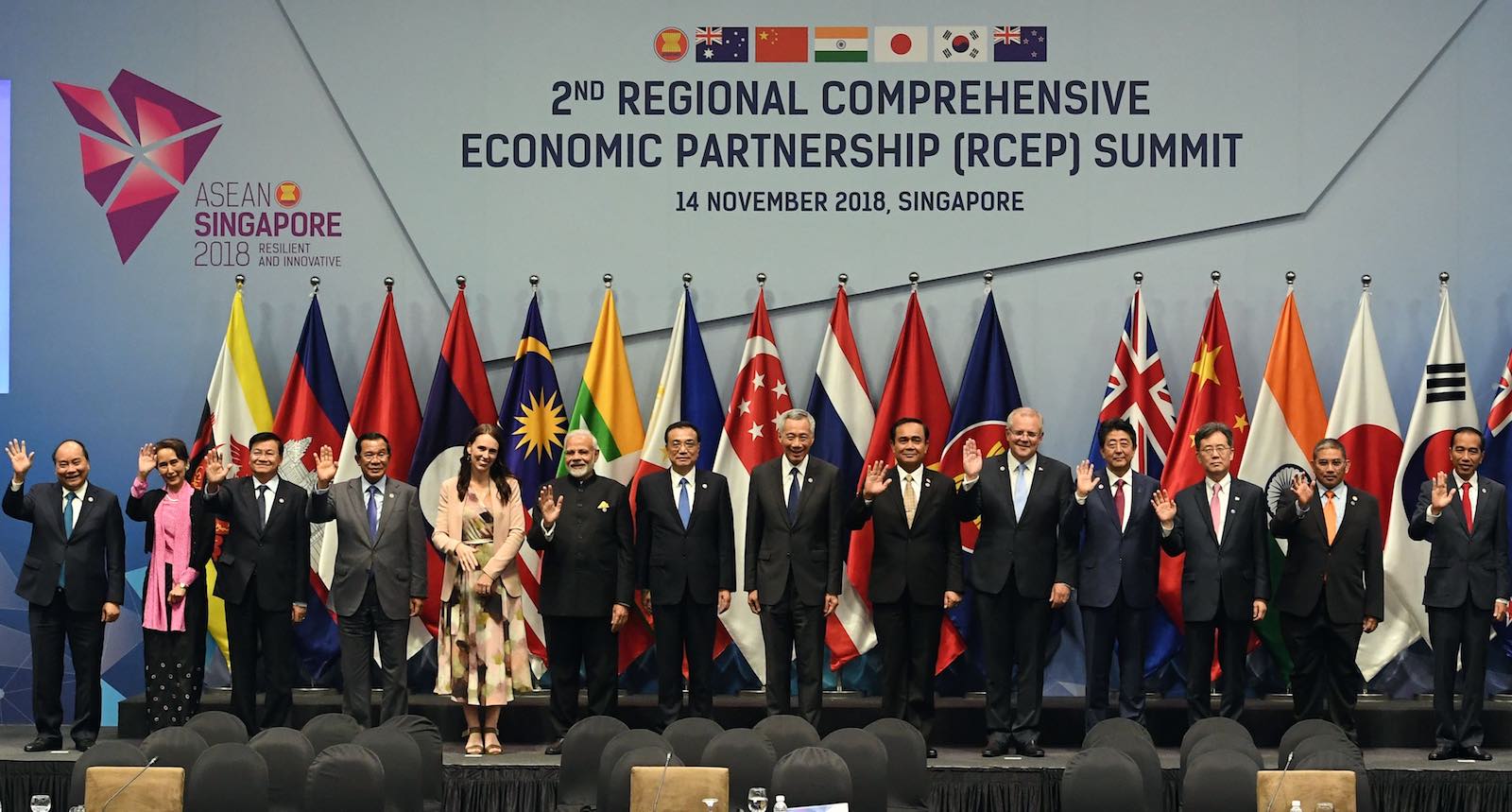 Despite the modern proliferation of free trade agreements, there is an enormous gap between free trade as it is understood and advocated by those who benefit from it, and free trade as it is practiced today. The understanding of economic integration is diverse and complicated – at its heart sits a dilemma whether negotiating countries at different levels of development, with varied and sometimes divided interests, can come to a common consensus on issues that can have a direct impact on an individual country’s domestic enterprises, growth, employment, and investment, and in turn also ensure mutual benefits for all.

India reflects this dilemma in the present wrangle over whether to join the Regional Comprehensive Economic Partnership Agreement (RCEP).

India already has bilateral FTAs with ASEAN, Korea, and Japan, where its trade deficit has widened following the signing of these deals.

RCEP is a proposed free trade agreement (FTA) between the 10 members of the Association of Southeast Asian Nations countries and its six existing FTA partners, namely Australia, China, India, Japan, Korea, and New Zealand. The countries covered by RCEP account for 25% of global GDP, 30% of global trade, 26% of foreign direct investment flows, and 45% of the world’s population.

For India, the potential is significant. RCEP countries account for almost 27% of India’s total trade, about 15% of India’s exports, and 35% of imports. India’s trade deficit with RCEP has risen from $9 billion in 2005 to $83 billion in 2017, of which, China alone accounts for over 60% of the deficit.

India already has bilateral FTA’s with ASEAN, Korea, and Japan, where its trade deficit has widened following the signing of these deals. Yet the benefits have not always been obvious, with reports suggesting that India’s exports to FTA partner countries and non-partner countries have grown at the same pace. According to the Asian Development Bank (ADB), the percentage of India’s international trade routed through preferential trading arrangements or FTAs is very low, between 5% and 25%, which is one of the lowest in Asia. The ADB found that complex rules of origin criteria, a lack of information about FTA’s, higher compliance costs, and administrative delays all serve to dissuade exporters from using preferential routes.

This experience has clearly affected India’s approach to RCEP. The proposed deal will have a significant impact on India’s domestic enterprises, exposing them to businesses from countries driving the RCEP process. Those nations often boast a trade surplus with partner countries – ASEAN, for example, is the fourth-largest exporting region in the world, and its member states have developed more sophisticated manufacturing capabilities with diversified exports.

India’s sustained domestic reforms and strong macroeconomic stability need to be pivotal in making itself more globally competitive to face the vagaries of competition brought about by international trade. Indian industrial and trade policy also needs to be more aligned. Initiatives such as “Make in India”, which aims to boost manufacturing, needs to enable domestic producers to be globally competitive.

None of this is helped by a general information deficit around both the benefits or challenges of FTAs. The same can be said for a lack of understanding about existing regional agreements and multilateral deals, such as the reconstituted Trans-Pacific Partnership. The opaque nature of agreements themselves and the results make it difficult to objectively assess the advantages of negotiating RCEP.

To dispel India’s reticence on RCEP, deeper analysis is needed on whether the deal will lead to cheaper goods, both for intermediate and final stages. So far, the rise in Indian trade deficit with its FTA partners has occurred due to cheap imports of final products, which may have pleased consumers but added to the angst of domestic producers. Cheaper intermediate goods can help in making Indian exports competitive.

But the ultimate decision whether or not to be a part of RCEP should not just be driven by goods prices alone. It must consider other areas, such as services, investment, and employment potential.

RCEP is a tightrope walk. India with its scale and domestic market opportunity has a lot to offer, but it can also afford to be strategic in evaluating trade deals. The focus needs to be on where India can promote its exports, while conscious that it should not act in a fashion detrimental to its emergence as a global player.

There is an opportunity for Australia in this, too. RCEP negotiations will allow Australia and India a chance to reflect on the hiccups in their own free trade negotiations and find common ground in policies related to goods, services, investment, and other areas of cooperation.

Show Comments
Previous Article
With Pacific step up, a chance to step in
Next Article
An educated idealist is still a believer