Efforts to develop a network for cleaner energy in the Indo-Pacific marks a practical step for closer relations. 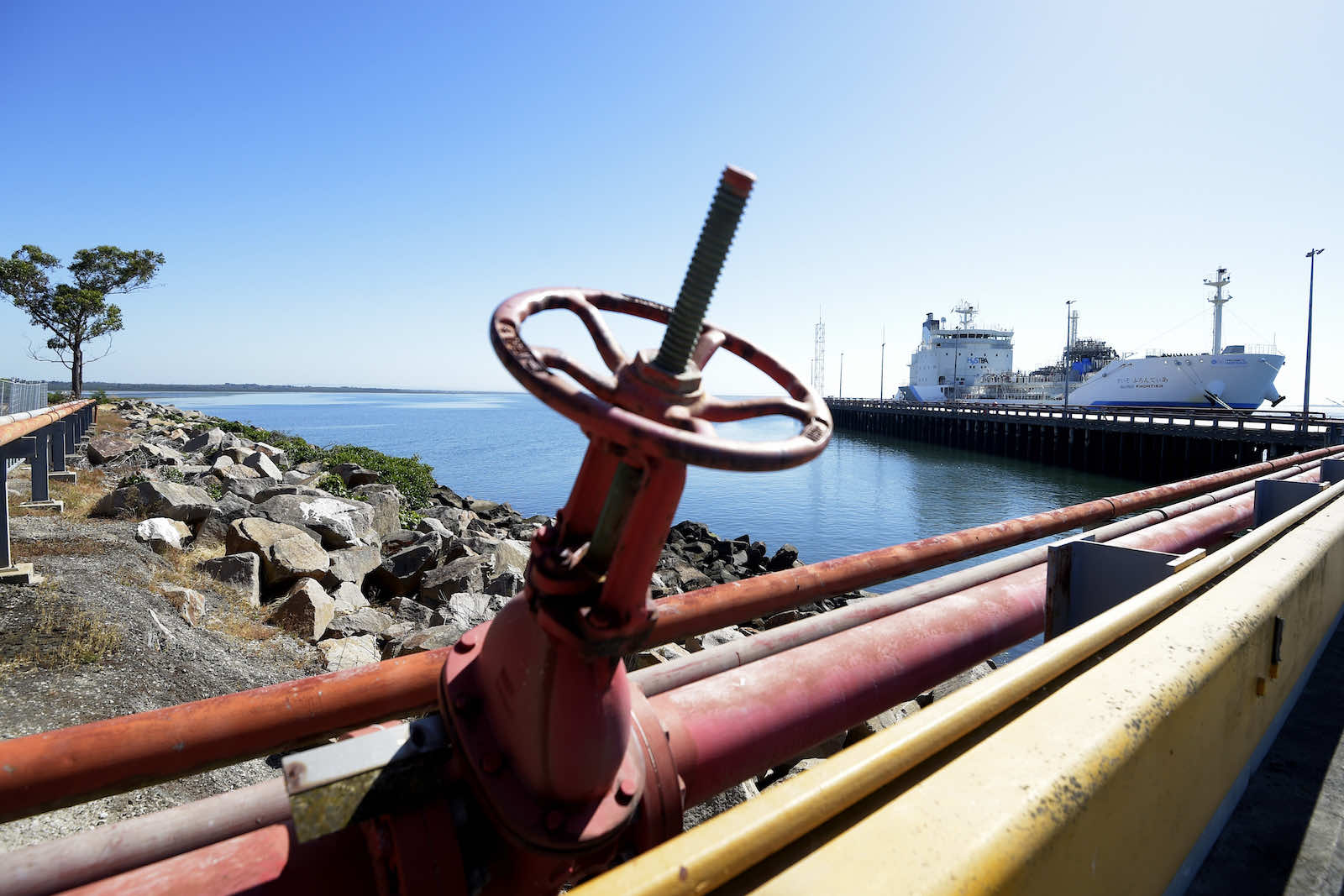 The Suiso Frontier liquid hydrogen carrier moored at the Port of Hastings in Victoria, Australia, in January for the first ever liquid hydrogen shipment (Carla Gottgens/Bloomberg via Getty Images)
Published 31 May 2022 05:00   0 Comments

Of the many issues canvassed at the Quad leaders’ meeting in Tokyo last week, the four partners stressed the importance of common energy supply chains. The leaders agreed in particular on the significance of “clean energy cooperation” in “clean hydrogen”. With a new Australian government making clear its commitment to tackle climate change, hydrogen is bound to get more attention – especially in Australia’s relations with Japan.

Even before the change of government, Japan and Australia had cooperated on clean energy development. In April this year, a consortium of Japanese companies, including Kawasaki Heavy Industries, J-Power, Iwatani Corporation, Marubeni Corporation and Sumitomo Corporation, alongside Australia’s AGL Energy, held a ceremony celebrating the success of a pilot project to transport hydrogen from Australia to Japan by the world’s first liquified hydrogen tanker, Suiso Frontier. Japan’s Prime Minister Fumio Kishida declared at the time that hydrogen was a key to Japan’s energy security and progress towards carbon-neutral goals, particularly given energy concerns springing from Russia’s invasion of Ukraine.

Hydrogen is garnering more and more attention as a potential means for an energy revolution. Itself a colourless gas, there are various colours in hydrogen classification depending on its generation methods: carbon-free renewables (green), fossil fuel combined with the carbon-neutral carbon-capture and storage process (blue), steam methane reforming method (grey), coal or lignite coal (black or brown), thermal splitting of methane (turquoise), nuclear power (pink, purple or red), and natural generation (white).

Overcoming the technical challenges of transporting liquified hydrogen is one thing.

Japan had announced its “Basic Hydrogen Strategy” in 2017, aiming to become a “world-leading hydrogen-based society”. The strategy stressed that Japan would develop basic technologies with Australia to demonstrate a “liquified hydrogen supply chain” paving the way for commercialisation. Maritime transport of liquified hydrogen was key to this goal. Based on this strategy, Suiso Frontier was developed in Japan to be a liquified hydrogen carrier ship under a A$500 million pilot project backed by the Japanese and Australian governments. The ship departed the port of Kobe in Japan on 24 December 2021, arriving at Port of Hastings in Victoria, Australia about a month later, before safely returning to Kobe on 25 February 2022.

Prior to this success, both Tokyo and Canberra had made several arrangements and statements regarding the bilateral renewable energy cooperation. In June 2021, Japan and Australia agreed to cooperate to facilitate their carbon-neutral goals under the Paris Agreement by announcing a “Japan-Australia Partnership on Decarbonisation through Technology”. The aim was to build on earlier initiatives, such as the “Hydrogen Energy Supply Chain” (HESC), the “Japan-Australia Energy and Resources Dialogue” (JAERD), and the “Australia-Japan Joint Statement of Cooperation on Hydrogen and Fuel Cells”.

In January this year, the “Australia-Japan Clean Hydrogen Trade Partnership” was released, with then prime minister Scott Morrison stating “clean hydrogen is central to both Australia’s and Japan’s plans to achieve net zero emissions while growing our economies and jobs”. The Australian government was said to have so far invested more than A$1.3 billion into the development of the domestic hydrogen energy industry, with liquified hydrogen created from brown coal and biomass produced at a hydrogen production plant at AGL Energy’s Loy Yang site in the Latrobe Valley in Victoria.

The fossil fuel component of the produce has led critics to point out that “emissions from hydrogen derived from brown coal are twice that of natural gas”. A group of energy experts in Australia warned that carbon-capture and storage (CCS) technology is “technically complex and expensive” and high carbon-capture rates are not assured, meaning that liquified hydrogen through such processes cannot be “truly clean” hydrogen. Other experts have argued that Japan’s carbon-recycling strategy is a “risky bet”, pointing out that Japan’s energy strategy includes the construction of additional coal plants.

Overcoming the technical challenges of transporting liquified hydrogen is one thing. The procurement of hydrogen from Australia may also not be the cheapest choice. But from Tokyo’s perspective, Australia is a strategically reliable trade partner for Japan.

Notably, Japanese companies have sought to cooperate with Australian firms for the commercialisation of “green hydrogen” energy as well. In January, Japan’s Sojitz Corporation announced that it would work together with Australian power generator CS Energy on a demonstration project to transport green hydrogen produced from solar power in Queensland to Palau for the purpose of backup power sources in small fuel cells. The Pacific Island country wants to achieve 45 per cent renewable energy generation, and the project is financially backed by Japan’s Ministry of Environment. Likewise, Osaka Gas announced in April that it would provide project management as well as technical and engineering support for a A$10.75 billion “green hydrogen project” in Australia.

While the war in Ukraine has served to underscore Japan’s concerns about energy security, it does provide an impetus to broaden fuel sources. A “quasi-alliance” between Japan and Australia in energy security cooperation, especially clean hydrogen energy, carries significant economic potential. The opportunity to develop a hydrogen supply chain network in the Indo-Pacific should be a priority.

Show Comments
Previous Article
Would China? Australia’s chance to back women police in the Pacific
Next Article
Roe vs Wade: The extraterritorial dimension of abortion politics