By overstating the importance of American involvement in the past, we over-emphasise the risks of American absence tomorrow. 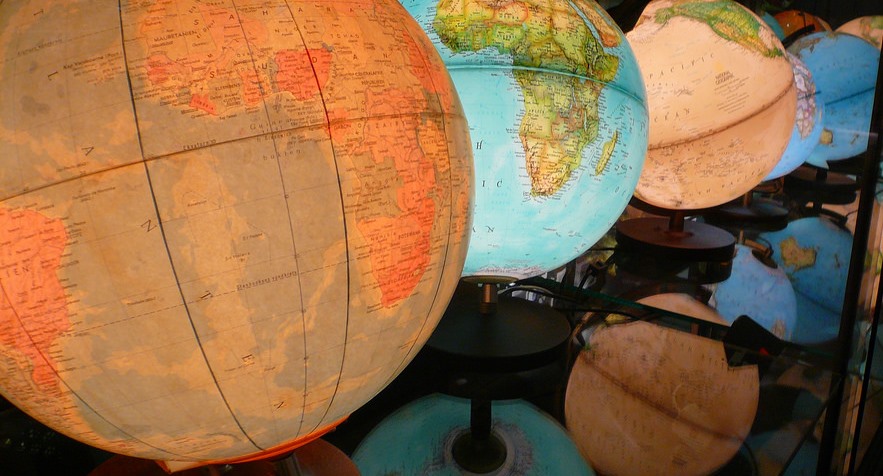 As the Berlin Wall came down and the Soviet Union imploded, many attributed the change entirely to American power. The hubristic ‘unipolar moment’ claim was not only wrong as history, it proved disastrous as policy guidance, ultimately running aground in the sands of Iraq.

Today, that same focus on US power as the explanation for change has returned, but this time in the hands of America’s critics. Many see recent events, including conflict in Syria and Ukraine, authoritarian governments in Turkey and US hesitancy and incompetence under recent presidents as evidence of the ‘End of America’s Liberal Order’.

Yet there are four things wrong with that thesis. The order was never America’s. It was never very liberal. And it was rarely ordered. As such, this is not its end.

Let’s start with America’s role. If US power is an absolutely necessary part of any explanation for post-1945 development, it is still not a sufficient explanation. America played the most important role shaping and guiding change, but it did not do so alone. The US was joined by many partners and important hands.

In Europe, British, French and German leaders made vital choices to help establish peace on a war-torn continent. They could easily have slipped back into old antagonistic patterns, or fallen for communism. In Asia, leaders and policy-makers gradually found ways to mediate differences and embrace enlightenment-era ideas like free trade, multilateral diplomacy and even (haltingly and inconsistently) democracy.

America helped create space for change, but often did not lead that change. The biggest wave of democratisation and reform in Europe, after the 1989 revolt in Eastern Europe and collapse of communism in the Soviet Union, had very little to do with America. It was never America’s victory in 1991, nor are recent stumbles in places like Hungary America’s failure in 2017.

Just as it is easy to overstate American influence, so is it easy to presume the past was better ordered. As the Cold War recedes into the history books, it has been common to re-cast these years with a stability and clarity that was never the lived reality. The major states faced regular nuclear crises, the bipolar structure constantly seemed on the verge of changing, and wars within and between states were much more common than today.

Many see anarchy as the new normal, pointing to China’s meddling in the South China Sea and Russia’s occupation of Crimea. But does this mean anarchy reigned in the 1950s when Hungary was invaded by the USSR? Or in the 1960s when Czechoslovakia was invaded and the Arabs and Israel went to war? Or in the 1970s and 1980s when Afghanistan was invaded? What about from 1991-2000 when the Yugoslav wars raged, killing 140,000 people on Europe’s doorstep? War, not peace, has been the norm of our time.

Finally, to the extent liberal ideas have spread, this both pre-dated American power and has not moved as far as we sometimes indulgently believe. To make an obvious but often forgotten point, America’s values are not unique products of the North American continent, but suffused with European enlightenment ideas.

On key ‘liberal order’ issues such as economics (free trade), form of government (democracy), state form (sovereign territorial), and diplomacy (mixed bilateral and multilateral), the US did not create these values or ideas, but rather been the latest — albeit most powerful — advocate of them in a long line. America is as much a product of the post-enlightenment approach as it is its shaper.

Nor is there a neat correlation between US power and the spread of these ideas. Even within the Western sphere, key states such as Spain and Greece didn’t become democracies until the mid-1970s, and South Korea’s transition wasn’t until 1988. Similarly on trade, many countries pursued highly protectionist policies, even towards US trade. Australia kept high barriers from the 1940s to early 1980s. And we changed because of an intellectual movement which the US joined, not because the US asked us to change.

The US played a hugely significant role in bringing peace and order and has been the greatest force for the spread of liberal ideas bar none. But it did not do these things alone, and very rarely was it able to compel them to occur. By overstating the importance of American involvement in the past, we over-emphasise the risks of American absence tomorrow.

American decline and withdrawal from the world would be extremely serious. But it does not necessarily mean the collapse or end of many of the improvements of the 20th and early 21st century. We will need many hands to pitch in and help maintain order, but that’s just as true of those right on the front line of these conflicts, in places such as Indonesia and Turkey, as it is of Washington DC.

I join many in mourning any decline of the US as a dominant force in international politics. I still see great value in Australia maintaining an alliance with Washington. But I do not believe we can honestly say recent decades reflected America’s liberal order, or that American decline means the end of that world. It’s far too complicated for that. And for that reason I remain hopeful, no matter who occupies the White House.

Show Comments
Previous Article
Getting migration right when government is no longer in sole control
Next Article
Behind the Qatar crisis: Politics, energy and Al-Jazeera