The limits of unilateral action against Iran

Washington is finding maximum pressure campaigns have limitations and bringing along friends and allies could help. 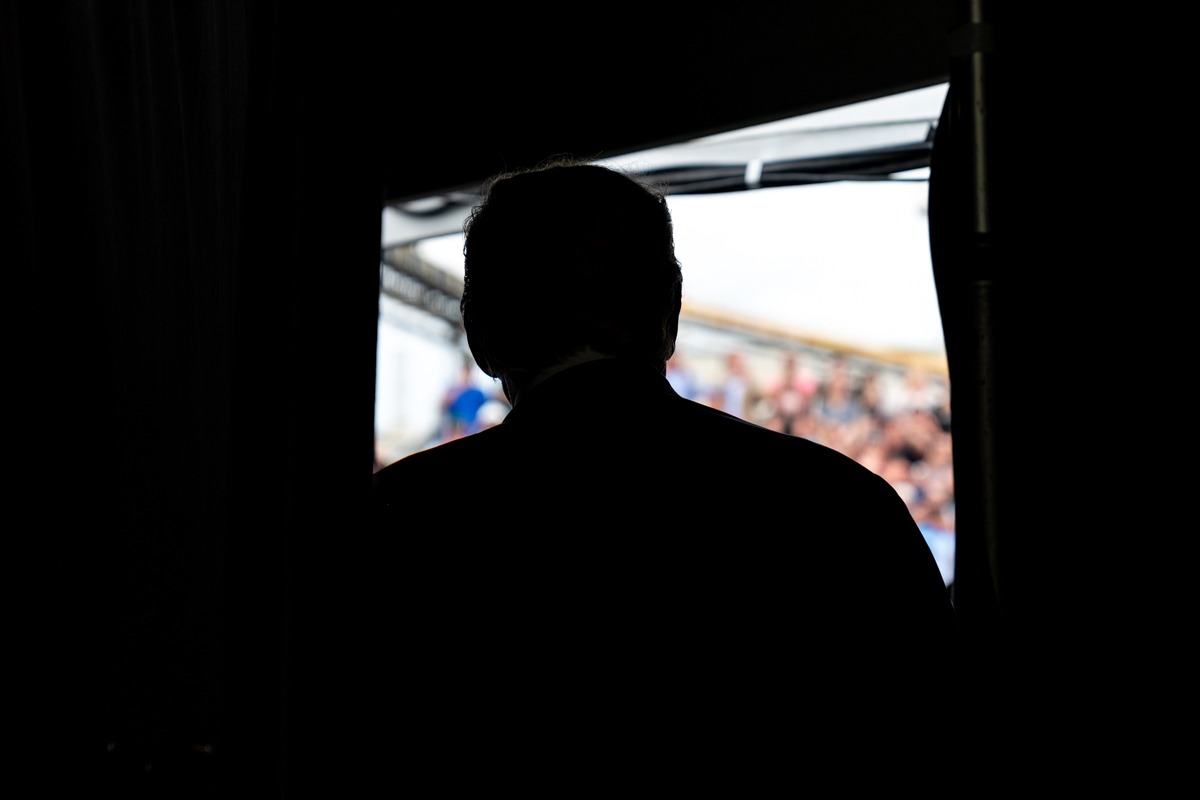 When the going gets difficult, you need all of your friends to support you in applying “maximum diplomatic pressure” (Photo: White House/Flickr)
Published 19 Jun 2019 12:00   0 Comments       Follow @RodgerShanahan

As Washington is finding, maximum pressure campaigns have their own limitations, even with the most coherent and experienced foreign policy teams. But with ​the Commander-in-Chief sending mixed messages (overnight Donald Trump described the alleged Iranian attacks on oil tankers in the Gulf of Oman as “very minor”) and the way senior officials move through a revolving door at the Trump White House – the withdrawal of acting Defense Secretary Patrick Shanahan from being appointed only the latest of many departures – the US policy to pressure Tehran is proving especially difficult.

To begin with, the more unilateral the campaign, the less effective. Not in an economic sense, because it is obvious that the ever-expanding sanctions regime is hurting Iran. But backing out of the nuclear deal, with which Iran was complying, and then re-imposing sanctions that also punish Washington’s allies if their companies deliberately or inadvertently fall foul of the sanctions, does nothing to foster political camaraderie.

And it is precisely when the going gets difficult that you need all of your friends to support you in applying “maximum diplomatic pressure”. And the going is getting difficult.

Iran believes that it has been backed into a corner and that Trump has no intention of negotiating. Supreme leader Ayatollah Ali Khamenei said  as much last week during his meeting with Japan’s Prime minister Shinzo Abe. Khamenei also pointed to the imposition of sanctions on Iran’s petrochemical industry after Abe’s visit was announced as proof that Washington’s offer of talks was not serious.

Iran has responded in the asymmetric manner that it often does. Attacks last month against empty vessels was a warning to the Gulf States that there was a possible cost to their economies of strident support for Washington. After the announcement of the petrochemical sanctions, the latest attacks were against two full vessels that had left ports in the United Arab Emirates and Saudi Arabia respectively. Holed above the waterline this time, it was an incrementally more dangerous attack. Oil prices spiked momentarily, but insurance premiums for tankers in the Gulf have increased even more markedly. Limpet mine attacks are never good for business.

Iran has naturally denied the attacks at the same time as Washington has released pretty damning information that points the finger at Tehran. The United States’ competitors have taken the opportunity to support Tehran, with China calling on the US to ease its “maximum pressure” policy. Russia has urged people not to make “baseless allegations”.

This is to be expected, but Washington’s allies (apart from the Gulf Arab ones) have hardly been rallying around the flag in public. Countries such as France and Australia have issued general condemnations regarding the incident without naming names, while Germany and Japan have been asking for more evidence of Iranian complicity. Only Britain has said it believes Iran is “almost certainly” responsible for the attack.

Elsewhere bomb attacks in Kabul and drone attacks against civilian airports in Saudi Arabia could have been done at the behest of Tehran, or they could have been just a part of ongoing conflicts in Afghanistan and Yemen. Plausible deniability is, after all, a key element of Iranian regional responses.

As this incremental tit-for-tat is likely to continue for the foreseeable future. In a little over a week’s time, when Tehran has said it will exceed the 300 kilogram limit under the nuclear deal for enriched uranium, Washington’s best weapon will be a unified international community to isolate Iran diplomatically. But with the Trump administration’s unilateral approach making it difficult for even its close allies to support it, Washington is likely to learn the limitations of its Iran policy sooner rather than later.