Women are rarely seen in Pacific Island judiciaries, but the tide is starting to turn. 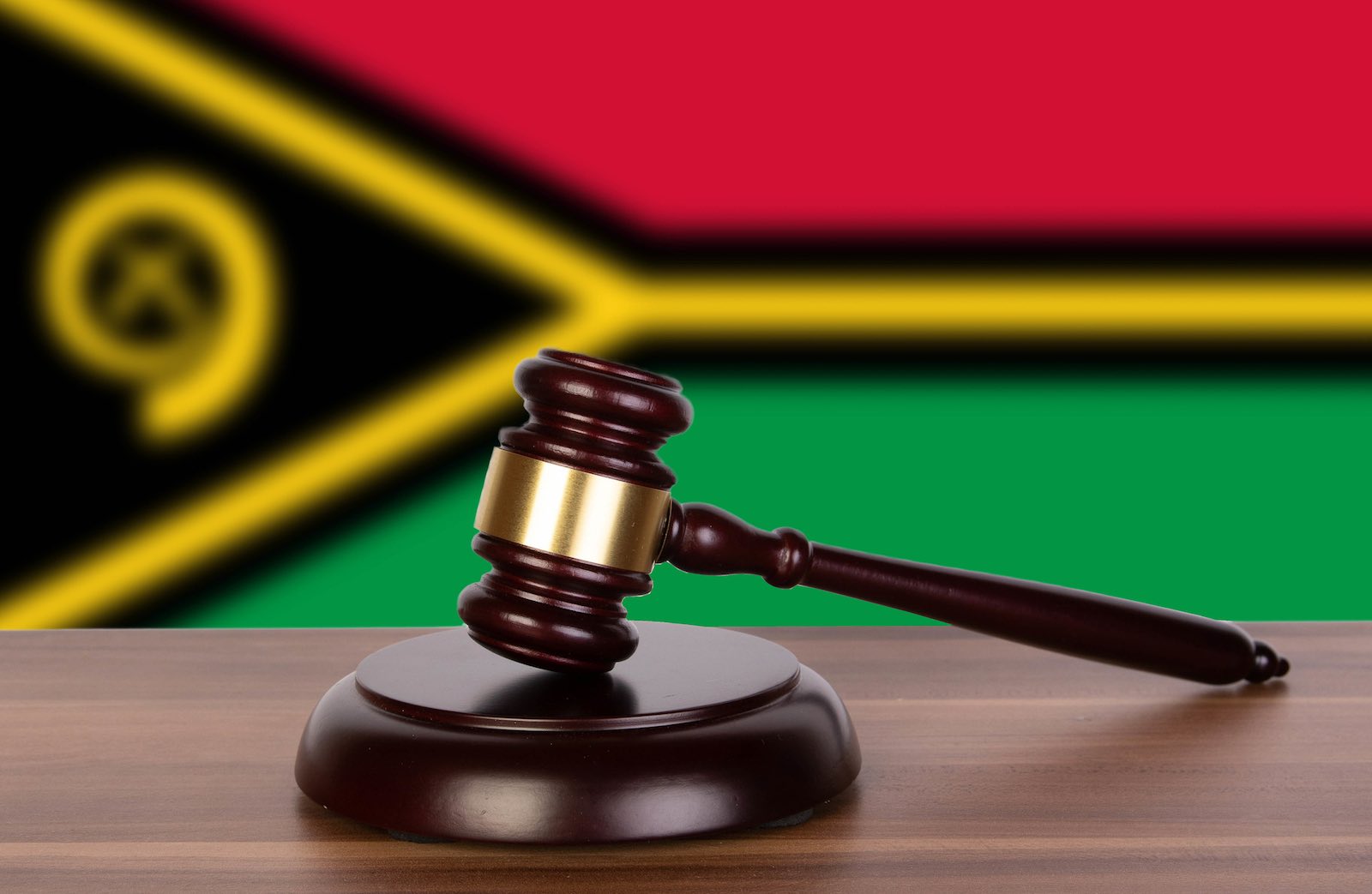 On 15 July, Viran Molisa Trief was sworn in as a Judge of the Supreme Court of Vanuatu, becoming the first ethnic Ni-Vanuatu woman appointed to high judicial office. She follows in the footsteps of Justice Mary Sey, from the Gambia, who served as Vanuatu’s first female judge from 2012 to 2017.

In sadder news, Justice Leka Nama Nablu passed away on 28 July. Justice Nablu was the fifth woman judge appointed in Papua New Guinea. Reflecting on this news, the Australian National University’s Michelle Rooney tweeted “When donors are talking women’s empowerment and showcasing PNG women, we lost a gem in our midst. Many of us did not know her until after she passed. … We need to know, hear, celebrate her story”.

When donors are talking women’s empowerment & showcasing #PNG women, we lost a gem in our midst. Many of us did not know her until after she passed. Condolences to her family. We need to know, hear, celebrate her story. RIP Justice Leka Nama Nablu https://t.co/2VBT81QjLt

These recent events highlight how little we know about the women serving on the superior courts of Pacific island states. While much attention is paid to women in parliaments in the region, less is given to women judges and the contribution they make to the laws and societies of the states they serve.

A 2014 report by the South Pacific Lawyers Association concluded that women were underrepresented in Pacific judiciaries, but the data was insufficient to determine the exact figures. Analysis from the database Paclii shows that across Fiji, Kiribati, Nauru, Papua New Guinea, Samoa, Solomon Islands, Tonga, Tuvalu, and Vanuatu, 11 women currently serve on the superior courts (that is, the Supreme or High Court and Court of Appeal in each state). Six of these judges are foreign judges, who tend to serve part-time or for limited periods. Five are local judges, who sit on their respective courts full-time. In 2018, 11 women judges served alongside 127 men, making women only 8.5% of all judges serving on superior courts in the Pacific.

Women judges can contribute to shifting deeply embedded gendered attitudes in law and society. However, once women achieve high judicial office, itself a rare achievement, there are limits on what they, as judges, can do.

In the years since these Pacific states became independent and established courts of their own, there have been 29 women judges. There have been no women judges in Kiribati or Tonga. There has been one woman judge in Nauru and Tuvalu and only two in Solomon Islands, all foreign. In Fiji, nine women have served on the High Court, Court of Appeal and Supreme Court. The proportion of women judges reached its peak in 2006, when three of the 11 judges of the High Court were Fijian women. However, in 2018 the proportion of women judges in Fiji’s superior courts is roughly the same as it was in 2000.

Following the appointment in 2015 and 2016 of two Samoan women judges, the Samoan Supreme Court now has the highest proportion of women judges in the region, at 20% in 2018.

Clearly, women are underrepresented in Pacific judiciaries. But why should it matter whether there are more or fewer women in judicial office? Scholars in other parts of the world have identified a range of reasons why gender balance in the judiciary is important. Two seem particularly relevant to the circumstances of the Pacific.

Firstly, it is common for women judges to express a hope that their appointments will inspire more women to pursue careers in the judiciary and legal profession. However, the appointment of women judges also sends a message to the wider community. The presence of women in leadership positions in the judiciary works to counter harmful stereotypes that women are not capable or authorised to exercise public power.

For example, Claire Slatter describes how, in 1997, a Minister in Vanuatu called for the repeal of the Ombudsman Act because it allowed the female Ombudsman to criticise male leaders, saying on his island “men could not be criticised by women”. However, in 2015, when Vanuatu’s first female judge tried and convicted 15 Members of Parliament for bribery offences and sentenced most of them to terms of imprisonment, her authority was not questioned. Rather, there was a sense that Justice Sey’s judgment against some of the most powerful men in Vanuatu showed that justice had been done.

A second reason to welcome the appointment of more women judges to Pacific judiciaries is that women bring their own, different, perspectives and experiences to the bench. These different perspectives contribute to what Fiji’s first female judge, Nazhat Shameem, describes as a “gender competent bench” in which judges – male and female – recognise their own culturally driven assumptions about gender. This may then be reflected in gender-sensitive judicial decisions to address discriminatory laws  and practices or to amend court procedures that cause harm to women litigants and witnesses.

Women judges can contribute to shifting deeply embedded gendered attitudes in law and society. However, once women achieve high judicial office, itself a rare achievement, there are limits on what they, as judges, can do. In this context, it is important that we heed Rooney’s call to “know, hear, and celebrate” the stories of women in Pacific judiciaries and learn from them the ways in which gendered presumptions in both law and society might be navigated.

This article is based on a paper presented at the 2019 Women in Asia Conference.