In a battle of wills in the region, Australia and Indonesia now find the island nations have a measure of leverage. 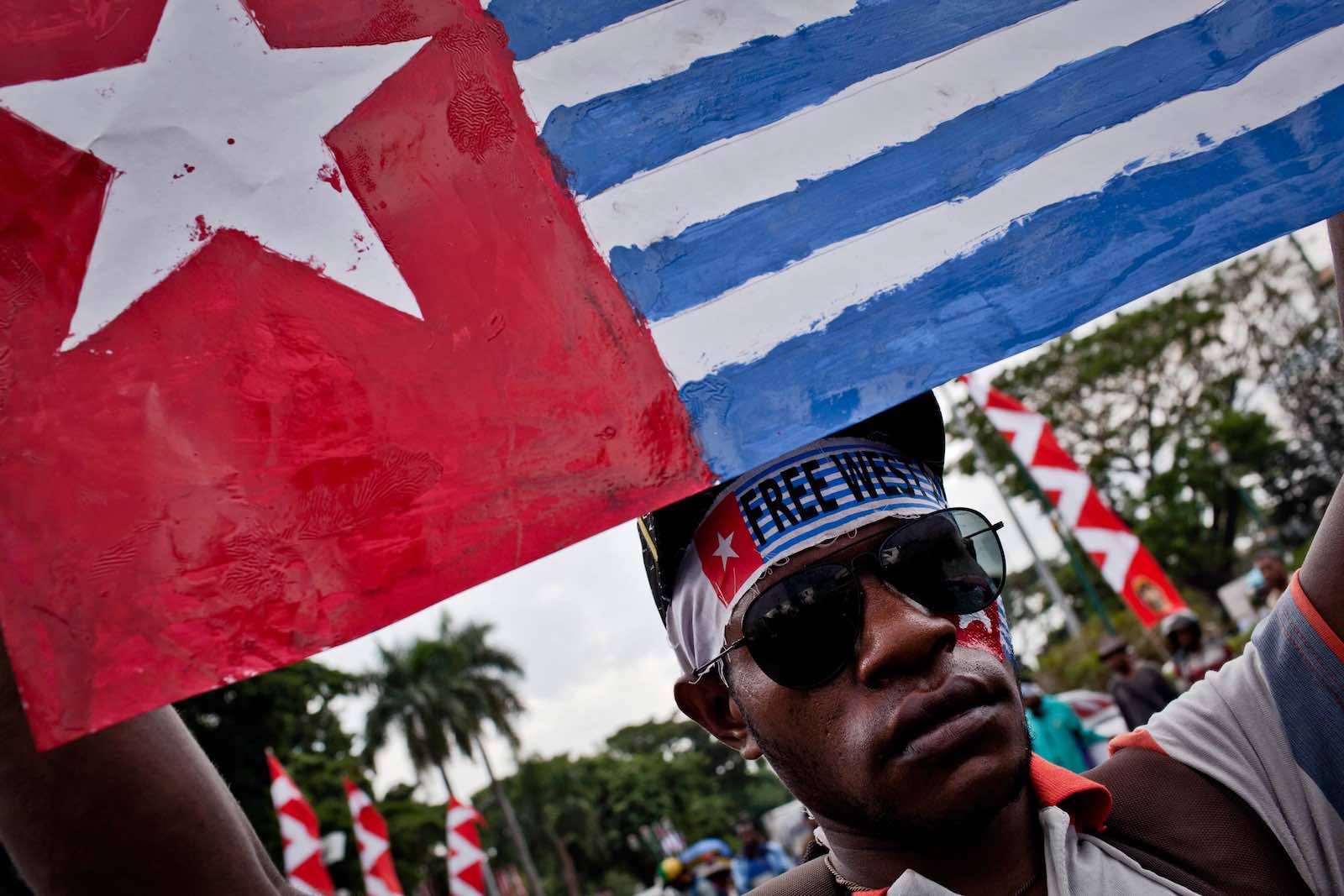 One of the criticisms of the Pacific Islands Forum over the years relates to the regional grouping’s limited ability to advance its agenda in the face of the interests of Australia and New Zealand. The power imbalance hasn’t always made for a cohesive regionalism.

Yet it’s worth noting a rare victory for the island countries at the recent Forum Foreign Ministers meeting in Suva. It was a regular session, setting the agenda for this month’s summit of leaders of the Forum’s 18 member states in Tuvalu. Among the big items which Pacific countries are pursuing, alongside action on the climate crisis and ocean protection, is the festering issue of human rights abuses against the indigenous Melanesians of Indonesian-ruled Papua region, or West Papua.

There’s a new determination within the Forum that West Papua must stay on the agenda. Recognising the escalation of armed violence in Papua’s Highlands between the West Papua Liberation Army and the Indonesian military, as well as signs that rights abuses in the region are worsening, the Forum urged open dialogue with Indonesia on these issues, and for all parties to address the root causes of the conflict by peaceful means. The Forum has made these sorts of noises before. But now, notably, the Forum members have laid down a deadline regarding an ostensible invitation by Jakarta for the office of the UN Human Rights Commissioner Michelle Bachelet to visit Papua region.

How did such unusually strong wording get past strong Indonesian allies within the Forum, particularly Australia?

This visit has been a fraught subject. Bachelet’s predecessor, Zeid Ra’ad Al Hussein, last year complained that an earlier Indonesian invitation for the office to visit Papua had not been honoured, which in turn upset Jakarta. Concerned that Indonesia is dragging the chain again, Forum foreign ministers have called for the timing of the visit by the commissioner’s office to be finalised, and for a resulting report on the Papua situation to be presented before the next Pacific Islands Forum leaders meeting in 2020.

How did such unusually strong wording get past strong Indonesian allies within the Forum, particularly Australia? It took a heated discussion in Suva at the senior officials level ahead of the foreign ministers’ meeting. The wording was proposed by Vanuatu, the key regional supporter of West Papuan independence aims. Objecting to it, Australia officials traded back and forth with Vanuatu on the make-up of the resolution, which ultimately won the support of Pacific island countries. When it got to the foreign ministers meeting itself, Vanuatu’s Ralph Regenvanu fought successfully for the deadline provision to be included. It was a battle of wills in which Vanuatu prevailed over Australia.

It was partly a sign that Pacific islands countries have a measure of leverage over Australia that they rarely held in the past, because Canberra is anxious to keep friends in the region amid the looming presence of China. But it’s more than simply that. There’s a shifting dynamic in the Pacific on the West Papua issue related to a change in leadership in key countries.

The big change has been in Papua New Guinea with its reconfiguration of government. One of those who lost his job was the country’s longest-serving foreign minister, Rimbink Pato. In the role for almost seven years, Pato forged close relationships with Indonesian counterparts and proved effective at containing the West Papua issue both within the Forum and the Melanesian Spearhead Group whenever the regional organisations threatened to apply pressure on Indonesia. Without Pato in the mix, there was no objection from the Pacific foreign ministers to Regenvanu’s representations in Suva.

In addition, two relatively new foreign ministers in Fiji and Solomon Islands have injected fresh blood into the Melanesian bloc. Fiji’s government, hitherto unwilling to question Indonesia over West Papua, is now prepared to support a regional push on the human rights issue, as long as self-determination isn’t discussed.

It’s not as if Pacific governments can easily ignore the rights issue any more. Grassroots solidarity with West Papuans is growing in the Pacific as signs abound that the rights situation in Papua is worsening and demanding international attention. UN human rights rapporteurs are deeply worried about the culture of impunity and lack of investigations into allegations of violations in Papua by police and military. Furthermore, a World Council of Churches team recently visited Papua and was alarmed at the level of abuses.

Forum members are increasingly frustrated that its attempts so far to engage with Indonesia over West Papua have come to little, for instance that requests for fact-finding teams to visit Papua have been met with a dead bat. Instead of acknowledging Papuan problems in international fora, Jakarta focuses instead on the big infrastructure drive that President Joko Widodo is rolling out in Papua. His government is busy forging ties with island countries under its “Pacific Elevation” strategy. Despite what was at times a misleading representation of Papuans at its recent Pacific Expo summit in Auckland, Indonesia used the event as a big pitch about wanting to connect more with the region.

And therein lies the rub for Pacific island countries. If Jakarta is serious about elevating relationships with them, they feel it must come to the party more on West Papua. Indonesia has its own significant leverage in the region, but Forum countries are running out of patience. Previously Pacific island countries were divided on Papua. Yet when they speak together, as they appear to be doing now, they represent a force to be reckoned with.

Show Comments
Previous Article
China-US currency clash: Who’s manipulating who?
Next Article
Down and out in Dhaka