Pacific states are watching Ukraine because their sovereignty and territorial integrity can also easily be violated. 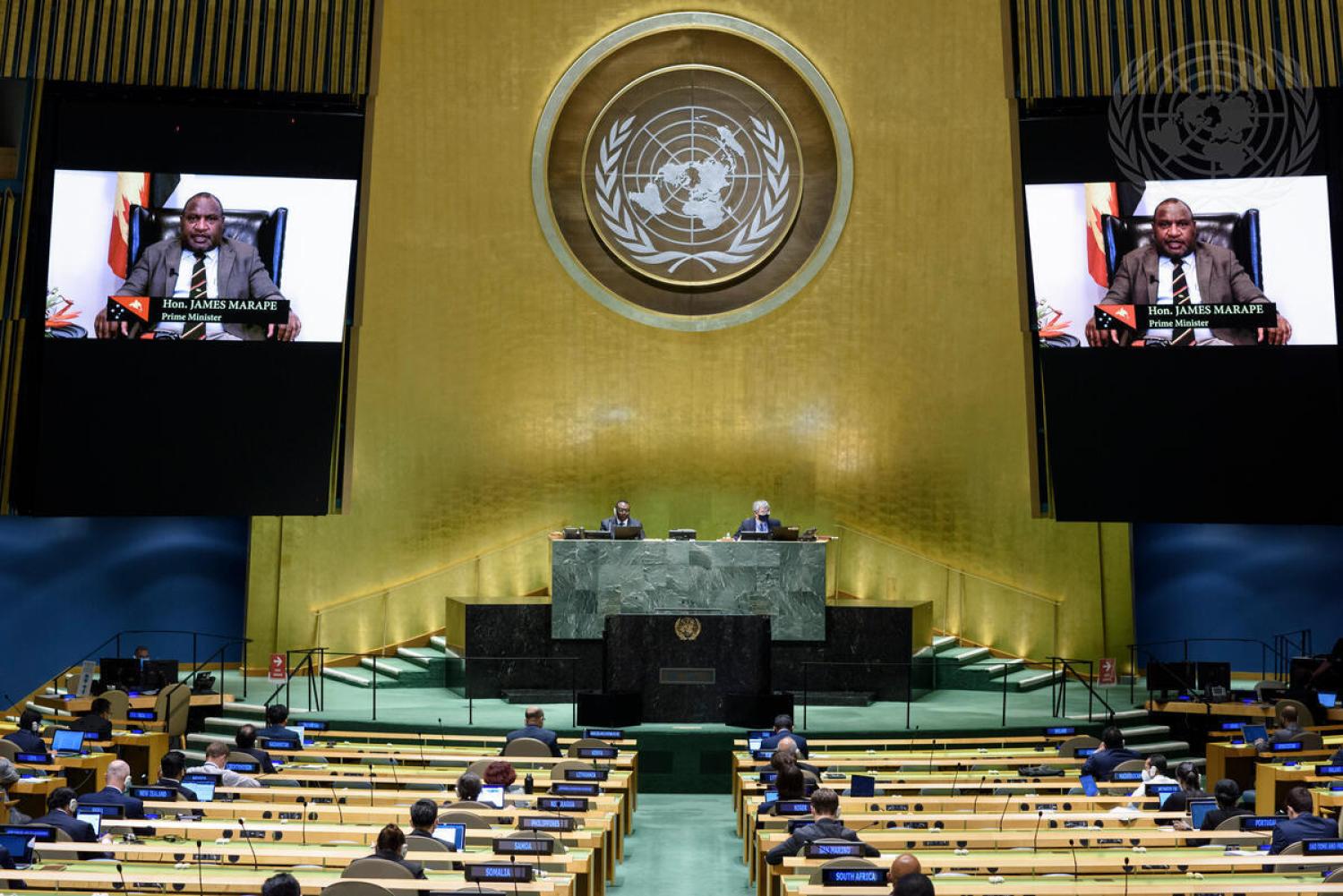 Russia’s invasion of Ukraine vividly demonstrates how great power politics can shatter confidence about universal adherence to international norms. When the international order is undermined, it is usually small states that seek assurances to promptly redress that order to ensure their own prospects of survival.

For militarily weak states in the Pacific, the images of sophisticated weaponry being unleashed on a smaller country is not a pleasant sight. This is why the Ukraine crisis appears to have struck a chord with Pacific Island countries, and is receiving wide coverage across the Pacific, and especially, Papua New Guinea.

Although foreign affairs have little electoral value in the domestic politics of PNG, the implications of the current crisis in Ukraine are telling. Pacific states are attentive to the conflict unfolding in Ukraine because their sovereignty and territorial integrity can also easily be violated in possible geopolitical confrontation in the region. With limited capabilities in asserting their independence, one can understand the response to the Ukraine crisis by Pacific Island states.

Former Marshall Islands president Hilde Heine once said that the plight of states in the Pacific islands serves as a reliable indicator for understanding global challenges. Pacific Island states such as PNG voted in support of the United Nations resolution condemning Russia’s invasion of Ukraine. The diplomatic message communicated in this UN vote by Pacific Island states should therefore be insightful for policymakers in Canberra, Wellington, Washington and Beijing, and a benchmark of future engagements by these powers in the region. It amounts to recognition that what is transpiring in Ukraine can happen anywhere in the world, even in the Pacific.

In the aftermath of the UN vote, Russia’s ambassador in Jakarta, Lyudmila Vorobieba, also accredited to Port Moresby, expressed regret over PNG’s vote. But one obvious factor influencing PNG’s vote was on pragmatic grounds. Historically, compared to other regions of the world, Russia’s diplomatic footprint in PNG and its bilateral engagements with PNG has not been extensive. On the global stage, there is nothing resembling any intricate alignment of PNG’s national interest to Russian outreach activities in the world. Unlike other Pacific Island countries in the decades after the Cold War, notably Fiji or Nauru, PNG’s relations with Russia have not extended into important areas such as trade. To be fair, PNG’s foreign relations since independence in 1975 have also lacked adventurism, restricted only to more traditional powers in the region. PNG therefore had greater flexibility in the vote at the United Nations without worrying about undercutting possible sources of aid and development assistance from Russia.

The vote by PNG, much like that of other Pacific Island countries, can also be attributed to what one analyst has described as narrative control power by the United States. Russia’s image as a violator of international norms is socially constructed by powers that have the means to do so. The invasion of Ukraine has been effectively framed as a case of a disruptive autocratic regime invading a peaceful neighbour. The United States has developed a proficiency in defining what is considered to be threats to international peace and stability.

There is a wariness in the region of the adverse consequences of geopolitical rivalry, whether it is on the European continent or in the Pacific Ocean.

Pacific states effectively follow suit without the corresponding efficacy in defining what matters most to their own survival in the world. In years gone by other authors have noted how former Samoa Prime Minister Tupua Tamasese Efi “used to wish the major powers would let the Islands nations choose their own enemies (and define their own terrorists?)”. The dramatic narrative of global survival hinging on a particular threat is not effectively generated from a Pacific perspective. Satyendra Prasad, the Fijian envoy to the United Nations speaking during the UN vote, offered clarity on what matters to Pacific Island communities when urging the need to treat climate change as equally worth addressing after peace is restored in Ukraine.

Another important factor that influenced PNG’s position was based on the strong sense of wanting to present the Pacific region with a unified voice. All Pacific Island countries voted to condemn Russia’s invasion of Ukraine during the 2 March emergency special session of the General Assembly – even Nauru, which had previously given diplomatic recognition to Abkhazia and South Ossetia, two break-away Russian-speaking provinces of Georgia at the heart of a 2008 conflict. This collective diplomacy can perhaps be attributed to the effectiveness of the Pacific Islands Forum, the premier regional multilateral organisation in the region. But it perhaps also shows how Pacific Island countries understand their own sense of vulnerability.

As demonstrated in the language of the 2018 Boe Declaration on Regional Security, Pacific Island states expressly affirmed the importance of the rules-based international order, and the conduct of their national affairs without external influence or coercion. There is a wariness in the region of the adverse consequences of geopolitical rivalry, whether it is on the European continent or in the Pacific Ocean. Implicitly, the vote against Russia over Ukraine could well be interpreted as a candid reassessment of the regional outlook in the Pacific, the Pacific Islands unanimously reading from the same script about their own predicament in dealing with great power politics.

Everything happens for a reason. And that reason is normally physics or finance.
21 Mar 2018 14:00

Links and stories from around the Pacific by The Interpreter team.
Sam Roggeveen 23 Feb 2018 17:55

Joyce and the leadership churn: better get used to it

This may be the new normal for Australia: more frequent leadership changes, minority governments, and shorter incumbencies in government.