Political blackmail in the Taiwan-China contest

Countries with diplomatic ties to Taiwan are blackmailing Taipei before ditching ties in favour of Beijing. 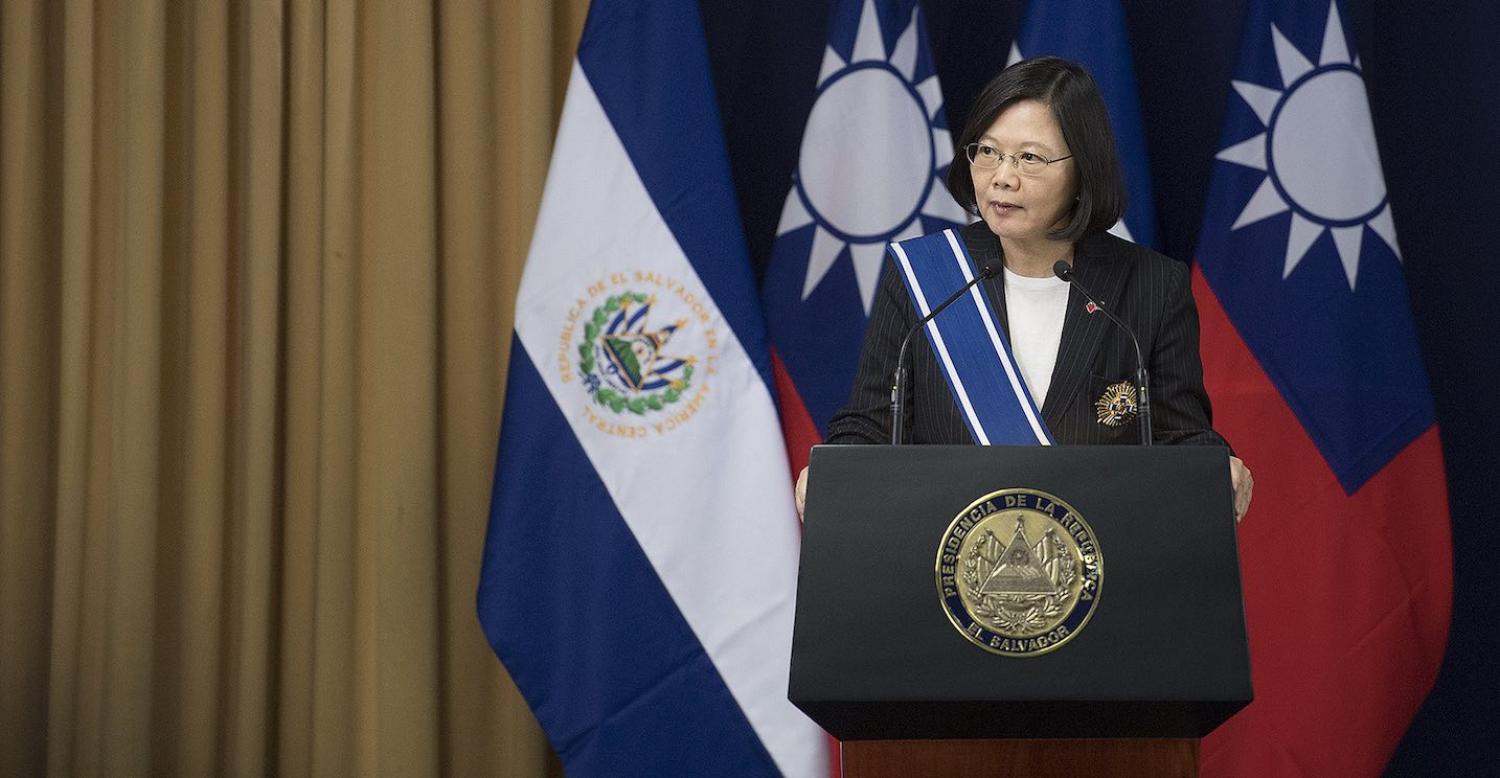 Last month, El Salvador announced it will establish diplomatic relations with China. Under the “one China” policy, this meant El Salvador had to break official diplomatic ties with Taiwan. The end of the 47-year relationship marks a disturbing trend with the excuse countries have used to break ties – it amounts to political blackmail.

El Salvador reportedly asked Taiwan for about US$20 billion to fund a port project, as well as additional money for political campaign contributions. Taiwan rejected the call for political contributions as an inappropriate interference with El Salvador’s domestic affairs, while Taiwanese engineers insisted that the port was not economically viable.

Countries with diplomatic ties to Taiwan (officially the Republic of China) are blackmailing Taipei before ditching ties in favour of diplomatic relations with Beijng. In December 2016, Sao Tome and Principe ended its 19-year relationship with Taipei the same way El Salvador did. It had allegedly asked for US$200 million for financial aid that the Taiwanese government thought was exorbitant – Taiwan’s foreign minister called it “astronomical”. Sao Tome responded by ditching diplomatic ties with Taiwan.

In June 2017, Panama ended 105 years of diplomatic relations with Taiwan after negotiations with China that gave Panama an assurance that Chinese economic assistance will flow into the country. Burkina Faso and the Dominican Republic ended relations in May 2018 after ties stretching 24 and 77 years respectively. China had agreed to send economic experts to Burkina Faso to work on the level of development aid to that country. China had offered the Dominican Republic about US$3 billion in investments and loans.

Whether Chinese financial assistance or investments will be put to good use in these countries is questionable. Countries perceived to have high levels of corruption could now approach China for aid. According to the 2017 Corruption Perceptions Index from Transparency International, China is ranks 77 out of 180 countries. All five countries that recently switched diplomatic relations from Taipei to Beijing are ranked lowly – Sao Tome and Principe (64), Burkina Faso (74), Panama (96), El Salvador (112) and the Dominican Republic (135).

Taiwan, by contrast, is ranked at number 29. China has no qualms about funding projects that the Taiwanese found unsustainable. Studies have indicated that Sri Lanka, Djibouti, Kyrgyzstan, Laos, Maldives, Mongolia, Montenegro, Pakistan and Tajikistan will struggle to repay debts to China.

The moves amount to a further encroachment on Taiwan’s international space. Even sporting events and Taiwanese businesses have been affected.

In July, the East Asian Olympic Committee, upon a request from China, voted to end the rights of Taichung to host the first East Asian Youth Games. China claimed it was a response to a referendum movement in Taiwan to change its name from “Chinese Taipei” to “Taiwan” for the 2020 Summer Olympic Games. The movement, however, was initiated by civic organizations and not the Taiwanese government. As a democratic entity, elections and referendums are part of the Taiwanese political landscape.

Chinese netizens are also stepping up their campaign against Taiwan. During a recent trip to the US, Taiwan’s President Tsai Ing-wen visited 85 Degrees Celsius Bakery Café, a Taiwanese business outlet in Los Angeles. Soon, social media users in China were in uproar and the founder of the franchise had to declare his support for the “1992 consensus” that there is only “one China” and that Taiwan is a part of China. There was no indication that he supported Tsai or the ruling Democratic Progressive Party (DPP) in Taiwan.

While it is normal for a head of government to visit businesses run by its own citizens abroad, the incident shows that there are Chinese netizens who cannot accept any Taiwanese person or business welcoming their own president. It would make no difference whether the next president in Taiwan elected in 2020 is from the DPP or the Kuomintang (KMT).

In the midst of China’s aggressive public relations against Taiwan, there are signs of an effort to push back.

First, during the Pacific Island Forum last week on Nauru, there was a diplomatic row as the President of Nauru Baron Waqa refused to let the Chinese envoy (who was only a diplomat) speak before the prime minister of Tuvalu. Nauru and Tuvalu are two of Taiwan’s 17 remaining allies. The Chinese envoy stormed out of the meeting and Waqa later described him as “insolent”.

Second, several American senators from both major parties introduced aTaiwan Allies International Protection and Enhancement Initiative (TAIPEI) Act on 5 September which, if passed, will require the US to strengthen Taiwan’s standing around the world in response to the prospect that all of Taiwan’s remaining allies might break diplomatic ties.

The fraught politics can produce strange outcomes, too. Last week, when the Chinese embassy in Japan provided buses to pick up stranded Chinese tourists in the aftermath of Typhoon Jebi, Taiwanese tourists were reportedly told that they could board the buses if they considered themselves “Chinese”.

It seems ironic that despite China claiming Taiwan as its own province, these Chinese tourists behaved as if China and Taiwan are separate states.

Formal recognition as a legitimate government may be a bargaining chip to press the Taliban to respect human rights.
Christopher Mudaliar 19 Nov 2018 12:00