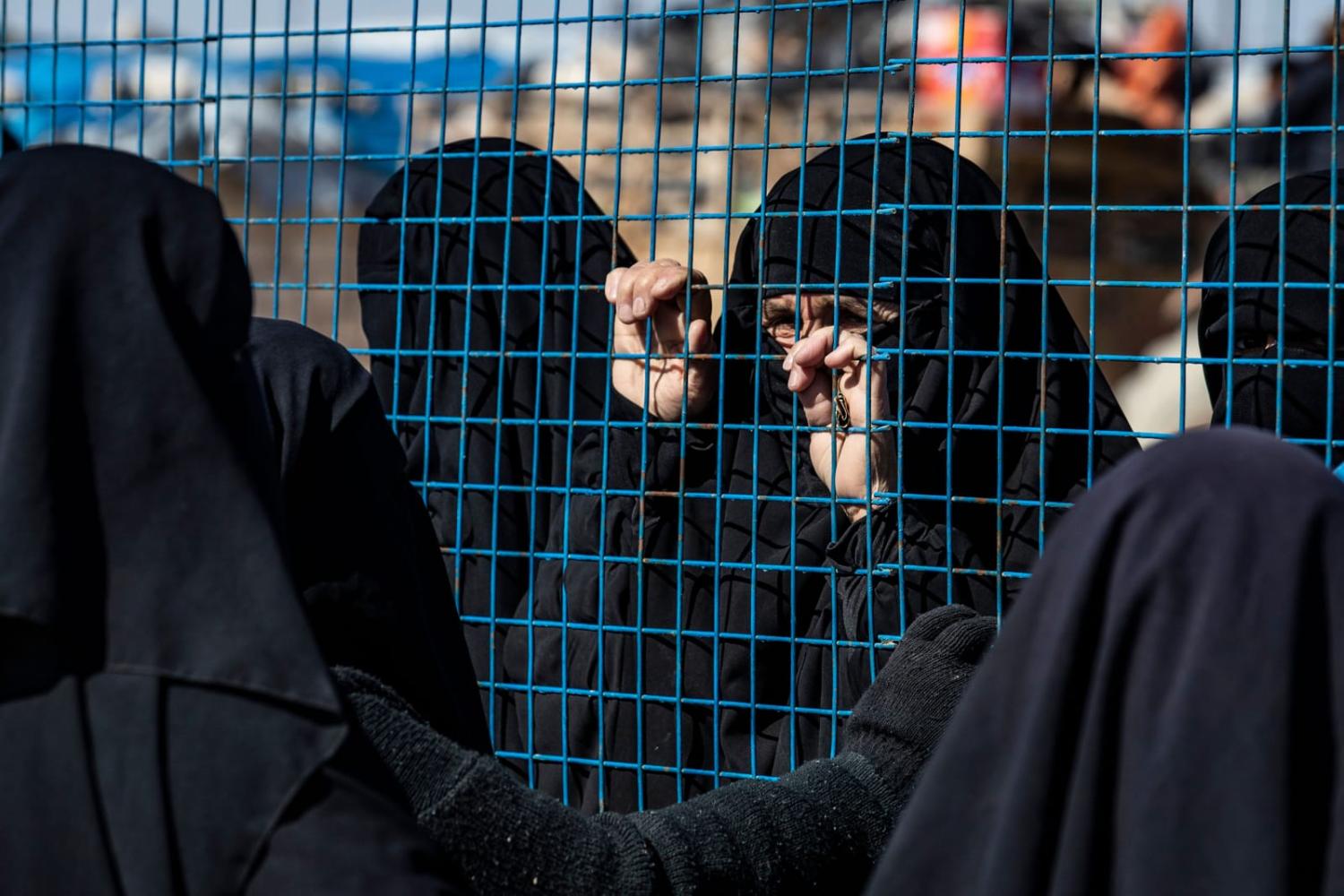 Awaiting departure during the release last year of a group of families from the Kurdish-run al-Hol camp which holds suspected relatives of Islamic State group fighters, in Hasakeh governorate of northeastern Syria (Delil Souleiman/AFP via Getty Images)
Published 3 Nov 2022

Last weekend, the first of about 60 Australian women and children planned to be repatriated from detention camps in Syria arrived home. As has been the case in most Western European countries, the decision to bring home citizens associated with Islamic State has been protracted and political. It has hinged on the concept of risk: on one hand, citizens left in Syria may die or become the foot-soldiers for another terrorist organisation; on the other, bringing them home risks repatriating people who may be radicalised, may radicalise others, and perhaps perpetrate violent extremism.

Like Australia, most advanced countries have so far resolved this dilemma by returning only the most vulnerable, only after serious security screening, often to be imprisoned upon their return, and to be surveyed closely if not in prison or after their release.

Countries in the Western Balkans in Europe, as well as in North Africa and Central Asia, are further along this pathway than Australia and Western Europe. They have been returning their (far more numerous) citizens from Syria for several years, and are now returning less vulnerable family members, and in some cases men as well.

Our organisation – the Global Community Engagement and Resilience Fund (GCERF) – has been supporting the return, rehabilitation and reintegration of foreign terrorist fighters and their families in the Western Balkans in particular over the last four years. We have found that the risks, and therefore the appropriate responses, were often not as initially expected by governments.

While recognising the very different contexts, there may be lessons to learn here for the government of Australia (which is also a generous supporter of GCERF, mainly for our programming in the Philippines).

First, returnees with whom we are working have suggested that as important as selection, screening, and surveillance are in explaining why returnees are not becoming mobilised, there is also an element of effectively self-selecting. Overall, the radicalised would prefer to stay in Syria and await the new Caliphate than return, while repentants and victims want to go home.

But where government interventions may have an unintended consequence, we have found, is to deter some of those who do wish to return. This is because people who are identified for return by the authorities may become stigmatised by those who are not. We have come across cases where people selected for return have withdrawn from the process for this reason. We suggest that as far as possible, pre-departure interventions, typically including awareness-raising, psychological and social support, as well as citizenship training, should extend to the wider community.

Second, we have found that women who have been allowed to return to their communities may be so marginalised there that they become more radicalised. It may be that their experiences and the normalisation for them of extremism and violence make them particularly vulnerable, but the point remains that rather than radicalising others in their communities, they are becoming radicalised themselves because of the attitudes of their communities towards them.

We have found a few interventions that may help mitigate this risk. As important as preparing returnees for their return in advance may be, so is preparing the communities to which they are intended to return. Key stakeholders include local authorities, religious and community leaders, teachers and social workers. But in our experience, not enough attention is paid to employers. It is hard to persuade employers to take on people who may be stigmatised within the community, but in the Western Balkans and elsewhere, most employers who have taken the risk have been rewarded with loyalty. We have also found working with local journalists to be important, especially to help change public perceptions of returnees by giving them an opportunity to share their experiences and voice their regrets.

It is hard to persuade employers to take on people who may be stigmatised within the community.

Third, although access is extremely limited and evidence scarce, it is reported to us that the correlation between returnees and radicalisation, and the distinction between agents and subjects of radicalisation, is as blurred inside prisons as it is outside. Certainly, in our recent programming on preventing radicalisation inside prisons and after release, most people of concern are not returnees from Syria (most of whom remain imprisoned) and there is little evidence that they have been radicalised by returnees. We have found that raising awareness among prison guards and staff that the risk of radicalisation extends beyond returnees alone is important.

As it evolves, GCERF’s programming on the return, rehabilitation and reintegration of foreign terrorist fighters and their families points towards a hierarchy of priorities. The first is the returnee, who may pose a risk, or be vulnerable, or both. The second is the wider community – whether the camp community pre-departure, the prison community, or the community of return. But there is also a wider, global community.

As in other countries, Australia’s approach to returning its citizens from Syria is deeply entrenched in national security. But policies may have unintended consequences beyond its citizens, for example by hardening divisions and generating resentment in camps in Syria. Australia also has lessons to learn from the experiences of other states, and it should embed in its policy approach a commitment to compile lessons to share and support the wider global effort to finally close the camps.

As the war in Ukraine goes from bad to worse, Russia may still win a vote to reshape the net as we know it.
Oriana Skylar Mastro 16 Dec 2020 06:00

The US and its allies may have military dominance in the region, but it’s no guarantee of influence.
Greta Nabbs-Keller 26 Oct 2018 06:00