Russia’s war will hasten the drive for clean energy security

Wind and solar is not only zero-emissions – it’s local. And that will cut Europe’s dependence on Russian gas and oil. 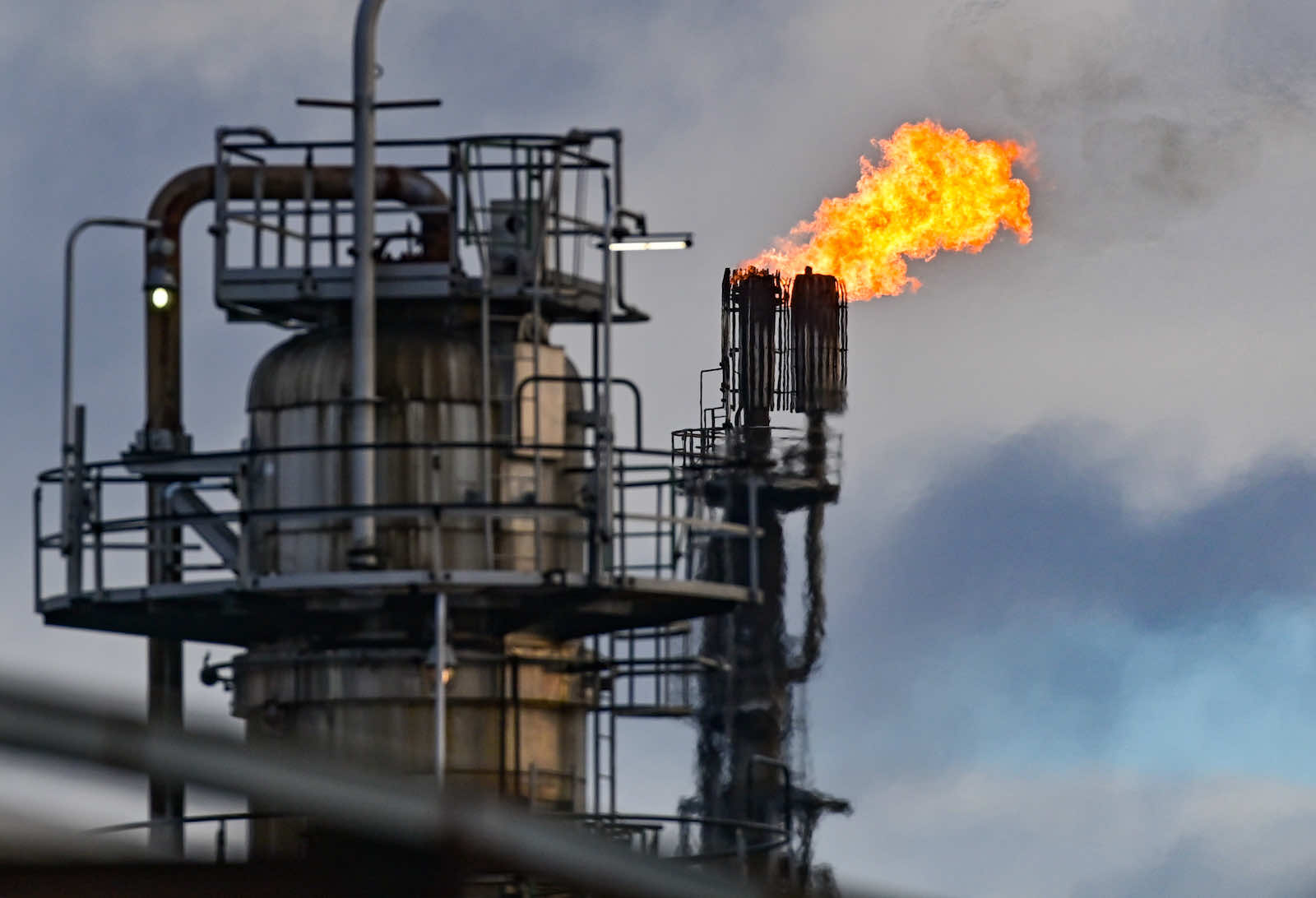 Excess gas is burned at an oil refinery in Brandenburg, part of the “Friendship” pipeline from Russia to Germany (Patrick Pleul via Getty Images)
Published 28 Feb 2022 13:00   0 Comments       Follow @frankjotzo

Russia is a huge producer and exporter of fossil fuels, especially oil and gas. By waging war on Ukraine and all this brings with it for geopolitics, its energy trade will change. It will be a short-term boost to other energy exporters, but the bigger effect will be a fundamental re-think on energy security which will accelerate decarbonisation.

Russian gas supplies to Europe will fall, more immediately as a result of trade sanctions and Russian countermeasures, and over the longer term because European countries will no longer want to be hostage to Russian energy supplies. The new Nordstream 2 pipeline from Russia to Germany is dead in the water for now. Russia could gradually supply more gas to China and some other markets, but most of its gas is transported in pipelines not on tankers so it is not easy to change destinations. It’s a similar story for much of Russia’s oil exports.

For other gas and oil producers this is good news. Oil prices have already jumped up as they usually do in times of crisis. Prices for liquefied natural gas (LNG) are on the rise too, as are coal prices. Exporters with spare capacity will fill the gaps left by Russia, to the extent of spare capacity in Europe’s LNG import terminals.

The way Russia acts now is triggering a fast and fundamental re-think of European energy strategy.

Australia’s gas export facilities operate near full capacity so don’t expect greater exports. The higher prices are an incentive to invest in extra supply capacity but this is not straightforward, and building or expanding LNG processing plants takes a long time. The main effect for now will be higher prices benefitting gas companies and hurting domestic consumers.

Some big changes however are afoot in energy importing countries, and they go against fossil fuels. Western Europe’s energy system depends heavily on gas and oil imports. More than half of Germany’s gas supply is from Russia.

This has been a strategic vulnerability for a long time, while European governments and industry by and large choose to hope for the best and trust Russia. The way Russia acts now is triggering a fast and fundamental re-think of European energy strategy.

Europe will be in a hurry to stop its reliance on Russian gas. In Germany for example, the need to supply gas for heating next winter will drive change fast. European heavy industry also relies heavily on imported gas. Europe will expand gas import infrastructure to be able to land more LNG, wherever it may come from. In some countries, coal power plants will be running harder or kept running longer before planned closure, to save gas. A similar consideration goes for nuclear power though little can be done short term.

The big and lasting effect will be to greatly accelerate investment in renewable energy, with much more solar power and wind power both on land and offshore. Seaborne imports of fuels based on clean hydrogen are also likely to play a role, with Australia a potential supplier. Previous crises that affected oil supply (other than the 1970s oil crisis) did not have a huge effect, but this one is about gas, and the clean energy alternatives are now affordable. Europe’s heating systems are slated to be converted to electric heat pumps, and this will make efficient electric heating cheaper everywhere, driving uptake globally in future.

The fact that it has zero emissions has usually been seen as the main advantage of renewable energy. From here on, energy importing countries will also place great value on the fact that renewable energy is local energy. A zero-emissions energy system in most countries is by and large a domestic energy system. It is safe when geopolitics fray, an aspect that many now feel is worth paying a premium for.

European governments and industry will push aggressively on investments for clean energy independence. Japan, South Korea and other large fossil fuel importers may feel similarly.  By waging war on its neighbour and confronting the West, Russia will hollow out its own position as an energy exporter.

Russia’s war will therefore accelerate the global shift to clean energy. After an initial rebound in coal and diversification of gas trade, it will drive decarbonisation in electricity supply and in industry. In countries that have already subscribed to energy transition in the name of climate action, things will happen even faster. It will also extend to displacing oil imports by accelerating the electric vehicle revolution. Why be beholden to energy imports when you can run your transport system largely on electricity produced cleanly at home?

It means massive investments. They will underpin a new energy system that will be very low in emissions and very resilient against external threats. It won’t necessarily be the cheapest way to supply energy right now, but spending is not the constraint when nations are faced with what looks like near existential problems. “In the end it is only money … when the situation demands it, the necessary funds will be made available”, said Robert Habeck, Germany’s deputy Chancellor and Minister for Economy and Climate Protection.

In future, it could be that the global climate change problem will be seen that way. In the meantime, the horror of Russia’s war on Ukraine, among all the suffering and economic waste that it will bring, will promote the shift to cleaner energy. It will be painful but effective.