Ukraine’s open approach is a stark contrast to the Kremlin’s secrecy around its invasion. 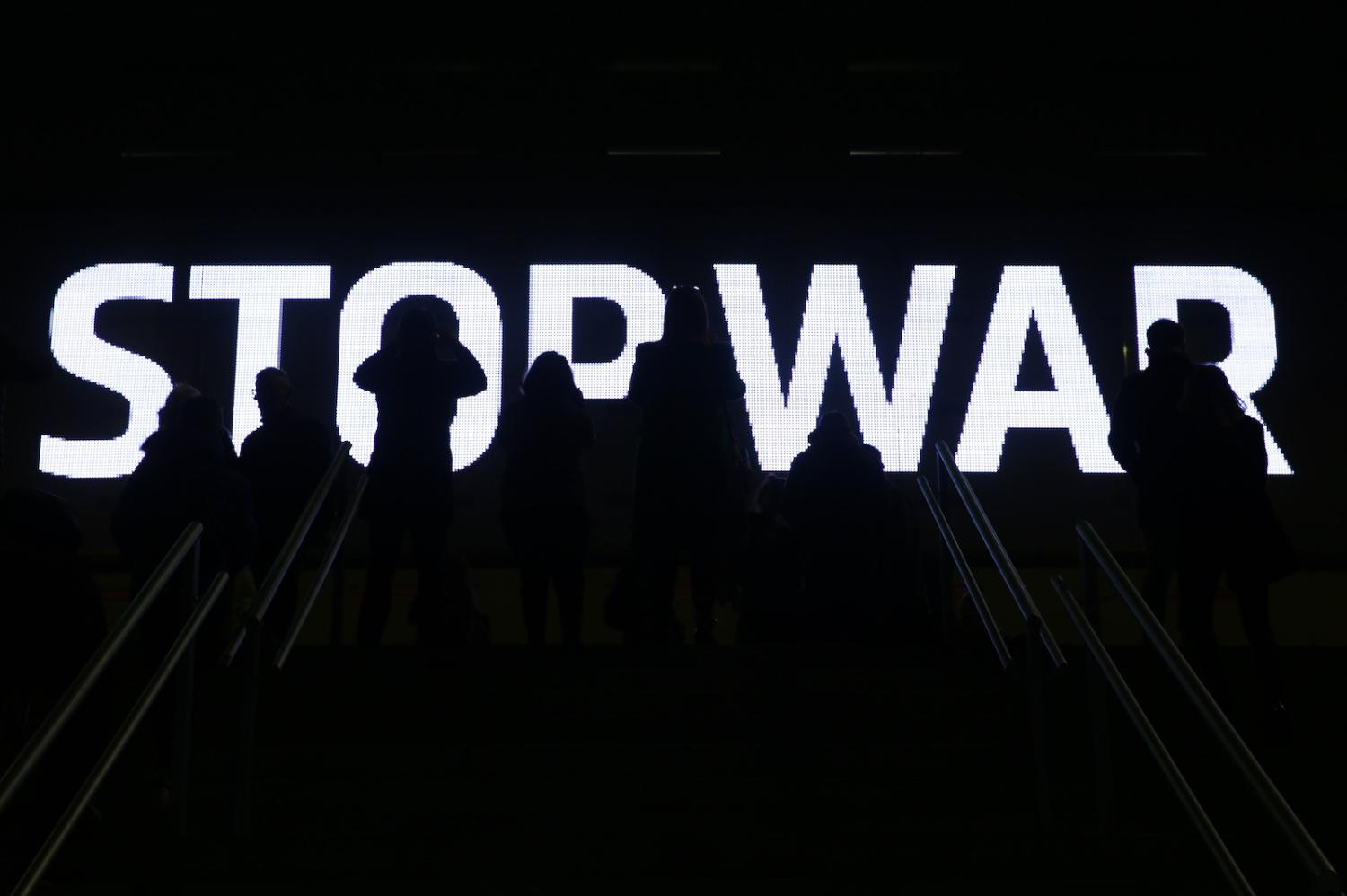 On the morning of 26 February, Ukrainian President Volodymyr Zelensky posted a short video on social media from outside of his office. His face looked exhausted after another sleepless night in the capital of Kyiv where Russian forces tried to enclose the government quarter. Zelensky is apparently their primary target but he refused to leave for a safer place.

“Much fake information is circulating that I’m calling our army to lay down the arms, and I’m being evacuated,” he said smiling. “I’m here. We will defend our country because our weapon is our truth. Our truth is that it’s our land.”

Ukraine’s 44-year-old president is under enormous pressure. Although Western allies helped with weapons and training, his army is fighting a more powerful enemy alone.

In the past days, an unshaven and increasingly fatigued Zelensky has been delivering messages to his nation via live briefings and selfie videos. Several times a day, he tells about his work and the ongoing battles, bolsters patriotic morale, and scolds partners for not enough harsh sanctions. His speeches are impassioned but dignified and honest. He has also addressed Russian citizens, in the Russian language, urging them to take action against the war and, later, thanking those who joined anti-war protests. Zelensky is well-known in Russia from his past career as a comic actor.

Zelensky’s defiance and candor have sparked admiration at home and abroad. A month ago, 53 per cent of Ukrainians thought he wasn’t capable of defending the country in the event of the Russian invasion. Now, his people call him a true leader they are proud of.

"The president is here." President Volodymyr Zelensky of Ukraine posted a video on social media showing him standing alongside other government officials, saying that the country’s leaders had not fled Kyiv as Russian forces entered the city. https://t.co/VPxc01QGAG pic.twitter.com/F91xlEp7we

This frank and direct communication is a stark contrast to Russian President Vladimir Putin’s pre-recorded rambling diatribes, and the silence around the war enforced in the Russian media, as the Kremlin, once again, tries to obscure the scale of its involvement in Ukraine.

In 2014, Russia annexed Crimea without resistance by getting its invading soldiers to strip off their military insignia. Although later it acknowledged its troops had indeed been involved, this simple sleight of hand allowed it to control the narrative.

Russia subsequently effectively obscured its direct role in the conflict in Ukraine’s east, portraying it as a civil war and bona fide pro-independence insurgency. Kremlin propaganda successfully spread the false belief (still widespread among some) that Ukraine is run by neo-Nazis and has committed a “genocide against Russian speakers”.

Since Putin’s invasion, however, Ukraine has dictated the story.

Putin’s justification of the invasion as a “liberation of the Ukrainian people from a nationalist regime” and the “defense of Russia from the NATO threat” has fallen on deaf ears  – even, possibly, at home. More Russians are speaking out against the war and taking to the streets to protest. Sanctions and international support for Ukraine keep coming, turning Russia into a diplomatic and economic pariah.

Although diplomatic efforts to prevent the war failed, the decision of the United States and the United Kingdom governments to release intelligence reports about Russia’s invasion plans in real-time was unprecedented and forced Putin to catch-up, rather than set the narrative as in the past.

Ukraine is relying on years of first-hand experience in countering Russian propaganda narratives.

Now, the Ukrainian government continues a transparent and proactive communications strategy, largely through the effective use of social media. Throughout the day, official accounts rapidly distribute news from the battlefield, warn of airstrikes, and instruct citizens on how to help the defense efforts. Four major oligarch-owned media groups have teamed up with the parliamentary channel to broadcast the same program in unison, amplifying a single narrative. Political differences and criticism over domestic policy have faded, and the trust of the Ukrainian people for their leadership and army is palpable.

By contrast, Russian state media are portraying the war as simply a limited operation in the east, and are not covering the reality of Russian military strikes on cities across Ukraine, including Kyiv. A minority of independent media outlets in Russia that report on the existence of a full-scale war, citing Ukrainian official sources, have received orders to remove “false information” from the state watchdog under the threat of being blocked.

Amid secrecy and censorship in Russia, Ukraine has taken control of the narrative by releasing reports on losses on both sides, videos of captured Russian soldiers, and footage of destruction from Russian airstrikes. Although Ukraine’s approach has not been immune to hyperbole and selective presentation of facts, it is incomparable with Russia’s attempts to create a distorted parallel reality.

Ukraine, of course, is relying on years of first-hand experience in countering Russian propaganda narratives. Since 2015, Russian media outlets and social networks have been banned in the country. And, despite criticism, the National Security Council has in the last year closed four pro-Russian television channels owned by Ukrainian politicians. Civil society has relentlessly promoted Ukraine’s account of its history against Putin’s falsified version.

Ukraine’s edge in the ongoing information war also due in part to the West’s own experiences with Russian hybrid warfare. Since 2014, the Kremlin has meddled in US elections, conducted cyberattacks, and made a number of assassination attempts of dissidents abroad. The Russian use of troll farms is well known by now, and Kremlin-funded multilingual broadcaster RT is widely recognised as a propaganda outlet (and now suspended by a local broadcast partner in Australia).

Social media use is widespread, and there has been a boom in open-source research following the downing by Russian-backed forces of Malaysian Airlines flight MH17 in eastern Ukraine in July 2014.

The movements of Russian troops have been documented in high resolution by satellites. Online sleuths have quickly debunked claims made by Russian and separatist media on Kyiv’s supposed plans of attack. A video of a purported sabotage attempt at the behest of Ukraine turned out to be fake, and announcements by separatist leaders of emergency evacuations of civilians were exposed to have been recorded in advance of explosions that were blamed on Ukraine. Facebook and Google have banned Russian state media from running ads on their platform. Moreover, Anonymous hacker group has declared a cyberwar on Russia taking down its government websites and state media.

Fierce fighting continues on the streets of many Ukrainian cities. But it’s clear that this time the Kremlin likely won’t be able to sow confusion, conceal its crimes, or cloud the international response.