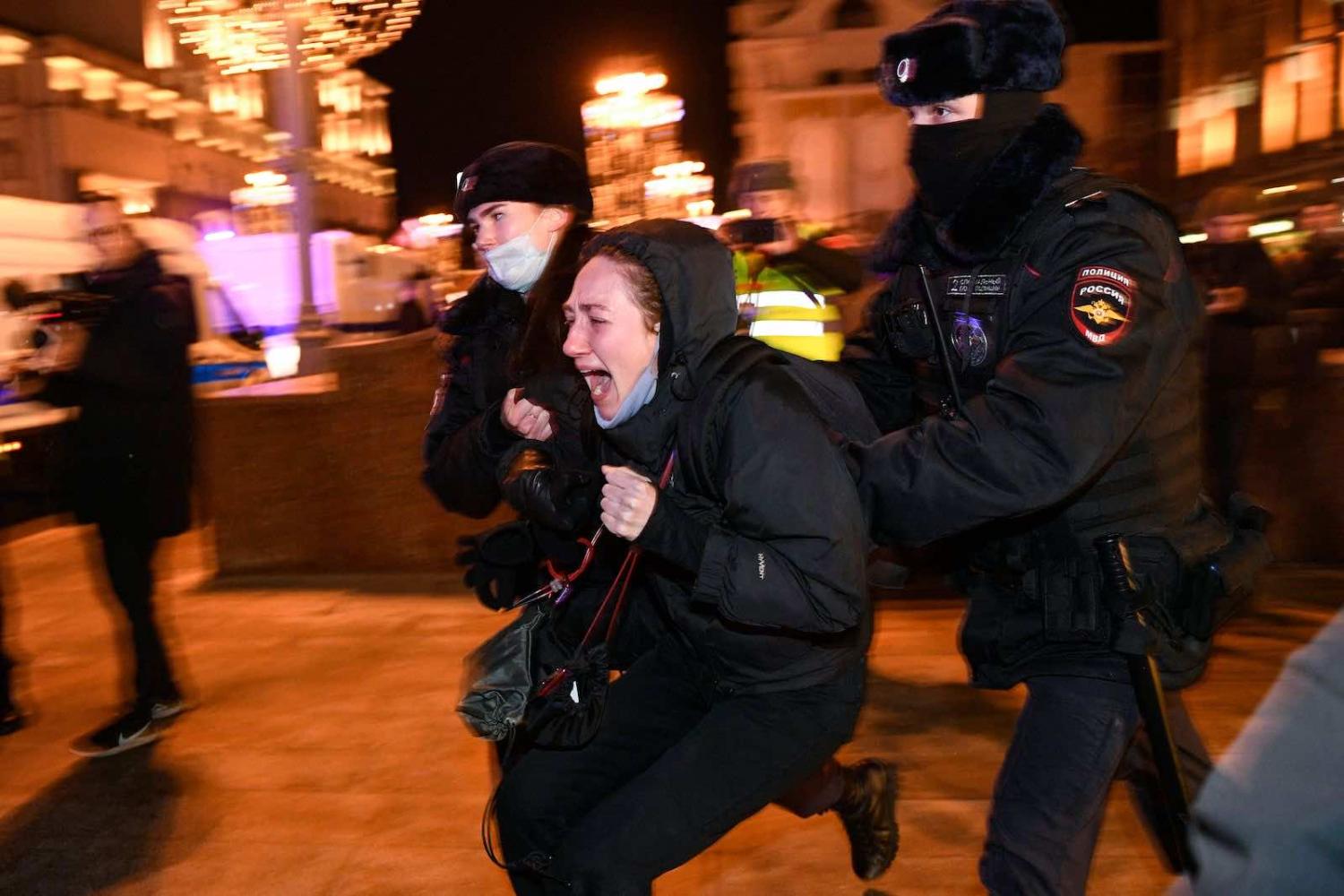 However this ends, it will not end well for Ukraine. And likely not for Russia either.

Ukraine’s experience throughout this crisis has been a sad lesson in the realities of realpolitik. Geographically stuck right next door to a powerful, menacing neighbour intent on bringing it to heel, but lacking the protection offered by a formal security alliance, Ukraine was always going to be on its own in confronting Russia’s aggression.

While increasingly ready to provide material assistance and moral support for Ukraine, there was never any prospect, whatever the media outrage and political wringing of hands, of Western states risking wider conflict with nuclear-armed Russia by getting involved themselves in the conflict on the ground. (An increasingly isolated Kremlin may, though, interpret the stepped-up Western supplies now of military equipment to Ukraine as a hostile act, potentially raising the stakes further).

When the gamekeeper turns poacher, the UN is rendered powerless: Russia’s veto power at the UN Security Council effectively stymies the world body from taking any effective action to stop it.

Ukraine’s fate underscored just why its neighbouring central and east European states were so anxious to secure the protective shield offered by NATO as soon as they could after throwing off Moscow’s suzerainty at the end of the Cold War.

Russia’s readiness to resort to war as an instrument of statecraft came as a shock to many. That Russia – a permanent member of the UN Security Council, the body responsible for maintaining international peace and security – itself launches open and unprovoked aggression against a weaker neighbour, breaching fundamental principles of respect for national sovereignty and territorial integrity, exposed starkly the limitations of the international rules based system. When the gamekeeper turns poacher, the UN is rendered powerless: Russia’s veto power at the UN Security Council effectively stymies the world body from taking any effective action to stop it.

That’s a sobering thought – especially for smaller states that count on the international law and UN rules based system to safeguard their security and economic interests. That a large nuclear power is prepared to use massive conventional military force to achieve its ends, oblivious to global opinion and the impact of economic sanctions, is a worrying harbinger – with serious wider ramifications.

Yet, if the prospects for Ukraine are bleak, it’s no better for Russia. Indeed, Putin may well have bitten off more than he can chew, and his invasion of his neighbour could prove counterproductive – both abroad and at home. While Russia can probably eventually, by deploying sufficient military capabilities, carry the day militarily in Ukraine, albeit at considerable cost, it’s hard to see how Putin converts this into enduring political and strategic gains.

Politically, Russia may occupy Kiev, and seek to install a subservient pro-Russian regime. But, faced with inevitable on-going Ukrainian civil resistance and armed insurgency, such a puppet government could only survive, propped up by a massive Russian garrison. Meanwhile, Russia’s aggression, far from drawing Ukraine back into Russia’s orbit, will instead complete Ukraine’s estrangement from Russia and drive Ukrainians even closer to Europe.

Similarly, rather than pushing NATO back from Russia’s borders, and weakening the alliance, the experience of Russia’s aggression against Ukraine will likely instead strengthen NATO’s cohesion, resolve and sense of purpose. The renewed sense of a common threat will bind the United States and its Western European partners more closely together. And NATO is likely to forward deploy more, not less, military forces to its eastern member states, such as Poland, Romania and the Baltic republics, to provide them with a reassuring trip wire.

The severe Western sanctions now announced, while not at all likely to deter Putin politically, will nonetheless severely damage the Russian economy, and hurt the livelihoods of ordinary Russians, already struggling with rising inflation and stagnant disposable incomes. Russia and Russians will emerge from this poorer. While any resulting popular discontent will not in itself threaten Putin’s hold on power, it will require the Kremlin to intensify its already tightening controls on society, deepening the repressive climate. This will inevitably encourage more of Russia’s youngest and brightest to leave for the West.

Moscow is clearly counting on China to provide it with cover, both politically in the face of hostile international opinion, but also economically. China offers an important alternative market for its oil, gas, coal and grain, and a means of obviating sanctions on technology. It can also help Moscow get around the difficulties posed by Russia’s exclusion from the Swift international payments system.

But this is a two edged sword. It can only deepen Russia’s dependence on China, in what is already an increasingly asymmetric relationship. Moscow will not be comfortable with this – but in the circumstances its actions have created, it is left with little alternative.

None of this a surprise to any clear-sighted analyst. But, worryingly, Putin seems increasingly to see himself as a man of destiny with a mission: to restore Russia’s greatness, its historical patrimony and its international power and influence – whatever the price.

The tragedy is that ordinary Russians and Ukrainians are destined to pay the price for Putin’s hubris.

Previous Article
Australia was quick to sanction Moscow. Why not Myanmar?
Next Article
Russia’s war will hasten the drive for clean energy security

Rising protests and a sinking economy spell trouble in Thailand

A wave of dissatisfaction with the ruling elite and a Covid-induced recession have shaken the country’s foundations.
2 Mar 2017 17:37

Which countries host the most refugees, who is considered a ‘genuine refugee’ under Australian law, and more.