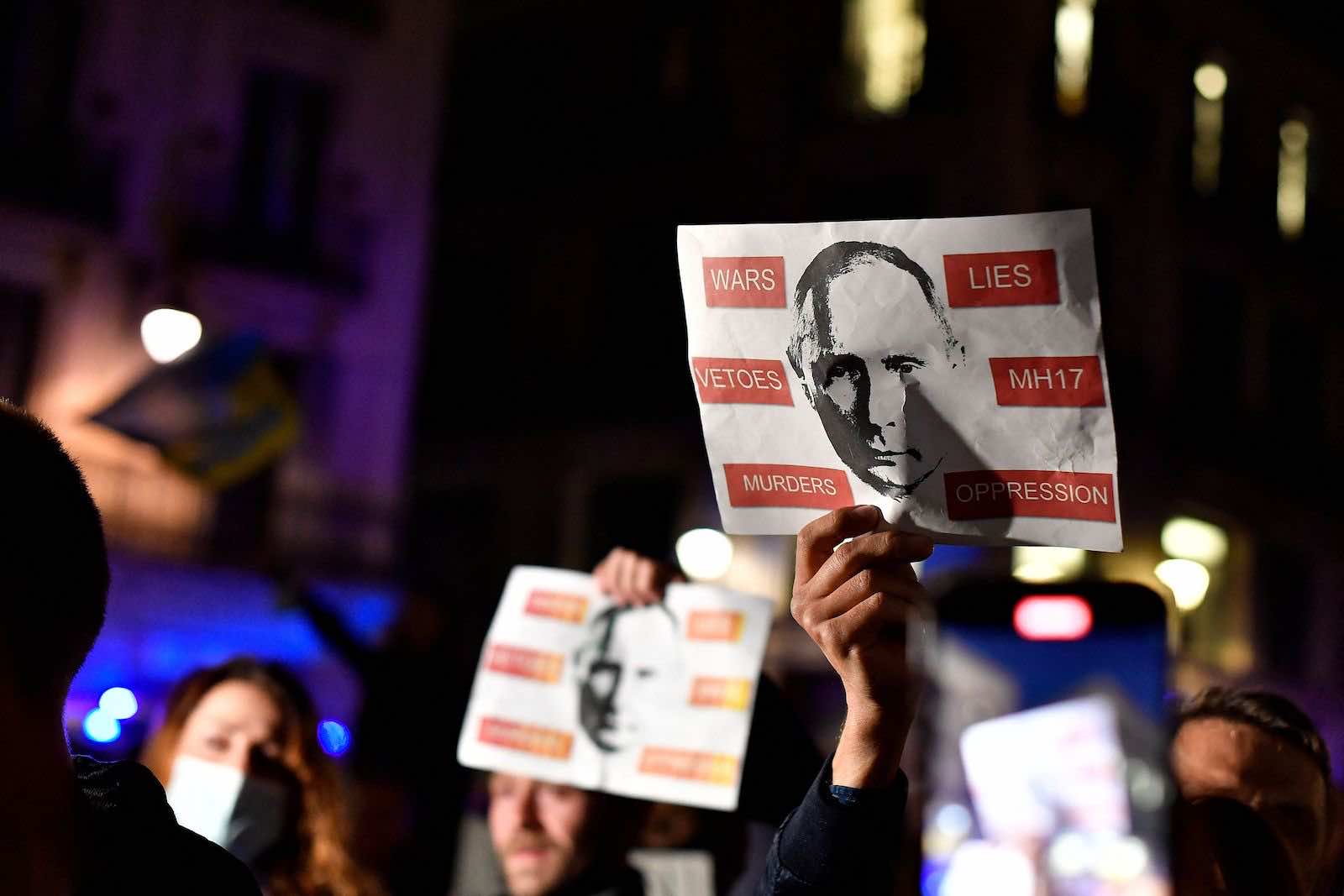 “Australians always stand up to bullies, and we will be standing up to Russia”, declared Australia’s Prime Minister Scott Morrison last week, announcing a suite of sanctions against Russia after Vladimir Putin’s decision to recognise the separatist regions in eastern Ukraine, just hours after the United States and United Kingdom did the same. The sanctions target transport, energy, telecommunications, oil, gas and mineral reserves, and some Russian banks. Sanctions and travel bans were also placed on eight Russian individuals.

More announcements about sanctions followed a day later after Russian troops flooded across the border to invade Ukraine. They included targeting another 25 individuals (army commanders, deputy defence ministers and Russian mercenaries) and four entities involved in military technology and weapons. Sanctions on 300 Russian parliamentarians and Belarus have also been flagged.

The aim is to be comprehensive, so over the weekend, the government took an extra step. Following moves from the UK, the EU and Canada, Australia is investigating the option of directly sanctioning Putin himself as well as Russia’s Foreign Minister Sergei Lavrov.

The option of expelling diplomats remains a live option. It is not something that we are considering currently. It enables us to have a direct line of communication with the Russian government. We did call in the ambassador to meet with the Secretary of the Department of Foreign Affairs and Trade to make absolutely clear our views.

There is no doubt the sanctions are vital and the ramifications of Russia’s escalating war against Ukraine are huge – and potentially global. The Australian response is appropriate.

But the rapid action over Ukraine is at odds with debates about the use of sanctions much closer to home.

It may not have been an invasion, but acute misery is still the result from military acts of aggression in Myanmar.

Last year, Myanmar’s military junta staged a coup against its government (the civilian side of its government, given the constitution reserves 25 per cent of its parliamentary seats for military officials). Australia responded with some public statements to condemn the military takeover. Those statements continued to be published as public protests in Myanmar against military control gathered pace and the junta’s assaults on the citizens of the country escalated. It may not have been an invasion, but acute misery is still the result from military acts of aggression in Myanmar.

Payne, when replying to questions of sanctions on Myanmar’s military, said sanctions would be considered when they are in the “national interest” – whatever that is in this case. The government noted an intention to amend the Autonomous Sanctions Act 2011 so that “all options remain on the table” while keeping the “Myanmar sanctions regime under active consideration”. It is likely the protection of Australian citizen Sean Turnell, who was arrested by the junta at the outset of the coup for his advisory role to Aung San Suu Kyi, has factored into Australia’s interests.

Regardless, in December, the sanctions amendments passed. It means that now the Australian government can coordinate, with like-minded states, to impose targeted sanctions against people and entities involved in human rights abuses such as those that have occurred in Myanmar for more than a year.

Still, there has been no public response from the government to the question of sanctions on Myanmar, despite the abuse on Myanmar’s people escalating, and despite growing calls for sanctions.

That seems hard to square with the claim that Australia always stands up to bullies. The “national interest” test seems to be misaligned. And it’s certainly difficult to explain to the tens of thousands of people from Myanmar (or Burma as many still call it) living in Australia, who, like Ukrainians abroad, fear for their loved ones – and their democracy – at home.