For Beijing, armed drone exports are good business in more ways than one. 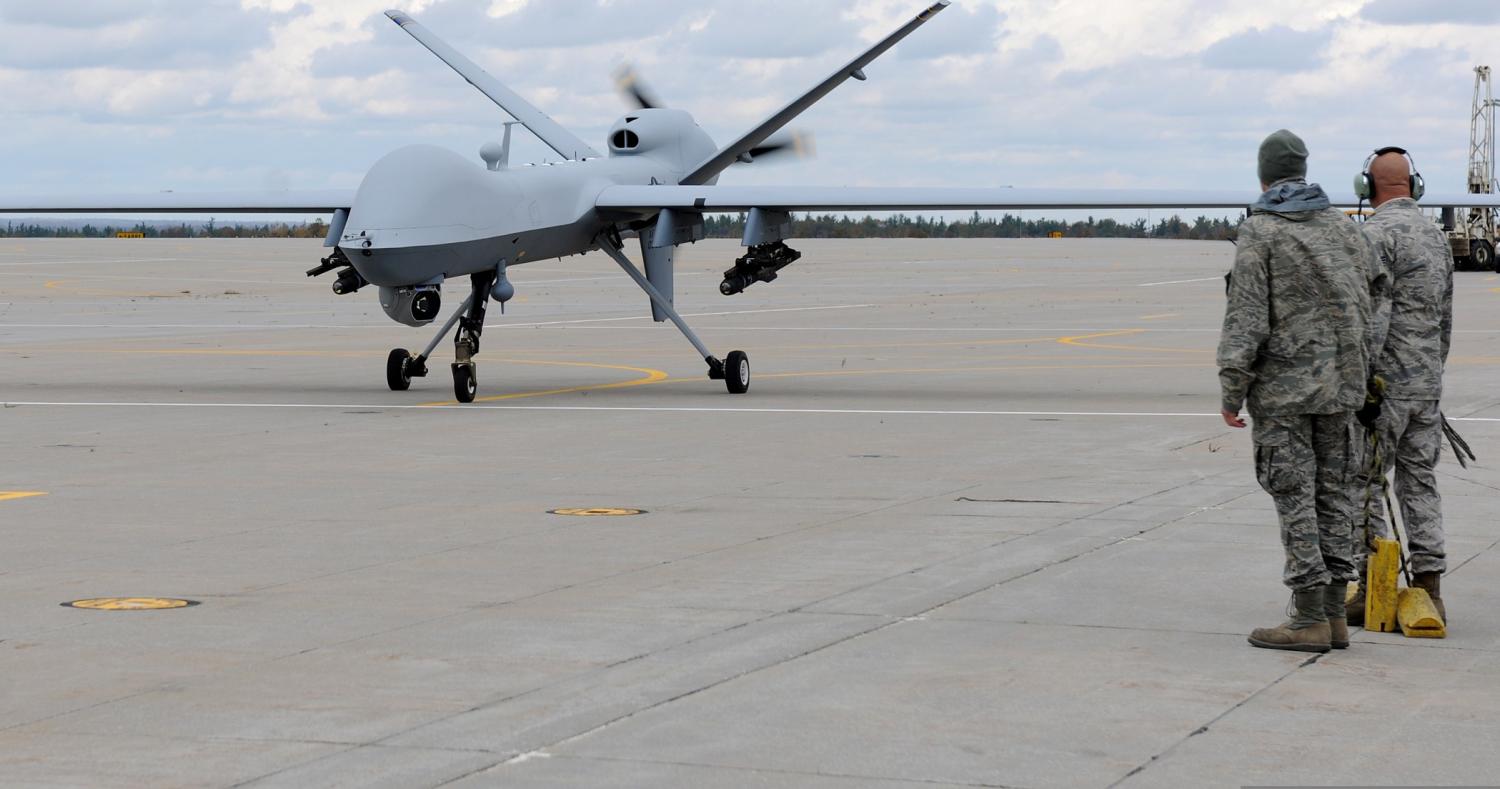 China's CH-5 Rainbow is modelled on the US MQ-9 Reaper, pictured here at a US Army Airfield. (Photo: Getty Images)
Published 26 Jul 2017

Once the domain of only a handful of states, weaponised drones are now part of the military arsenal of no less than a dozen countries. That number is set to expand after China announced it would begin to sell and export its most powerful drone, the CH-5 Rainbow, that's modelled on the US MQ 9 Reaper.

China has previously sold armed UAVs to Saudi Arabia, Iraq, Egypt, and the United Arab Emirates. The commercially produced CH-5 Rainbows will most likely be headed to states in the Middle East and Africa that are unable to purchase such technology from the United States due to the US Arms Export Control Act and technology transfer restrictions. While the US announced in 2015 that it would be selling weaponisation kits to key NATO allies, US policy dictates that sales are to 'improve the capability of a ... key democratic partner of the United States in ensuring peace and stability around the world', and there are guidelines to avoid 'altering the basic military balance in the region'.

China labours under no such restrictions. Nor is China a signatory to the Missile Technology Control Regime, a voluntary 1987 arms control agreement that applies to the proliferation of airborne technologies that can delivery payloads of 500kg and travel more than 300km. Long-range drones presumably fall under the remit of this agreement that requires member states to apply a 'strong presumption of denial' to their sale.

For Beijing, armed drone exports are just good business, and in more ways than one. China is currently the third largest arms supplier in the world by value, behind the US and Russia. SIPRI reports detail that Chinese exports of major arms increased by 74% between 2007-2011 and 2012-2016. Unmanned aerial vehicles like armed drones are an increasingly important component. As the latest Pentagon report details, such transfers are not only financially advantageous. They are also used to support broader foreign policy goals such as 'securing access to natural resources and export markets, promoting political influence among host country elites, and building support in international forums'.

For its customers, China's arsenal is more accessible and more affordable than that of the US. The Rainbow, for instance, comes in at roughly half the price of its American model. The lower price tag comes with less range and endurance due to a much less powerful engine. This is a common weakness in Chinese aviation which China has reportedly attempted to rectify through industrial espionage - in 2016, a Chinese national 'technology spy' was jailed in the US for trying to obtain an MQ9 engine. Despite these limitations, the Rainbow still packs a highly lethal punch, carrying up to 16 missiles as well as advanced surveillance capabilities.

Demand for weaponised drones is increasing. For the US and other allies, the technology has long been valued for its targeting precision that keeps civilian casualties and economic costs low. As part surveillance machine, drones are responsive to changing conditions, such as the entrance of non-combatants into a blast zone. Drone operations generally pose less risk to civilians and less collateral damage than a traditional strike. This in part explains their popularity with military advisors, politicians and the public.

The proliferation of these weapons, however, presents challenges.  A 2014 Foreign Affairs article by Sarah Kreps and Micah Zenko argued that armed drones could increase the possibility of 'military conflicts in disputed areas where the slightest provocation could lead to strife'. These risks only increase when armed drones are used by an increasing number of states, particularly in the same conflict theatre.

An arms race in drones is probably in no one’s interest, except perhaps those with a sales quota to fill.

The White Paper relegated gender equality as a development issue, rather than a strategic priority.
Merriden Varrall 16 Mar 2018 12:00

China is merging departments in a bid to further enhance its cultural influence.
Paul Ronalds 5 Apr 2019 06:00

Bold policy ideas are welcome, so is Rutger Bregman’s “radical” challenge to the supposed wisdom of critics.