It would be useful to have more cooperative economic ballast in relations, even as other things might deteriorate. 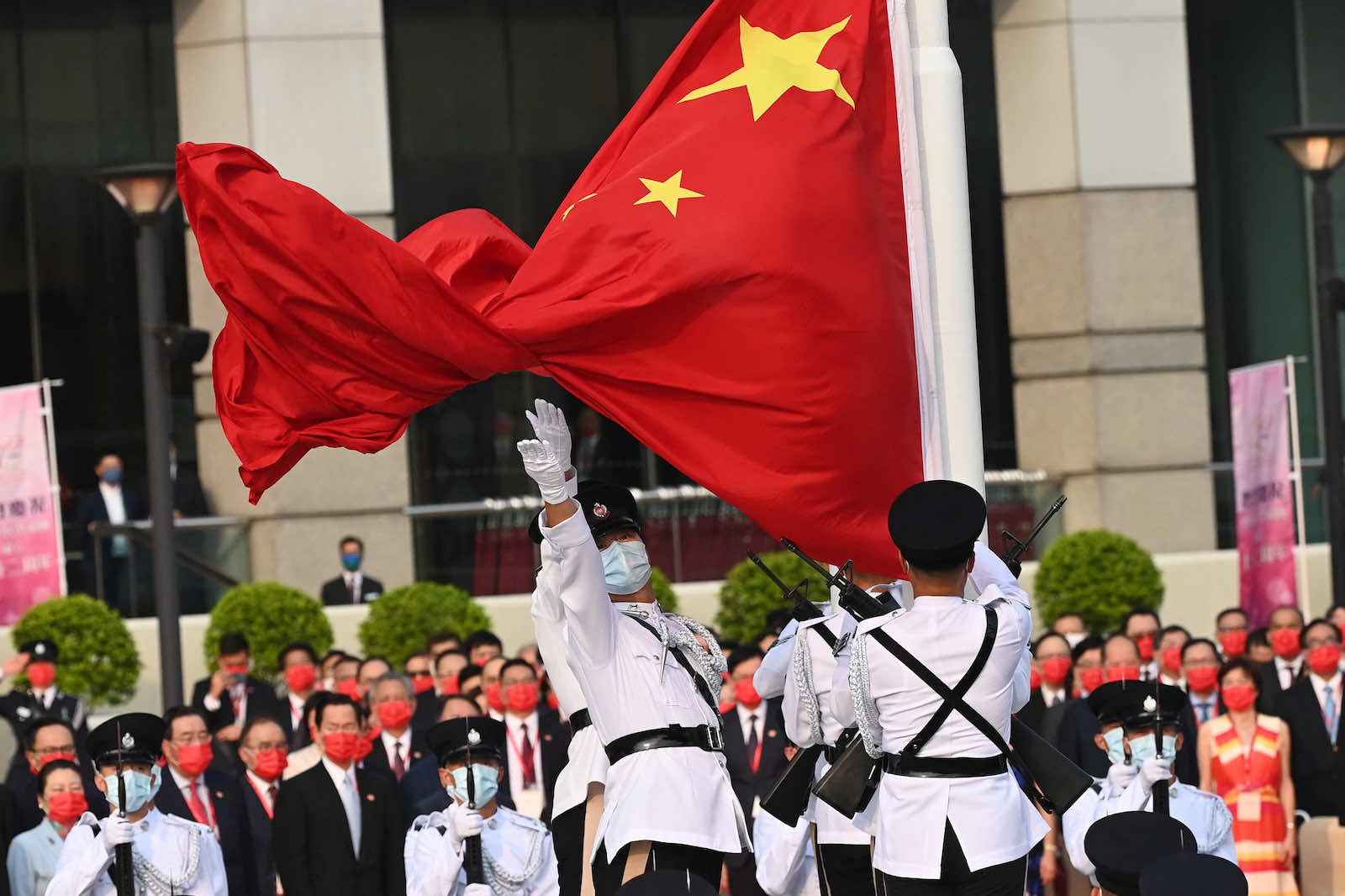 No one is hoping to convert China to Australia’s system of economics – or democracy (Peter Parks/AFP via Getty Images)
Published 4 Oct 2021 06:00   0 Comments

China’s recent request to begin talks to join the Comprehensive and Progressive Trans-Pacific Partnership (CPTPP) was a surprise. With geopolitical tensions at a high, China is now formally seeking to join the very trade pact often seen as designed to counter it.

For Australia, a leading CPTPP member, the whole thing is especially awkward – coming on the heels of not only the newly minted AUKUS submarine deal with the United States and United Kingdom but also more than a year of aggressive trade coercion by China and an even longer deep freeze in bilateral relations.

It is tempting for many in Australia to respond to China’s CPTPP bid with considerable scepticism, perhaps even a cynicism that it is little more than geopolitical manoeuvring.

The CPTPP rules have more than a little wiggle room, meaning the possibility of future accession by China is not necessarily as remote as it might seem.

The timing of China’s bid might well be opportunistic. But China has been signalling interest in CPTPP for years, with Xi Jinping flagging just last year that China was giving “positive consideration” to applying.

It is cliché that countries need to be able to walk (on security and geopolitics) and chew gum (on economics and cooperation) at the same time. But that is exactly what Australia must do. And, to the extent it can, Australia should be prepared to encourage others to do so too – including the other CPTPP members, the United States, and, indeed, China itself.

No one is hoping to convert China to Australia’s system of economics (or democracy): just working out a modus vivendi which is better than active hostility. Australia does not trade only with its friends, democracies or the Anglosphere. Although it might be out-of-fashion, a world of multi-faceted international interdependence gives all parties more opportunities to benefit and more reasons to foster stability.

It is often said that China cannot possibly meet the so-called “gold standard” rules of the CPTPP. But these are not some indisputably correct principles, brought down from the mountain. They reflect the inevitable compromises of international relations. And in reality the CPTPP rules have more than a little wiggle room, meaning the possibility of future accession by China is not necessarily as remote as it might seem (for instance see here and here for useful discussions).

Vietnam, after all, has broadly similar economic characteristics and is already a member. China is much bigger, so CPTPP members would be reluctant to give them the same flexibilities. Equally, the stakes with China are far higher. A China operating by more, rather than less, of the same rules would be better than otherwise. And it would be useful to have more cooperative economic ballast in relations, even as other things might deteriorate. In any case, there is clearly scope for negotiation.

Another issue is that many see China as heading down a path at odds with the market-based principles of the CPTPP. But nothing says China will continue down its current path forever. In some ways, China’s experience under Xi is one of failed, rather than spurned, attempts at market-oriented reform. A slowing economy could prompt change. And there is plenty of time for that during the many years CPTPP negotiations would likely take. The CPTPP offers China economic benefits and a pathway to easing at least some trade tensions with the West. Liberal-minded economic reformers might be on the backfoot now, but ongoing accession talks could prove helpful to their cause over the longer term.

What should Australia do then? Trade minister Dan Tehan has already provided the first elements of the correct response, saying that formal accession talks could begin only if ministerial contact resumed and China dropped its (counterproductive) trade sanctions against Australia. He’s also noted that existing CPTPP members would need the confidence that any new member would implement the deal in good faith – so given its recent track record China will have plenty of work to do. Some might quibble as to whether dropping the sanctions should be a prerequisite or left to the initial accession talks. But there is no doubt that removing these will be necessary for anything to proceed.

The ball has therefore, rightly, been returned straight back into China’s court. It can either demonstrate its seriousness and that it is itself willing to walk and chew gum at the same time. Or it can sacrifice a key potential plank for constructive economic engagement on the altar of short-term geopolitics.

Australia is not in control of any of that. But it can try to encourage China down the preferred path.

That could mean going further to signal that the prospect of China’s eventual membership would actually be a welcome development and one that Australia would be willing to actively work towards – acknowledging some wiggle room in the CPTPP rules rather than clinging to them dogmatically. Australia can also encourage the other CPTPP members, notably Japan, to see things similarly. And Australia should encourage the US to not only come back to the deal (another remote possibility) but also adopt a similar perspective with regards to China’s accession bid.

Such a strategy would make clear that Australia can benefit from cooperating with China on some issues (climate being another), while holding substantial and legitimate concerns on others (security, human rights). That Australia can accept China playing a bigger international role in some dimensions, even as it pushes back in others.

It would also make clear to anyone in Asia that might otherwise be rattled by the optics of the AUKUS deal that Australia is indeed still very capable of pursuing a nuanced strategy with regard to China.

Show Comments
Previous Article
An arms control stocktake
Next Article
Is China’s “age of ambition” over?