Chatter and dissent are now taking place online while freedom of expression and assembly are curbed elsewhere.

My confidence in the Singapore judiciary is as limp as a flag on a windless day.

This statement, written by a blogger in October 2013, is not considered in contempt of court. A judge said so herself.

For a whole range of other statements about the judiciary, though, Singaporeans can’t be so sure. With the first two cases heard under a new contempt of court law ending in convictions, plus anti-fake news legislation on the horizon, free speech in Singapore – including on social media – has become even more uncertain.

In April this year, Singaporean activist Jolovan Wham posted a link to a news article on a constitutional challenge in Malaysia against its hastily passed Anti-Fake News Law on his Facebook page. He added the caption:

Malaysia’s judges are more independent than Singapore’s for cases with political implications. Will be interesting to see what happens to this challenge.

He hit publish and moved on. But it was enough to attract the attention of the Attorney-General’s Chambers (AGC), who proceeded to take action against him for scandalising the judiciary, a type of contempt of court. John Tan, a member of the opposition Singapore Democratic Party commented:

By charging Jolovan for scandalising the judiciary, the AGC only confirms what he said was true.

Tan was then also charged for, and later convicted of, scandalising the judiciary.

The court has not yet meted out penalties to the two men, but under the Administration of Justice (Protection) Act that came into force last year, the maximum penalty is a fine of S$100,000 and/or three years’ imprisonment – a much higher ceiling than the previous precedent.

With freedom of expression and assembly curbed offline, lots of chatter and dissent are now taking place online.

They aren’t the only ones accused of contempt of court, either; a case against the Prime Minister’s nephew, Li Shengwu, for a “friends only” Facebook post is still pending in the courts. Lawyer Eugene Thuraisingam was fined not once, but twice, for publishing a poem on his Facebook page hours before his client was hanged, because the poem was deemed in contempt of court.

Singapore’s judiciary, if one were to believe the AGC, are very easily scandalised.

There have long been laws and regulations in place to deal with the traditional media and news websites. But these more recent actions suggest that the authorities are casting their eye towards social media, generally seen as a freer space for expression and discussion. There’s good reason for it: with freedom of expression and assembly curbed offline, lots of chatter and dissent are now taking place online.

In 2015, Facebook reported that there were 3.5 million people on their platform every month in – Singapore an impressive figure for a population of 5.5 million. While it’s unlikely that all these users engage with political content, such platforms have become arenas for news dissemination and discussion that can’t be dismissed.

Singapore isn’t the only one eager to exercise control over social networks and virtual spaces. The developments in the island republic fit into a pattern of Southeast Asian governments looking to exercise more control over the online sphere.

The Computer Crime Act in Thailand, for example, has been criticised by human rights groups as a way to clamp down on dissent. Thai authorities have said that they’re preparing to take action against the team behind the now-viral video Rap Against Dictatorship, which takes aim at the military junta, corruption, and the lack of democracy in Thailand. Vietnam has also passed a new cybersecurity law that’ll allow the government more power over tech companies.

Following over a hundred written submissions and hours of open hearings, Singapore’s Select Committee on Deliberate Online Falsehoods submitted its report to the government in September. Unsurprisingly, the Committee recommended:

The Government have powers, through new legislation, to implement a range of measures with different objectives ... [to] swiftly disrupt the spread of online falsehoods.

Although the Committee claims that combating deliberate online falsehoods serves the same democratic ideals as the protection of free speech, there are still concerns that new legislation would give the government even more powers to regulate speech in an already highly regulated environment. The lack of a clear definition of what the government actually means by “deliberate online falsehoods” feeds into this fear – vague or overly broad legislation could, like the contempt of court law, end up targeting a wide range of expression.

In an interview, Committee member Edwin Tong dismissed worries over the lack of a definition, saying that “there is no difficulty [on] the legal definition of falsehoods” as falsehoods had previously been defined in defamation or civil fraud cases.

Yet this question of definition is especially important considering the speed at which the government wants to act. In its report, the Committee recommends that legislation enables the government:

To achieve the objective of breaking virality by being effective in a matter of hours.

When operating at such speed, there’s likely not going to be an opportunity to take the matter to the courts and fight it out over whether a Facebook post or news article is or isn’t an “online falsehood”. In such a scenario, the authorities will simply be able to declare something an “online falsehood” and take action. And that’s a very worrying thought. 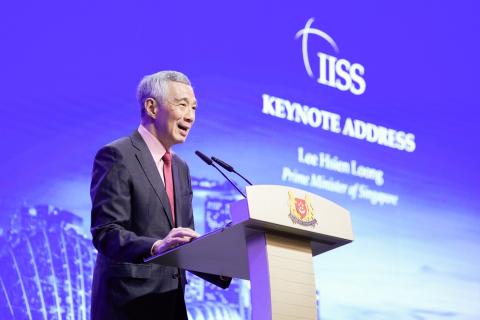