A smoke screen of “normalcy” in Kashmir

In the ethnically diverse region, a displaced minority continues to battle for its rights. 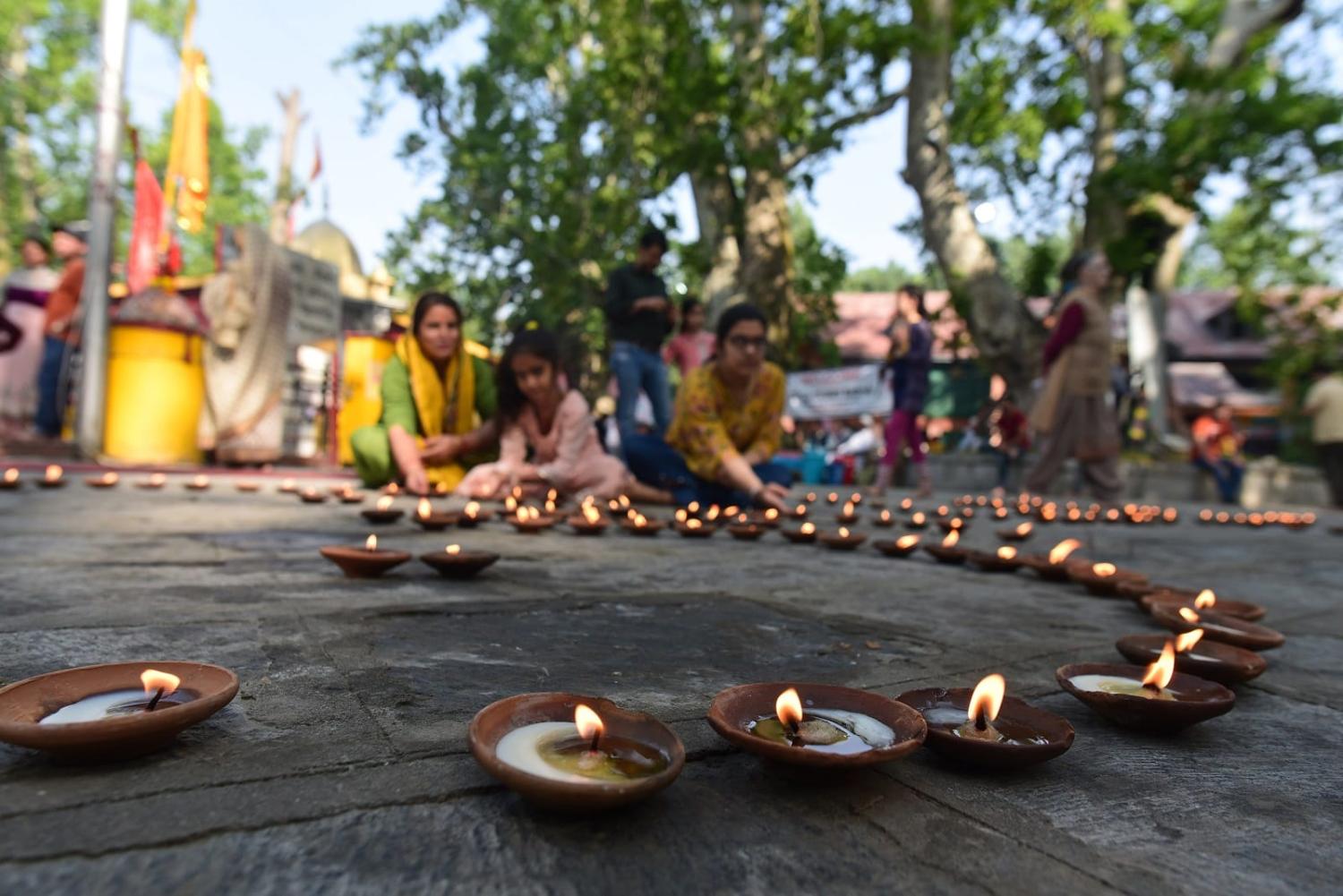 At the age of five, Rahul Bhat fled Kashmir with his family amid what is commonly referred to as the 1990 Kashmiri Pandit exodus. The Pandits are Hindu Brahmins and one of Kashmir’s Indigenous minorities. Following a severe escalation in violence and religiously motivated killings in the 1990s, most Kashmiri Pandit families left the valley, with only an estimated 800 staying behind. Pandits subsequently became an internally displaced community within India. Bhat returned to Kashmir in 2010 under a government rehabilitation scheme. On 12 May this year, militants shot Bhat dead while he was in his office at a government agency in central Kashmir.

India’s central government has shown little sign of changing its position on Kashmir.

Bhat is one of 24 civilians killed by militants this year in Kashmir amid claims that victims have been targeted for their ethnic or religious identity, or are employees of the government – the most recent being a Hindu migrant shot at his workplace last month. For the Kashmiri Pandit community, these attacks trigger memories of the 1990 exodus, prompting the few Pandit families that stayed behind, along with those who returned under government schemes, to consider leaving Kashmir again.

India’s central government under the ruling Bharatiya Janata Party (BJP) insists the region is experiencing “normalcy”, but close observers have instead tied the increase in killings to the government’s own policies in Kashmir. The 2019 decision to scrap the region’s political autonomy – an election promise made by Narendra Modi, which involved revoking Article 370 of the Indian Constitution – alongside subsequent measures have heightened fears that the BJP aims to bring demographic change in this Muslim-majority region.

The government’s response to the recent killings has been underwhelming. Kashmiri Pandits have demanded they be relocated outside Kashmir until peace is restored, however the government has responded with increased security measures and relocation to “safe places” within Kashmir. A Kashmiri Pandit employee organisation reported in June that security forces prevented its members from leaving their accommodations. Meanwhile, the BJP repeats its promise to Kashmiri Pandits of a dignified return to a new Kashmir. For another exodus to occur under its watch would be simply unacceptable.

Rebuilding inter-community trust is a critical component of the process of safely resettling Pandits in their homeland and building durable peace in Kashmir.

Although Kashmiri Pandits comprise a relatively small vote bank, the BJP is eager to highlight its promises to the community to justify its Kashmir policies, as well as to appeal to the rest of its Hindu voter base in India. For instance, the BJP linked the promised abrogation of Article 370 to a return to “normalcy” in Kashmir and an improvement in prospects for Kashmiri Pandits. Instead of approaching the long-term reintegration of Kashmiri Pandits in Kashmir as an essential step in rebuilding the region’s social fabric, their return was presented as an end in itself, useful in projecting the state’s victory over militancy.

Tellingly, rehabilitation packages devised by both the Congress party in 2008 and the BJP in 2015 have focused on the immediate goals of providing Kashmiri Pandits employment and housing in the valley. Housing, in practice, regularly means transit accommodation in highly securitised zones, separated from other local communities to ensure the physical safety of the occupants. Measures such as accountability around their traumatic past and facilitating reconciliation with the local Muslim community remain conspicuously absent from these plans, even though they are central to the complex and long-term endeavour of rehabilitating internally displaced communities.

Rebuilding inter-community trust is a critical component of the process of safely resettling Pandits in their homeland and building durable peace in Kashmir. In this, the Kashmiri Muslim community has a key role to play. The statement of solidarity offered by the Grand Mufti of Kashmir condemning the killings and expressing support for “Pandit brothers” was an encouraging development. Such sentiment must be built on.

However, the central government has shown little sign of changing its position on Kashmir, even as the notion of “normalcy” in the region continues to crumble. This exacts a heavy toll on the Kashmiri populace, local Muslims and Kashmiri Pandits alike.

No news from Kashmir

Since August, the government-imposed internet blackout has made it nearly impossible for journalists to do their jobs.
Christopher Snedden  2 Sep 2019 06:00

New Delhi has even managed to antagonise the pro-Indian politicians in the area with its latest crackdown.
Roshni Kapur 24 Aug 2020 14:00