Social media in times of war

Ukraine offers lessons not only about disinformation dangers but opportunities for resistance and activism. 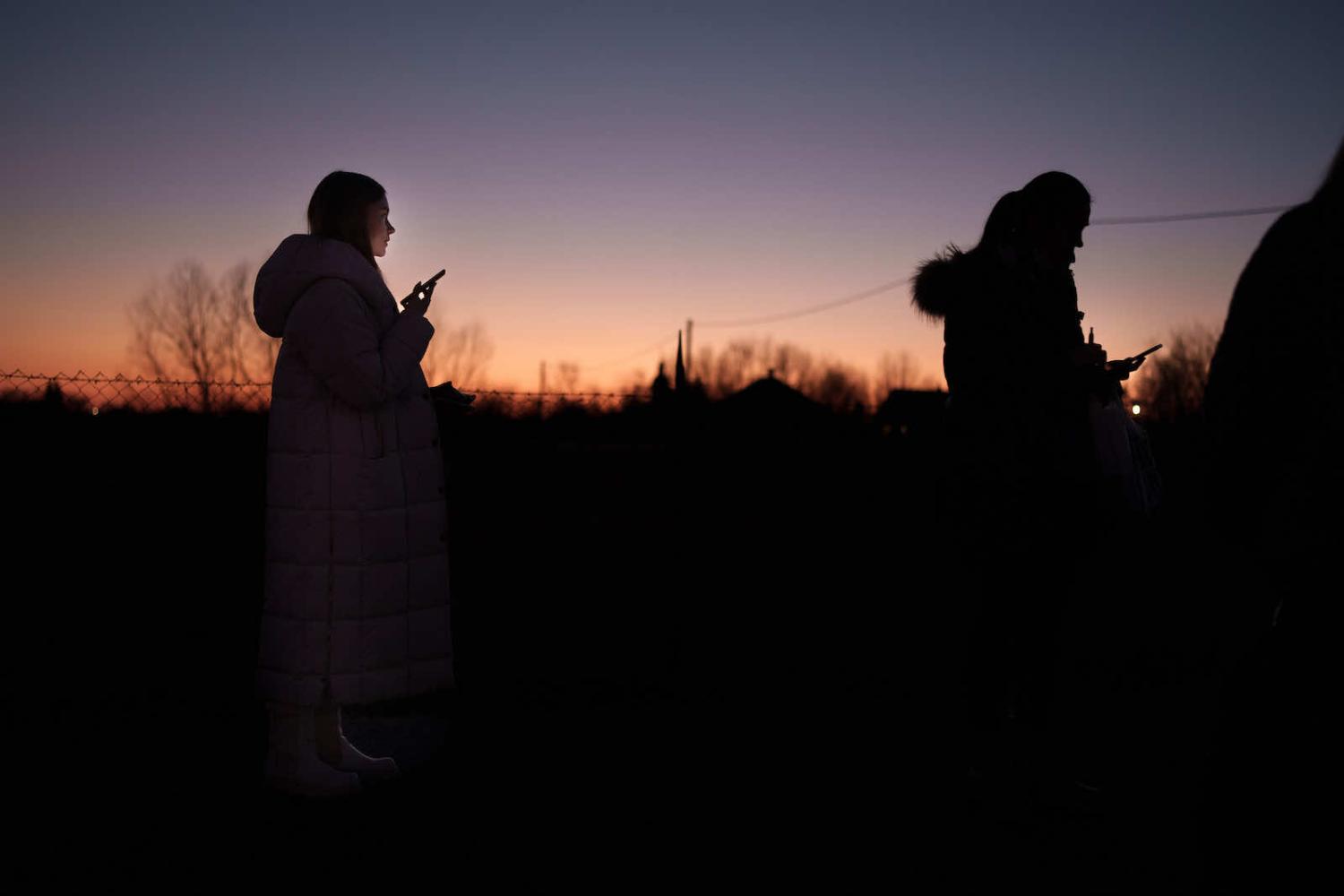 To justify military actions in Ukraine, it was important for putin to get buy-in from Russian citizens and the state-controlled media, like TV channels Rossiya 1 and Channel 1, became essential in this effort. However, tuned into the varied streams of news media, including worldwide social media, not all Russians were buying into the narrative. Thousands flocked to the streets of Russian cities to protest war (and thousands were also soon arrested). Social media was an integral information source that, arguably, putin had not foreseen impacting both Russia’s economy or war tactics.

Russian disinformation tactics are not new. During Lithuania’s independence movement from the Soviet Union in 1991, the Soviet army moved towards the Lithuanian capital city Vilnius. On 13 January 1991, Soviet soldiers in tanks took over the building of the national TV and Radio and announced via loudspeaker that the “parliament has fallen” and the “national rescue committee” will help guide Lithuanians back into the Soviet Union. Russia’s disinformation tactics remain similar 31 years later, using TV, radio, and social media to spread propaganda.

Focussing solely on these negative attributes can ignore how effective digital environments and online communities have been for Ukraine.

Unsurprisingly, as has been written about extensively, social media spaces became saturated with mis/disinformation since the invasion of Ukraine. Technology companies have also responded: Twitter and Tik Tok began tagging Russian state media sponsored content, and Facebook and Tik Tok have updated algorithms to identify previously posted videos following the emergence of war footage in previous years, in different countries, and even from video games. Wall Street Journal correspondent Liza Lin described this as “operating a 24/7 war room”. Indeed, this has just been a taste of other utterly bizarre content that has emerged on social media during the war in Ukraine: astrologists making predictions about war, viral dances that somehow help Ukraine, and ­– as we have all come expect – useless performative activism from celebrities.

But focussing solely on these negative attributes can ignore how effective digital environments and online communities have been for Ukraine. Ukrainians have fully used the power of social media and one only has to look to how Ukrainian officials have used digital tools to amass large-scale support for Ukraine. On the third day of the Russian invasion, the Ukrainian President Volodymyr Zelensky streamed a video of himself walking around Kyiv assuring Ukranians – and the world – that he will not be fleeing the country. For what has now become a legendary motive, he needed “ammunition, not a ride” in a highly-cited response to a US offer for evacuation. On 7 March, he again sent out a video from the presidential palace in Kyiv. Zelensky quips that they used to joke about Monday being a rough day, and every day being a Monday during the time of war.

This authenticity, vulnerability, loyalty to the country and resilience have also been mirrored by other Ukrainian leaders, such as Mykhailo Federov. Fedorov, Minister of Digital Transformation of Ukraine, has been tweeting daily letters to international companies that have business with Russia, requesting them to halt their sales in Russia and thanking those technology companies that acted. ASUS, Amazon, PayPal, Microsoft, Apple, Google, NETSCOUT and many more have received ministerial requests via Twitter. Famously, Fedorov reached out to Elon Musk to request satellite internet. On 27 February, Elon Musk responded that Starlink was active in Ukraine. Two days later, Federov tweeted:

Social media engagement of regular people via Linkedin, Twitter, Facebook, Instagram, and other online spaces have also contributed in novel ways no matter the time zone or geographical distance from the war. Millions has been donated for military equipment and refugee support and innovative fundraising methods have spread widely via online communities (for example purchasing AirBnb stays or through cryptocurrency donations).

Decentralised armies (people with IT skills wanting to protect Ukraine from cyberattacks and counter disinformation) have also accelerated via digital environments. Risking prison sentences, the hacker group Anonymous cracked Russian TV networks to show the reality of war devastation in Ukraine. A cyber group tracker also listed over 40 decentralised groups, spreading from Romania to Indonesia, that were spending time to hamper Russian disinformation and propaganda efforts.

Even many individuals without IT skills may have found power in simply sharing videos and photos of Russian troops moving to invade Ukraine. Here, operations such as cyber-attacks and open-source intelligence gathering are not a practice reserved for intelligence agencies, but something that everyone can take part in with iPhones, social media, and chat apps such as Telegram. These are powerful uses of social media and online communities that should sit parallel to discussions of how to regulate social media spaces during wartime.

Russia has come to learn that it is not as easy to control information and spread disinformation in the age of social media compared to the 1990s in Lithuania when all that Gorbachev’s army needed was to take over the radio and TV towers. As recent news breaks on Russia’s attempts to cut itself off from the global internet, comparisons can be drawn to China’s rollout of the Great Firewall to make predictions on how Russian citizens will innovate their practices in discussing sensitive topics and actively seeking out alternative narratives than what the state are providing.

Disinformation and misinformation are undoubtedly important aspects of understanding social media in times of war. At the same time the strategic, organised and fluent social media engagement by Ukraine has effectively written a policy playbook on effectively harnessing digital spaces via authenticity and vulnerability from officials’ posts on social media and the organisation of a worldwide audience to achieve specific tasks.

Previous Article
Climate change: less space between one disaster and the next
Next Article
Australian cricket’s soft power opportunity

The journalist’s death illustrates broader anxieties for the international rule of law and the fate of the global order.
Denise Fisher 23 Nov 2016 14:05

French and New Caledonian leaders have achieved some important steps in preparing for the 2018 ‘final’ referendum process.
Natasha Kassam 24 Jun 2020 06:00