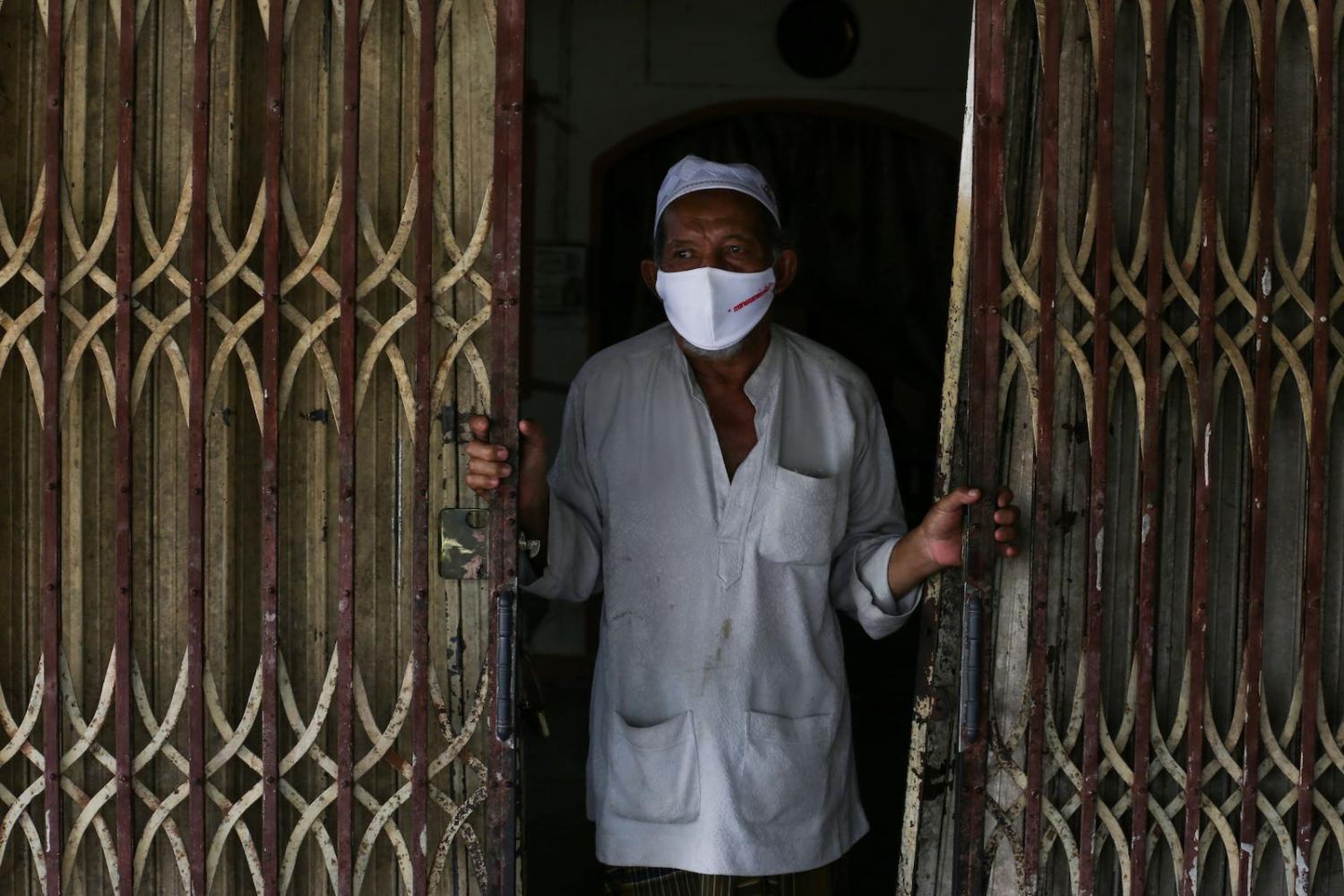 Narathiwat, southern Thailand, during the Covid-19 lockdown, 1 May (Tuwaedaniya Meringing/AFP/Getty Images)
Published 6 May 2020

As noted previously, BRN announced on 3 April that it was suspending hostilities against the Thai state so that the people in the ethnic-Malay dominated southern border region could better deal with the Covid-19 outbreak. It made clear the halt in violence depended on Thai security forces not attacking BRN operatives. In response, the military said it would continue to “enforce laws on those who perpetrate against both officials and innocents”, not ruling out anti-rebel operations.

Although BRN cited humanitarian grounds for its ceasefire, practical considerations may also have played a part. It has been harder for its operatives to move freely, as the government restricts internal travel and clamps down on cross-border movement with Malaysia in an effort to restrict the spread of Covid-19. And any bombings targeting officials that inadvertently hit health workers would have been a public relations disaster for the group, particularly during the Muslim holy fasting month of Ramadan, which this year runs from 24 April – 22 May.

While BRN leaders are signalling that they want to leave open a path for peace with the Thai state, the fighters in the field appear to view the struggle more viscerally, and tend to meet like with like.

The BRN ceasefire held until 30 April, when security forces killed three BRN members in a house raid. The military’s initial assertion that the three were planning an attack during Ramadan seems implausible, given the BRN ceasefire and given the army later walked back its claim, saying merely the three had warrants out for previous attacks. The timing of the security forces’ swoop, coinciding with the Muslim evening fast-breaking, may have made sense tactically. But it will probably alienate further those who believe that Thai officials look down on the region’s Malays, whose culture, language and religion marks them apart from other Thai citizens.

The BRN’s Central Secretariat was swift to condemn the raid on its fighters, though it publicly renewed its call for security forces to join its unilateral ceasefire. But some insurgents on the ground were less forgiving: two paramilitary soldiers were shot three days later, the latest victims in a conflict that has lasted 16 years and claimed more than 7,000 lives. And therein lies the rub. While BRN leaders are signalling that they want to leave open a path for peace with the Thai state, the fighters in the field appear to view the struggle more viscerally, and tend to meet like with like. Nevertheless, it is possible the shootings were a tit-for-tat response to the insurgent killings, and do not herald the start of a renewed campaign.

The resumption of violence does not pose a direct threat to foreigners in Thailand. The insurgents are not attracted to international jihad: the Thai state is their enemy. But, infrequently, insurgents do conduct bombings outside their southern border province theatre of operations (see list below).

So far, the perpetrators appear to have tried to minimise casualties, particularly foreigners, through their targeting and devices used. However, further out-of-area bombings seem inevitable and, with it, the risk of unintended foreign casualties.

US-Australia alliance a friendship, not a love affair