Ending a long-standing program, the US shows its commitment to defending friends in the Western Pacific is on the wane. 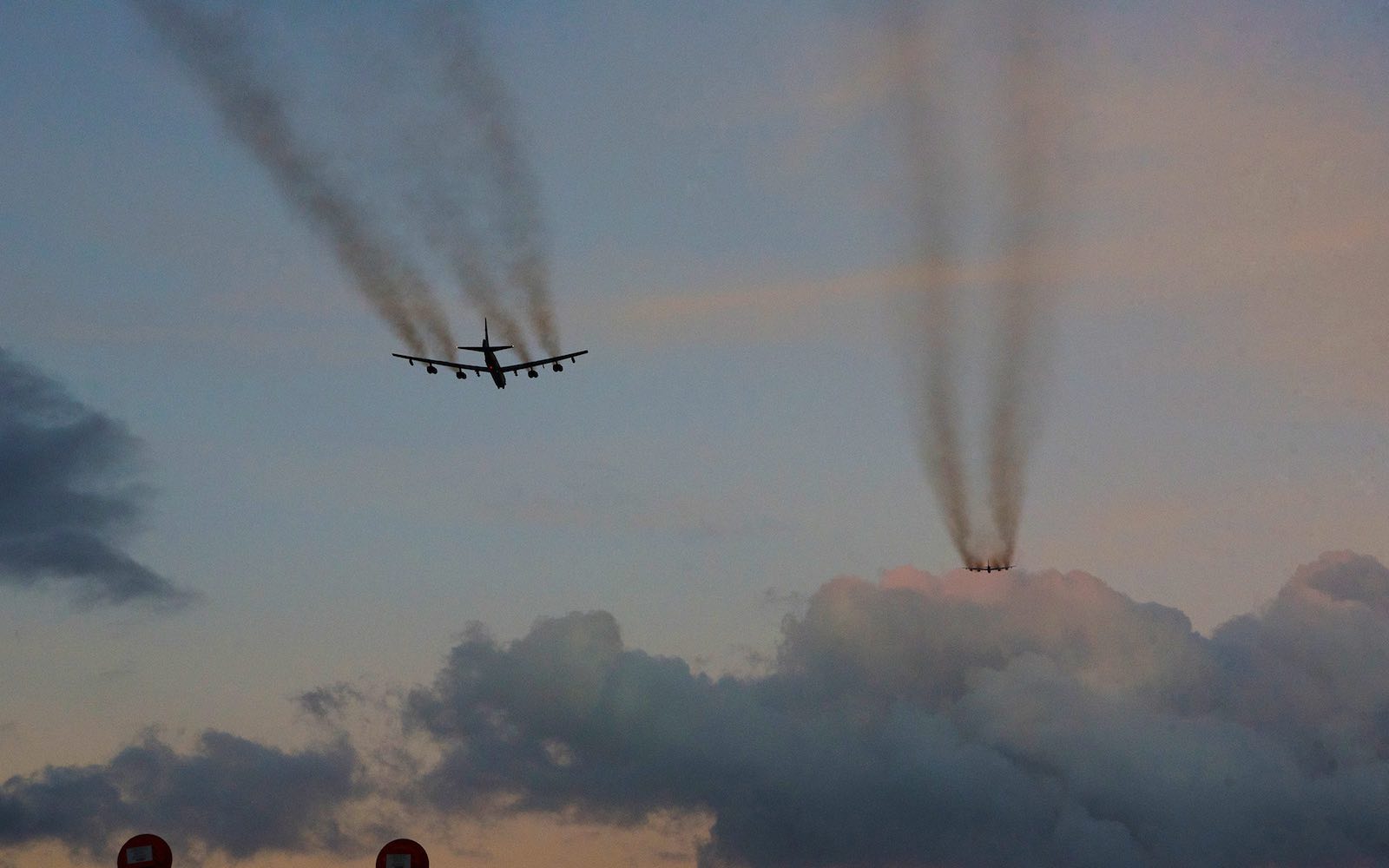 Since 2004, the US Air Force has rotated heavy bombers through the Western Pacific island of Guam. But no more. The Continuous Bomber Presence (CBP), which started in President George W. Bush’s first term and continued through President Barack Obama’s two terms, has now been abruptly terminated in this fourth year of President Donald Trump. The world hasn’t changed – the US has. This appears another step in its withdrawal from the world in general, and the Western Pacific in particular.

For the last 16 years, B-52, and more recently B-1 and B-2, bombers have been deployed to Guam to undertake the descriptively titled Bomber Assurance and Deterrence mission (BAAD). “Assurance” in the sense of reassuring worried allies, partners and friends that the US is firmly committed to the Western Pacific region. “Deterrence” in the sense of being well-positioned to be able to quickly take swift retaliatory action if any nation decided to attack a US ally, partner or friend. The threat of such USAF bomber strikes would hopefully deter any aggressor from military adventurism. Having the bombers at Guam, deep in the Western Pacific region, was a highly visible reminder to all about American abilities to apply considerable military power at short notice, to both reassure and deter.

The symbolism of the Chinese sending their brand-new aircraft carrier to exercise in the South China Sea while the US simultaneously returns its only long-range bombers in the Pacific to America is striking.

Various rationales are advanced for the bombers’ sudden withdrawal, most based on then–US Secretary of Defense Jim Mattis’s 2018 National Defence Strategy. The rationales draw attention to this document’s direction that US force deployments must be “operationally unpredictable” to “challenge competitors by maneuvering them into unfavourable positions, frustrating their efforts, precluding their options while expanding our own, and forcing them to confront conflict under adverse conditions”. The dense military doctrinal language highlights that this guidance is really meant for the tactical and operational levels of war, not the strategic level. The guidance arguably is being misused.

The rationales given are excuses rather than reasons. When he was Defense Secretary (2017–2018), Mattis did not withdraw the bombers, even though he had ample time to do so. Indeed, the use now made of the phrase “operationally unpredictable” appears out of context. Using the full sentence “Be strategically predictable, but operationally unpredictable ” highlights that it refers to behaving differently at the strategic level and at the tactical and operational levels.

In the BAAD acronym, the first half of the bomber’s strategic mission was “assurance” – to reassure everyone about America’s commitment to the region. Suddenly withdrawing the bombers sends the opposite message. The unilateral ending of the CBP without replacement is telling US allies, partners, and friends that it is strategically unpredictable. They may now be left in the lurch at a moment’s notice.

This message is made worse by RAND’s and other US analysts’ arguments that America is withdrawing the bombers because Guam has become overly vulnerable to Chinese military power. This suggests China is now regionally superior and is forcing US combat forces out of the Western Pacific. The US, instead of investing in defending Guam, is going home. The problem is that allies, partners, and friends can’t just leave – their home is the Western Pacific.

The move is also unusual in terms of BAAD’s second strategic mission “deterrence”, convincing potential aggressors not to attack friendly regional nations on threat of swift retaliatory punishment. The official statement implies the bombers might come back for short periods to deter potential regional aggressors at some time in the future if needed. It is here where the impacts of ending CBP become really apparent.

The distance from the bombers’ Midwestern American airbases to Guam is about 11–13,000 kilometres, some 13–16 hours flying time and requiring support from KC-135 tanker aircraft en route. Under CBP there were bomber maintenance personnel in Guam to provide support, but now these will need to be flown in separately, adding time and complexity. Realistically, to return bombers to Guam and commence combat operations would take about a week. An aggressor would by then be in place and waiting for the bombers.

Such constraints highlight that in the future, USAF bombers exercising with regional air forces and patrolling trouble spots like the East or South China Sea will become rare. The costs of deploying to Guam to just get them into the region to start beginning one-off exercises and patrols will be prohibitive. Missions flown from the Midwest and recovering back there are more publicity stunts than operationally realistic. The recent 32-hour round-trip mission flown by two B-1s with KC-135 tanker support is an example. Under CBP, multiple exercises and patrols were carried out each time a new bomber detachment was in situ, thus maximising the operational training value while minimising deployment costs.

For bombers, Guam is a most useful central location. For example, bombers from Guam used to exercise regularly with Australia, flying into and out of Darwin only 3300 km away (about 4-5 hours flying time) and as such not requiring tanker support. Singapore (4700km from Guam) and Japan (3300km) are similarly easily accessible. The South China Sea is less than 4000km. However, if you have to first fly from the Midwest to Guam, this makes regional training and patrol missions impractical and unreasonable.

Perhaps the worst aspect of ending CBP is the remarkably poor timing of the announcement. In the midst of the Covid-19 pandemic, China is increasingly flexing its geopolitical muscle in the Western Pacific, into the South China Sea, and now rather worryingly around Taiwan. The symbolism of the Chinese sending their brand-new aircraft carrier to exercise in the South China Sea while the US simultaneously returns its only long-range bombers in the Pacific to America is striking.

The public withdrawal of the bombers seems to have been regrettably timed to reinforce regional perceptions of a rising China and a withdrawing America. The US now appears not to be competing with China, but rather declining to race.

The end of CBP will be well received in Beijing, Moscow, and Pyongyang. In contrast, the CBP’s demise sends a clear strategic message to US Pacific allies. Bit by bit, little by little, America is leaving.