And Australia should make clear to the Biden administration any such commitment is not in the interests of allies. 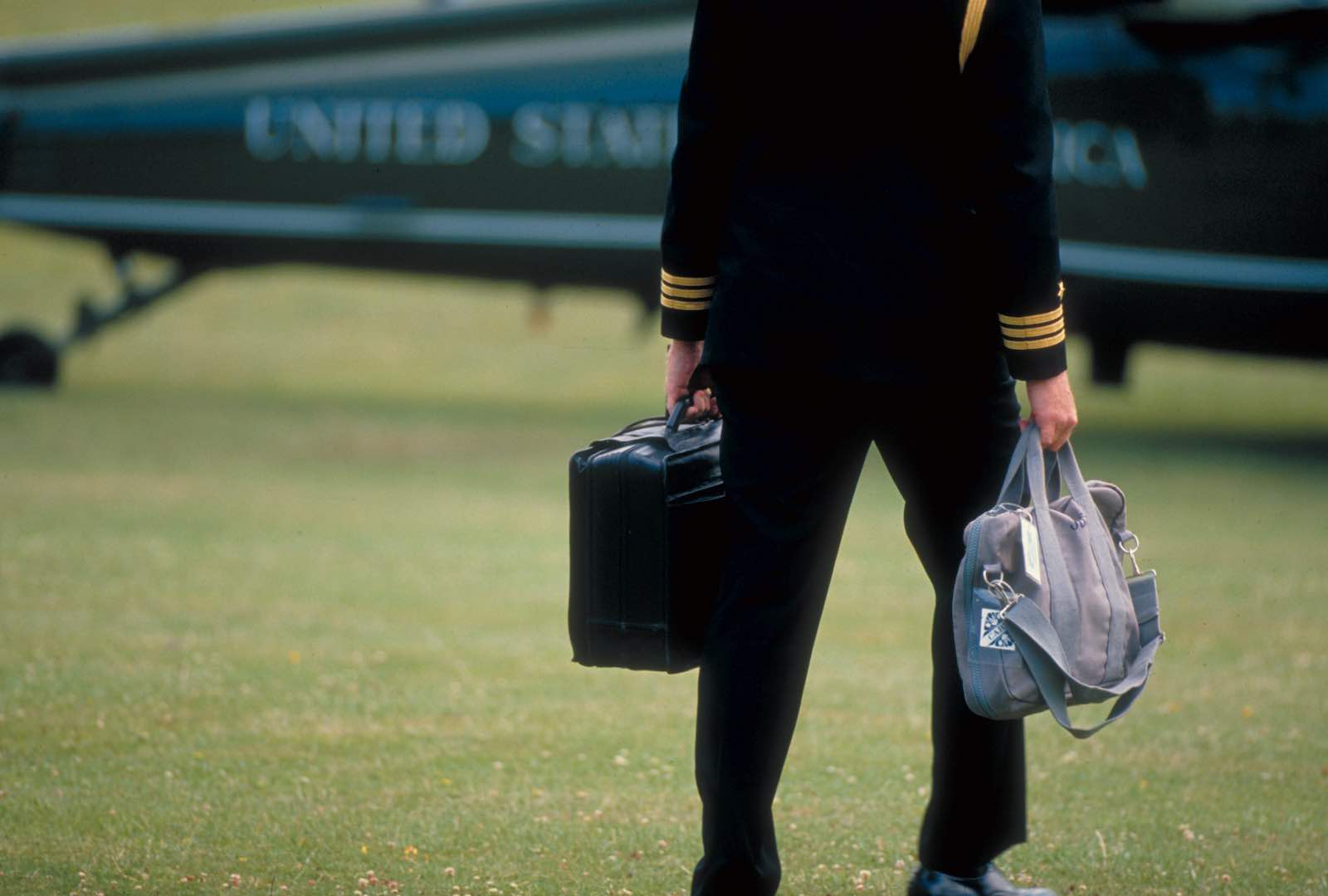 The Football, the briefcase containing nuclear missile launch codes that travels with the US President (Diana Walker/Life via Getty Images)
Published 21 Jan 2021 06:00   3 Comments

Given the widespread relief accompanying Joe Biden’s transition to the White House, it seems churlish to start picking apart his policy agenda. Yet, there are grounds for concern about how the incoming administration will reshape US nuclear weapons policy over the next four years.

As a presidential candidate, Biden signalled that, if elected, he would roll back the Trump administration’s introduction of lower-yield nuclear warheads on the US Navy’s submarines, and embrace a nuclear “No-First-Use” commitment.

The liberal wing of the Democratic party, led by Senator Elizabeth Warren, have been strong advocates of No-First-Use, and in 2019 spearheaded a bill in Congress that endorsed the US formally adopting this commitment. While an intense nuclear policy debate within the US is a certainty, Biden’s need to shore up the left wing of his party raises the danger that he will set No-First-Use as a requirement, as distinct from a possible outcome, of his administration’s Nuclear Posture Review.

No Australian government should be comfortable with a generic US No-First-Use commitment.

Why should this be a concern for US allies? Surely anything that lessens the salience of nuclear weapons is positive for international security? Proponents of No-First-Use make two principal claims: that it would lower the threat of nuclear war by encouraging other nuclear-armed states to follow suit; and that it would enhance the prospects for non-proliferation and ultimately disarmament by devaluing the currency of nuclear weapons.

Neither of these claims stands up to scrutiny. There is no historical evidence that US restraint has been reciprocated by other nuclear powers. The handful of low-yield warheads now on US submarines exist because Russia is already using its large arsenal of theatre nuclear weapons to pressure the NATO alliance, not the other way around.  China and North Korea would dismiss any US initiative as insincere, mindful of their own dubious No-First-Use declarations. And France and Britain specifically reserve the right to use nuclear weapons first even if their respective homelands or forces are not subjected to nuclear attack.

On the proliferation issue, with the exception of India, every new nuclear power since the 1970s has been motivated by the desire to acquire a nuclear “equaliser” against adversaries with superior conventional capabilities. Indeed, this logic is central to grasping the motives of North Korea, the single most vexing proliferation case the world currently confronts. The bottom line is that US nuclear policy will continue to have zero impact on the actions of nuclear wannabees.

But the most disconcerting aspect of a US No-First-Use commitment is that it would raise serious questions about the credibility of US alliances. America’s allies want to lower the risks of nuclear war, but they do not want this to occur at the expense of their own security. If the Biden Administration adopts No-First-Use, it is effectively stating that US security guarantees will not include the US’s most powerful weapons, unless allies are first attacked with nuclear weapons. This is cold comfort for countries like Japan, Taiwan, and Australia all of which would have to contend with superior PLA conventional forces in the event of hostilities with China. While this does not mean that US alliances would become redundant, with the adoption of No-First-Use they would cease to provide the existential guarantee that allies have come to expect.  When doubts have arisen about US commitments in the past, Taiwan, Japan, South Korea, and even Australia have toyed with their own nuclear weapons programs. There is no reason to assume they will not do so again.

It is clearly in the interests of the US and its close allies to keep Beijing, Moscow, and Pyongyang guessing about the precise threshold at which the US would consider using nuclear weapons. Calculated ambiguity is smart policy, because the more certainty adversaries have about the threshold at which certain levels of force are used, the more confident they will feel about retaining the initiative below that threshold. Does anyone seriously believe that Beijing will be any more restrained during a crisis if it is assured the US won't resort to nuclear weapons unless China carries out a nuclear strike first?

Australia has an obvious stake in all of this. Although Australian governments since the early 1990s have affirmed that we would only look to the US employing nuclear weapons in our defence if we were threatened by nuclear weapons, no Australian government should be comfortable with a generic US No-First-Use commitment. Indeed, Australia’s hopes for the new administration rest, in large part, on an end to unilateral decisions in Washington that affect allies’ security.

The good news is that past US nuclear policy debates have shown that America’s allies have meaningful influence on US policy. Resistance from Asian and European allies was crucial in stymying the last major push for No-First-Use in 2016. It’s time that Australia started to discreetly build a coalition among like-minded US allies and opponents of No-First-Use in Washington, to ensure that this next push doesn’t gain further traction and threaten another crisis of confidence in US alliances.

Show 3 Comments
Previous Article
Where in the world is Jack Ma?
Next Article
The Diego Garcia dispute hits cyberspace