The heroes of the independence movement still dominate the political scene, only the emotional ties are ageing. 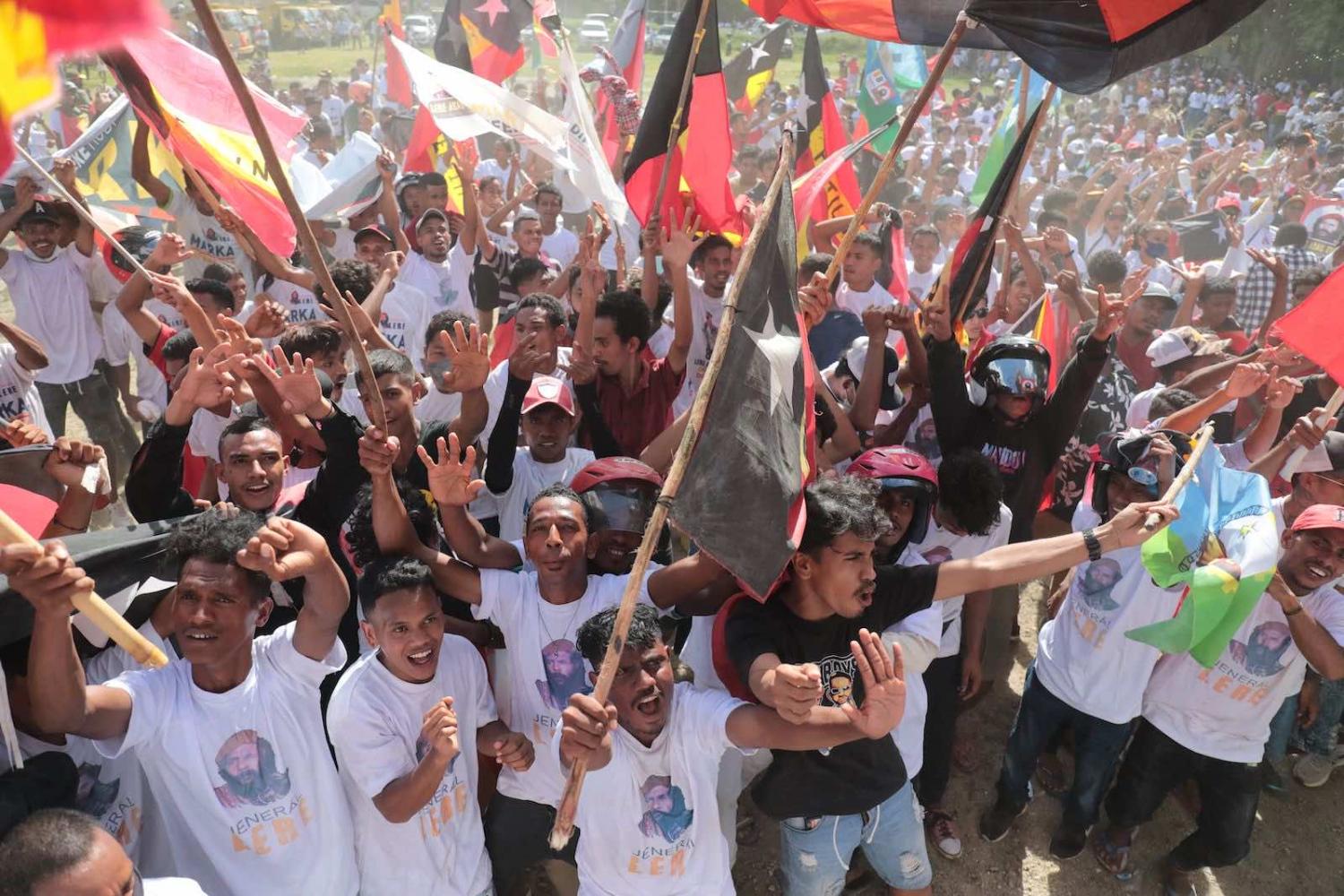 Timor-Leste will hold its fifth presidential election on 19 March with an unprecedented 16 candidates competing to become the next head of state.

Meanwhile, the independent candidates include the recently retired general Lere Anan Timur, the former ambassador to the United Nations Milena Pires, as well as the former top envoy to the United States Constancio Pinto.

This election marks a critical point in the history of Timor-Leste because the founding fathers, the so-called “Jerasaun 1975”, are in the twilight years of their leadership. The second-in-line generation, or “Jerasaun Kontinuador”, are ripe for leadership, while those of the millennial generation are slowly integrating themselves into the leadership roles. Meanwhile, many of those born during the early independence era can now cast their vote for the first time. Based on the 2015 Census, at least 100,000 first-time voters are expected to be eligible to participate in this coming election.

The presidency has so far always been filled by the heroes of independence, including Xanana Gusmão, Ramos Horta, Taur Matan Ruak and the incumbent Guterres. With Ramos Horta and Guterres backed by the two largest political parties, and Lere Anan Timur as an independent candidate, it is expected that the next president will still be a figure from that era.

Sooner or later, a generational change in leadership will take place simply because no one can defeat time.

However, this election also features a plea for change.

After 20 years of independence, Timor-Leste stands ready for a bright future, yet lacks a clear vision to end economic and social problems faced by the country, which include high rates of poverty and unemployment, particularly among the youth, despite spending billions of dollars in the last two decades. These persistent challenges in a small country with otherwise adequate financial resources may motivate younger voters to break with the past and vote for a fresh candidate.

Many first-time voters in this election will not be burdened with the emotional ties of the independence struggle and are more likely to determine their choice based on know-how rather than history. While the independence heroes carry undeniable profile and electability, many young people have now been exposed to experience of other countries. Education has become the main driving force for their development, so a candidate able to elaborate on how to make education the catalyst to integrate the country into the world economy will most likely gain their votes.

In the series of interviews, debates and political campaigns across the country, the main theme has revolved around the constitutionality of the decision by the current president Guterres to allow the government to continue after its 2020 proposed budget was rejected by the national parliament. Ramos Horta intensified focus on this issue after making a statement to dissolve the national parliament should he be elected in this coming vote. While all candidates have talked about upholding the rule of law, maintaining peace and stability, and fulfilling competencies defined in the constitution, not many have spoken about how the next president can contribute to the development of the country.

It is indisputable that the history of the independence struggle will play a vital role in this coming presidential election and the political landscape in Timor-Leste is still very much shaped by the founding fathers. However, the changes in demographic composition may provide a glimpse of the future. A presidential candidate able to place education and youth at the heart of the development of the country will definitely have a role in the political arena.

Sooner or later, a generational change in leadership will take place simply because no one can defeat time. While Timor-Leste waits, the young generations yearn for a leader who continues the work of the founding fathers and transforms the country to become a better one.

If only the US could also control its outbreak, the virus need not take over the agenda or make the vote treacherous.
Scott Robinson 18 Mar 2020 06:00

Looking to past examples of state collapse offers a predictive guide to why nations will fail in the future.
Dane Moores 16 Feb 2021 06:00

The US president has signalled a serious commitment to bolstering international development.