While the US is busy containing the coronavirus, Beijing stakes its claims in the South China Sea. 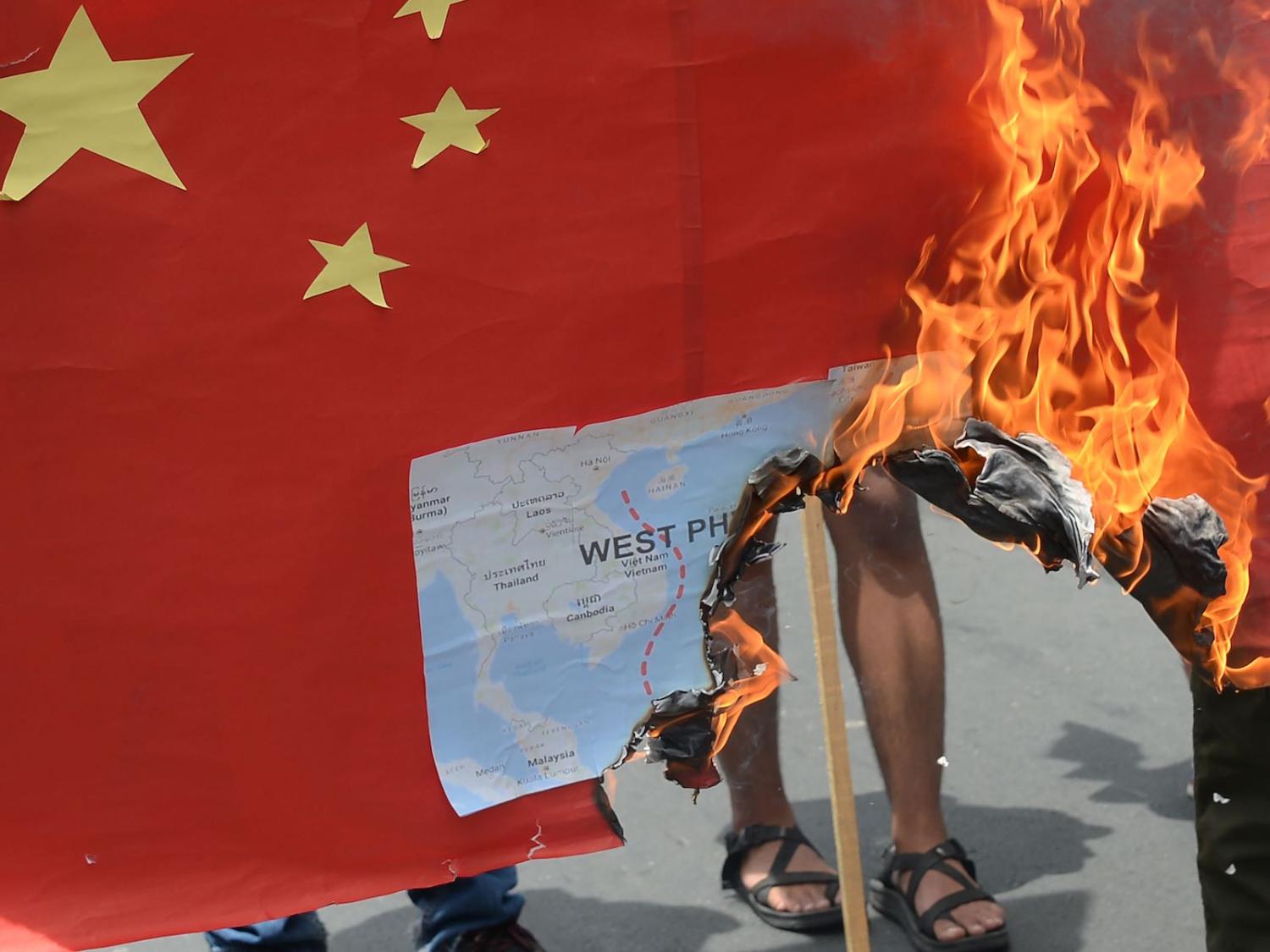 Around midnight on 2 April, a Vietnamese fishing vessel sank in the disputed waters in the South China Sea after allegedly being rammed by the Chinese coastguard. Vietnam’s Ministry of Foreign Affairs responded swiftly, stating that the act had violated its country’s sovereignty. A similar incident had occurred in March 2019 near the Chinese-controlled Paracel Islands. In the most recent case, Beijing rejected the allegation, claiming that it was the wooden fishing vessel that had rammed the steel-hulled ship, thereby sinking itself.

Beijing’s claim inevitably drew criticism. The US condemned the incident, calling it “the latest in a long string of PRC actions to assert unlawful maritime claims and disadvantage its Southeast Asian neighbors in the South China Sea”. Among the members of the Association of Southeast Asian Nations, the Philippines was the first to support Vietnam, calling China’s historical claims over the nine-dash line in the South China Sea “fictional”. It cited another incident in June 2019 when 22 Filipino fishermen had to be rescued after a Chinese vessel sank their boat at Reed Bank. This rare flash of solidarity between Vietnam and the Philippines illustrates just how seriously these provocations are being taken by Beijing’s friends in the region.

Some experts suspect that the recent sinking was in retaliation for the note verbale sent last month by Vietnam to the United Nations Commission on the Limits of the Continental Shelf (CLCS), which referenced a 2016 decision by a UN arbitration tribunal to invalidate the legal basis of Beijing’s claims in the South China Sea.

Vietnamese experts worry that this move is a pretext for more aggressive action, including the possibility of military intervention.

On 18 April, Beijing caused further animosity in the region by announcing the establishment of two new administrative districts that take in the Paracel and Spratly Islands. The new Xisha and Nansha districts fall under the control of Sansha City, which administers islands and reefs currently occupied by Vietnamese citizens and military. China’s Ministry of Natural Resources and Ministry of Civil Affairs released “official” names and coordinates for 80 of the islands, reefs, seamounts, shoals and ridges, many of which lie underwater at high tide. The last time China issued such a list was in 1983 when it named 287 geographical features across the disputed waters. With China again using its domestic institutions and legal frameworks to pursue its claims in the South China Sea, some Vietnamese experts worry that this move is a pretext for more aggressive action, including the possibility of military intervention.

Vietnam is not the only target of China’s recent offensive. On 16 April, Beijing sent the survey ship Haiyang Dizhi 8 to waters within Malaysia’s economic exclusion zone. The same vessel infamously engaged in a month-long standoff in Vietnamese waters in July 2019. This time, the boat was reportedly tagging an exploration vessel operated by Malaysia’s state oil company, Petronas. However, evidence suggests that the Chinese ship may have itself been exploring for oil. This month, the Royal Australian Navy frigate HMAS Parramatta joined three US warships in the area to carry out joint exercises, the manoeuvres coinciding with US calls for China to stop its “bullying behaviour” in the South China Sea.

The Global Times, an English-language mouthpiece of Beijing, had two weeks earlier claimed that Covid-19 had “significantly lowered the US Navy’s warship deployment capability in the Asia-Pacific region”. This sentiment reflects a common perception that the current pandemic is allowing Beijing the rare opportunity to flex its muscle, particularly while other major powers are busy at home. It is also no coincidence that along with renewed aggression in the South China Sea, Beijing is stirring the water in the Taiwan Strait, and intensifying its crackdown on the democracy movement in Hong Kong.

These recent moves are in line with Beijing’s policy of exploiting opportunities to advance its interests, perhaps including a post-pandemic expansionary strategy. However, the US is unlikely to allow any revision of the status quo, even while it is dealing with the worst of the Covid-19 fallout. In a response to recent developments in the South China Sea, the US State Department warned Beijing to “stop exploiting the distraction or vulnerability of other states to expand its unlawful claims”.

Arguably, the sinking of the Vietnamese fishing boat earlier this month may well prove to be counterproductive at a time when China wants to accelerate the establishment of the Code of Conduct (COC) in the South China Sea. Indeed, the Philippines stated the need for such incidents to be avoided and that differences should “be addressed in a manner that enhances dialogue and mutual trust”. Current events will only hamper efforts that Beijing has made in recent years regarding COC discussions.

Ultimately, China’s opportunism may serve to further isolate itself in the region. It may be that ASEAN countries, along with South Korea and Japan, come together and act collectively to prevent future threats from Beijing in the contested waters of the South China Sea.

Previous Article
Kim is dead? Hang on, many South Koreans don’t trust their own press
Next Article
The Taliban makes the most of Covid-19 crisis in Afghanistan

China has tried to bypass regional strategic and ideological divides by both preserving its ties with Iran and getting closer to Saudi Arabia, Egypt and Israel.
Oriana Skylar Mastro 16 Dec 2020 06:00

The US and its allies may have military dominance in the region, but it’s no guarantee of influence.
Alexandre Dayant 9 Apr 2018 14:00