Trump’s Iran decision: one reckless act must not be followed by others

Calm heads must prevail – no one will gain from a nuclear arms race in the Middle East. 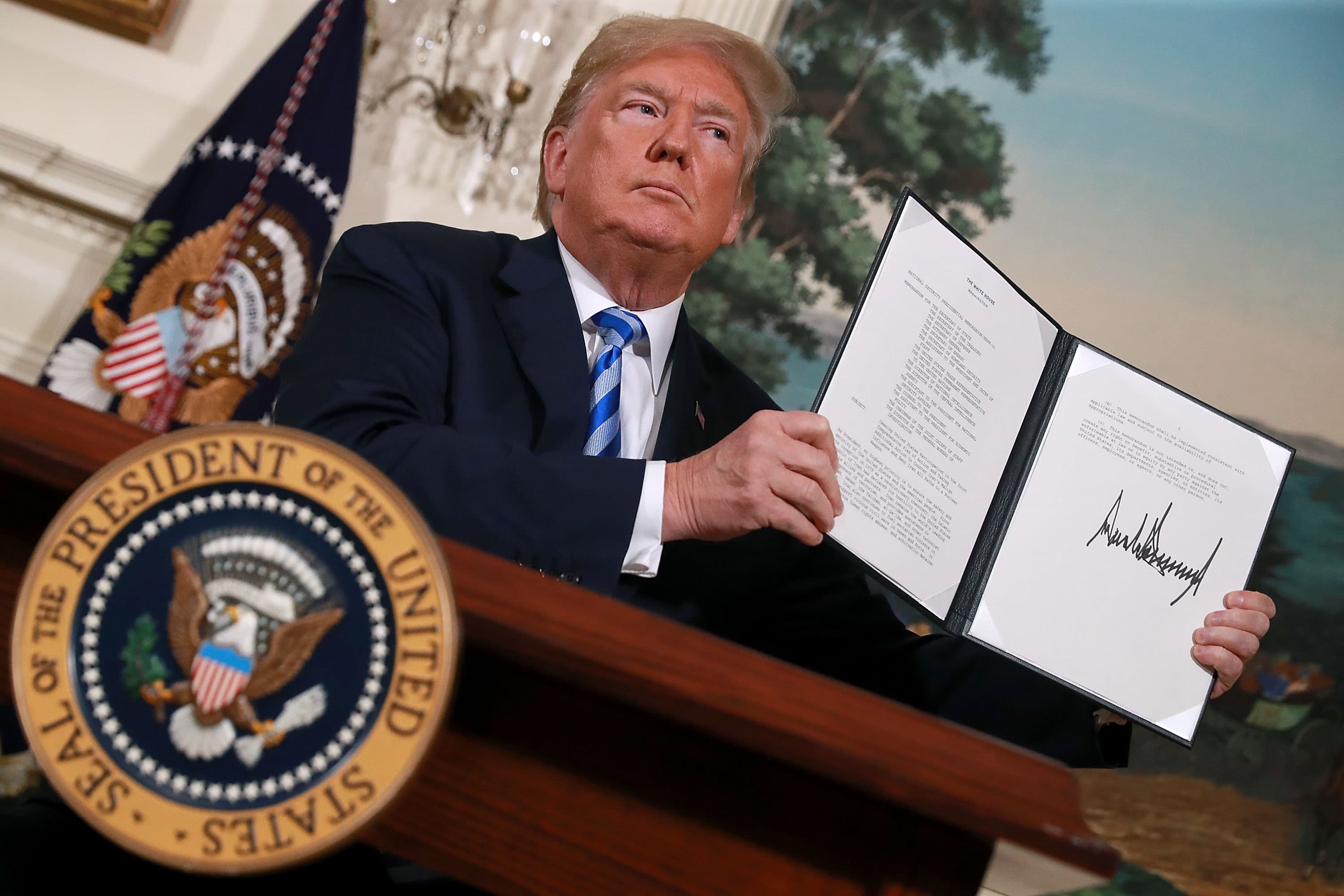 US President Donald Trump’s decision to walk away from the 2015 Iran nuclear deal – the Joint Comprehensive Plan of Action (JCPOA) – comes as no surprise, since he’s been threatening this for some time. To renege on a joint commitment not only with Iran but also with the EU, Russia, and China, endorsed by Security Council resolution, can only be described as reckless and irresponsible. It’s a decision driven more by Trump’s pathological dislike of Obama than any rational assessment of US, regional, and global interests.

As I pointed out on The Interpreter in 2016 (“Trump and the Iran Nuclear Deal”), the JCPOA is not perfect but it curbs Iran’s potential to produce nuclear weapons for at least 15 years; applies rigorous verification by the International Atomic Energy Agency (IAEA); and provides breathing space in which to seek a lasting solution to the nuclear issue.

Notwithstanding Israeli Prime Minister Benjamin Netanyahu’s recent presentation about Iran’s interest in developing nuclear weapons (largely a beat-up of information from the pre-2004 period), the IAEA confirms Iran is meeting its JCPOA commitments.

Trump has raised three broad objections to the JCPOA: that it does not cover (1) missile development; (2) Iran’s support for militant groups; and (3) Iran’s post-JCPOA nuclear program. These issues need to be addressed by engagement with Iran, not isolation.

The JCPOA was meant to be followed by a process of engagement with Iran leading to the normalisation of its relations with the US and other countries, and enabling negotiations on wider nuclear and security issues. Abandoning the JCPOA without anything to take its place does not address Trump’s three objections and loses the substantial benefits of the agreement. It plays into the hands of hardliners in Iran who have always argued the US cannot be trusted.

The other parties to the JCPOA, including Iran, have made clear their intention to preserve it without the US. Whether this is possible remains to be seen. It depends partly on how vigorously the US pursues sanctions against EU and other firms doing business with Iran, and partly on Iran’s actions.

There are calls within Iran to ramp-up uranium enrichment capability. Extreme elements are even calling for Iran to expel IAEA inspectors and withdraw from the Nuclear Non-Proliferation Treaty. Iran might pursue “nuclear latency”, building the capability for a nuclear weapon option, but this would provoke the Saudis and others to seek the same capability.

Calm heads must prevail – no one will gain from a nuclear arms race in the Middle East. But this issue cannot be addressed by isolating and confronting Iran. Concerns about nuclear developments in the Middle East can be addressed most effectively by working towards a nuclear weapons–free zone. Iran should be encouraged to think in these terms, and this requires the US and others to engage with Iran, Saudi Arabia, and other countries in the region.

A nuclear weapon-free zone is a major challenge but is the only approach that offers a long-term solution.

Right now the other JCPOA partners, including Iran, should aim to see out the Trump presidency, avoid provocations, and start a process of engagement to address the issues that have led to Trump’s decision.

Trump’s announcement has obvious implications for the upcoming summit with North Korea: Kim Jong-un has reason to conclude the US cannot be trusted to keep an agreement. The deeper lesson is that any agreement, to be enduring, must address all the key issues. While it was pragmatic for the JCPOA to focus on one important issue, it would have helped if it had at least outlined some principles and a process for the future, such as a commitment by Iran to limit enrichment capacity to demonstrated nuclear fuel needs, and a commitment to engagement on other issues of concern.