Given America’s cherished belief in free enterprise, Washington should be delighted its rival is handicapping itself. 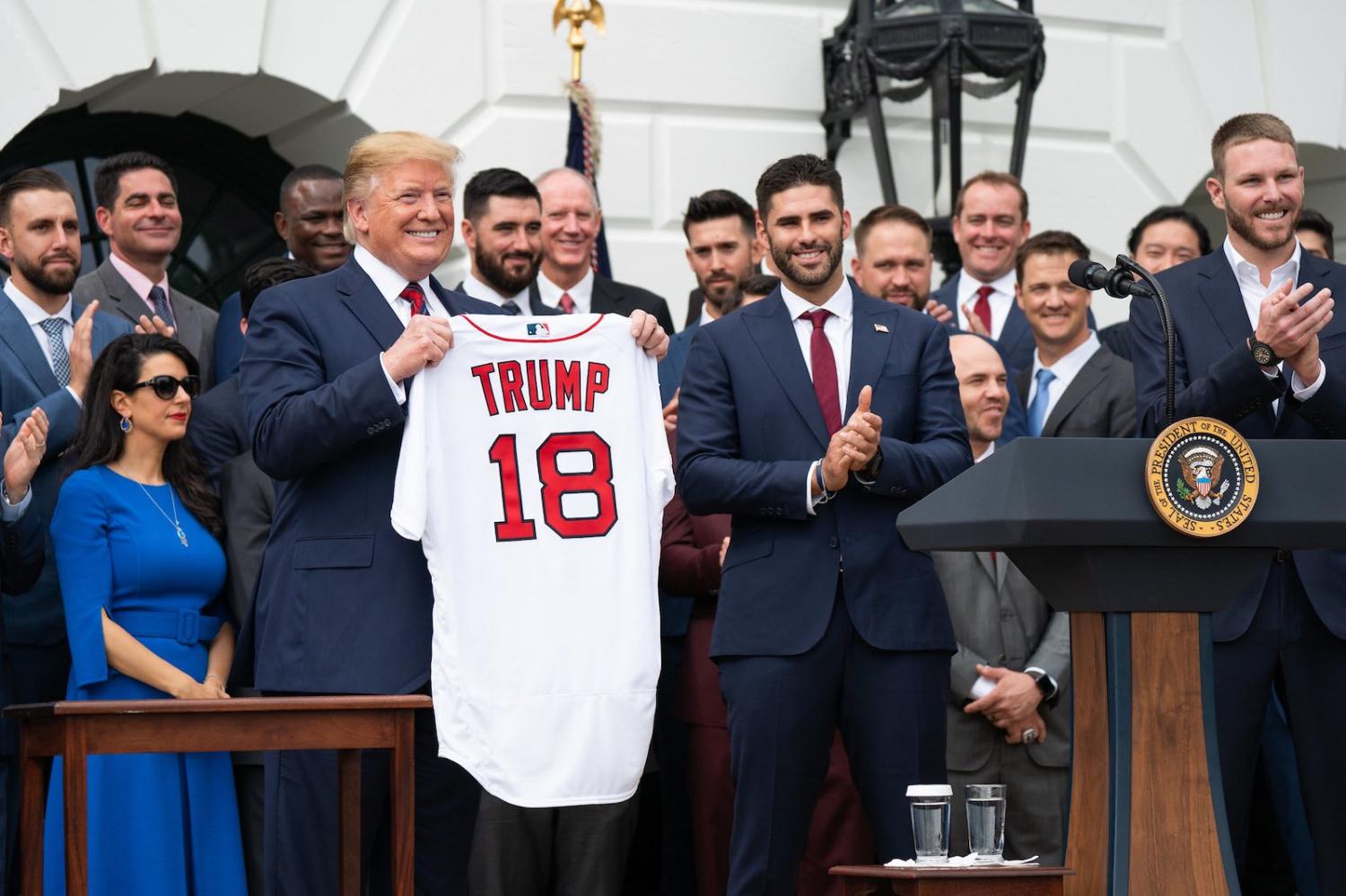 Donald Trump is searching for a win (Photo: White House/Flickr)
Published 13 May 2019

As predictable as Big Ben striking the hour, as subtle as a battering ram, the final stages of the US-China trade negotiations involve upping the ante with a further tariff increase, as seen last week.

Tariffs are the negotiating instrument, not the objective. For financial journalists needing an attention-grabbing headline, US President Donald Trump’s tariff threats are a gift that keeps on giving. But for most observers, tariffs are not the key issue. The new round of tariffs is, after all, only the same tariffs that Trump threatened to impose a year ago, with a barely perceptible GDP effect even on the two countries most affected. In any case the increase will not be imposed on goods currently in transit, so it will be a couple of weeks before there is much actual impact.

Foreigner investors who can’t come to a mutually satisfactory agreement with China about protection of their IP should stay at home.

The real issue is whether this negotiating tactic will have any success in resolving America’s substantive and permanent objectives: a smaller bilateral trade deficit; fuller recognition of American intellectual property (IP); protection against China’s cyber snooping and stealing; better investment access (including the right to invest in China without relinquishing IP); protection against an over-competitive renminbi exchange rate; and fundamental changes in China’s state-capitalist system, with its ubiquitous subsidies and favouritism.

Some of these issues are relatively easy for China to accommodate. China can reduce its bilateral deficit by redirecting its imports away from other suppliers, to favour American exports. Tough luck for countries such as Australia, with its gas and beef exports.

Intellectual property shouldn’t present an insurmountable sticking point. In principle, innovation should be rewarded so as to encourage more of it. In practice IP has become a patent lawyers’ goldmine, where trivial and obvious ideas are monopolised (remember Amazon’s patent on “one-click” purchases, which expired only a couple of years ago?). China already accepts the broad idea of paying for IP: in 2017 China paid nearly $US30 billion for technology transfer. Doubtless part of the current deal will be higher royalties.

Cyber-theft is something else again. Attempting to steal each other’s official secrets has long been standard practice, more recently extended to commercial secrets. It is up to the owners (including governments) to protect their cyber property. Any deal is unlikely to have a clause requiring that “gentlemen don’t read each others’ mail”.

China should be able to sign up to some kind of not-too-binding undertaking to avoid an overly competitive exchange rate (it hasn’t sinned in this regard for the past decade), although it won’t leave itself open to the sort of damage which the Louvre and Plaza agreements did to Japan in the 1980s.

What about more foreign investment access? A presumption that foreigners have the right to invest in another country might have been part-and-parcel of the 19th century view of globalisation (as practised vigorously by the colonial powers in China), but the world has moved on. Most countries (including Australia) now require foreigners to make the case that their investments are a net benefit for the recipient.

Similarly, foreigner investors who can’t come to a mutually satisfactory agreement with China about protection of their IP should stay at home. China will continue the process of international integration which has been underway for decades because it understands that this is in its own interests, but it will choose its own pace: there is not much to be negotiated away here.

The most clearly non-negotiable item is the central role of state-capitalism. It is absurd to think that the Chinese might negotiate this away, or draw back from the idea that they will actively direct policy at becoming a major industrial power, with cutting-edge technology across the full spectrum of industries.

Not only is it futile to expect China to abandon (or even modify) its core economic model, but the argument undermines America’s own cherished beliefs in free enterprise. If subsidies, state-ownership, bureaucratic direction, financial favouritism, central planning, industry protection, manipulated exchange rates and regulation are grossly inefficient, America should be delighted that its rival is handicapping itself by adopting these policies. Wouldn’t it be enough to wait for the inevitable collapse of socialism, reassured by the example of the Soviet Union?

What should the rest of the world say and do while this histrionic drama runs its course?

For those countries directly damaged by tariffs (mainly China and Europe), the priority is for restrained retaliation designed to inflict maximum political harm to Trump’s constituency and minimum harm on its own economy, as has been successfully demonstrated so far.

For the rest, every opportunity should be taken to support the multilateral system. The damage to this and to the Pax Americana is far greater than the trivial impact of Trump’s tariffs. This means protesting loudly if China fixes its bilateral imbalance with America at our expense, or agrees to American demands to weaken the World Trade Organisation by shifting dispute-settlement to a bilateral basis.

The success of the 11-country version of the Trans-Pacific Partnership is a poke in the eye for Trump’s misguided bilateralism, so countries should do all they can to support it. Early ratification and active expansion of its membership would be a good place to start. What about seeing if China might be interested in joining?

European leaders probably recognise that US presidents are usually difficult on trade issues, and for all his efforts Trump has yet to prove himself more unsatisfactory than his predecessors.
Jackson Kwok 11 Nov 2016 14:28

In depicting American democracy as chaotic and dysfunctional, the state media has sought to bolster its narrative of domestic stability.
Greg Earl 2 Nov 2017 14:22