Ukraine: what are Putin’s options now?

Deluded by a belief he would win quickly and cleanly, Putin must now weigh the pros and cons for his next steps. 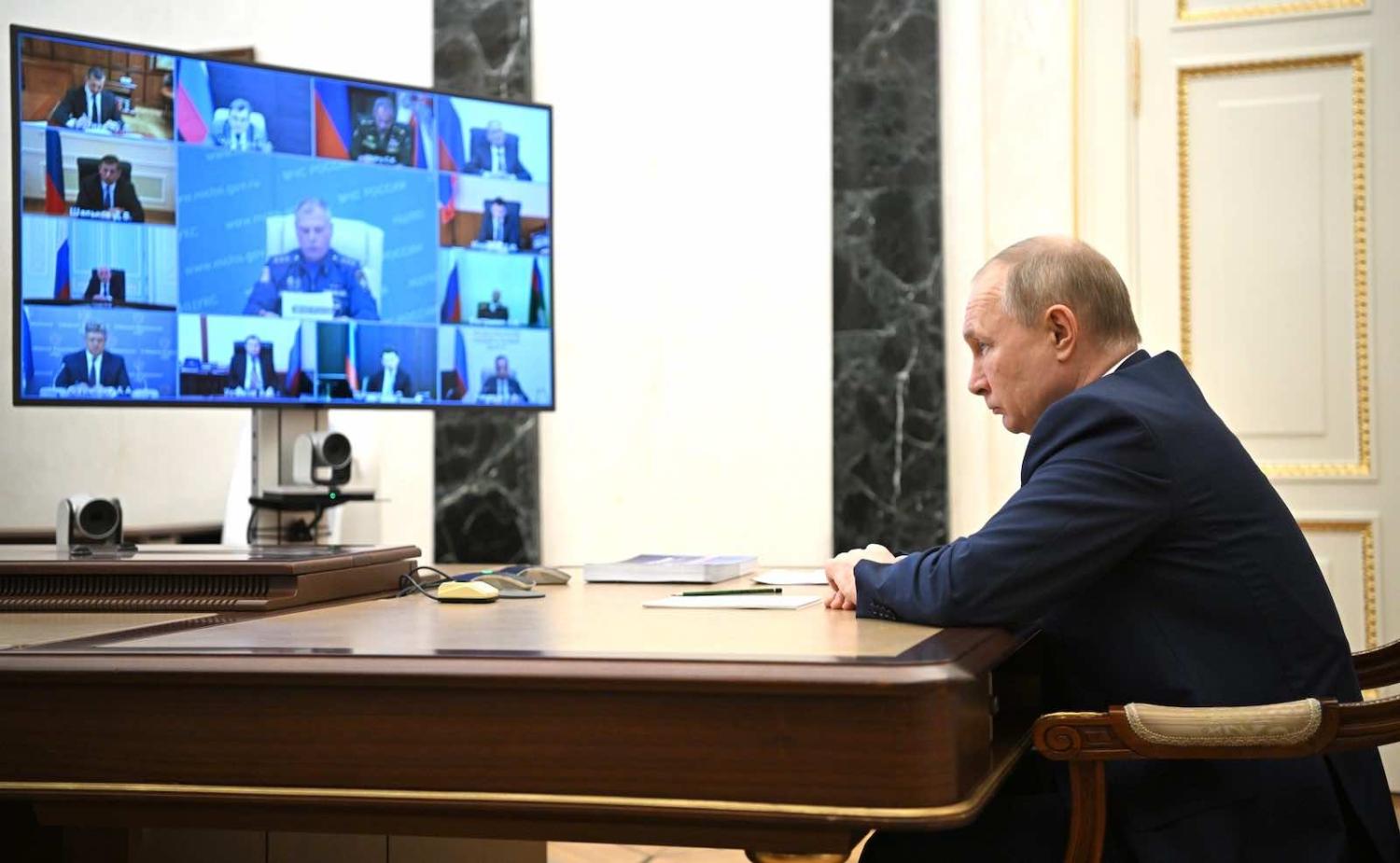 Putin had clearly not considered what he would do if things went wrong (Kremlin.ru)
Published 1 Mar 2022     Follow @matthew_sussex

Vladimir Putin’s second invasion of Ukraine has not gone to plan. He has overestimated the capability of his own armed forces, while underestimating the strength of Ukrainian resistance, and the unity of the Western response.

After failing to take Kyiv with a lightning raid that would have forced Ukraine to sue for peace, his army is getting bogged down. And while he retains the upper hand in terms of qualitative military superiority, he faces the prospect of a long insurgency against a Ukrainian population and military that have proven more than keen to fight.

An extensive sanctions regime threatens to rapidly empty his $620 billion sovereign wealth fund war chest, squeezes the ability of his inner circle – not to mention Putin himself – to access their vast fortunes, and degrades the Russian aerospace and resource extraction industries via export controls.

Will he choose the “least worst” outcome of de-escalation? Or roll the dice?

Rather than splintering NATO and the European Union Putin has given both organisations a new sense of focus that can comes with recognition of a clear existential danger rather than just an irritant to be managed. With Finland and Sweden actively considering joining Western alliance structures, Putin may even have inadvertently succeeded in bringing about further NATO enlargement. Deluded by a belief he would win quickly and cleanly against an enemy with no stomach for a fight, and with minimal consequences from a fragmented West, he has also clearly not considered what he would do if things went wrong. That’s one of the most basic errors of strategic planning.

So what are Putin’s options now? Here are some alternatives, with pros and cons listed for each one. Obviously there are others: readers might want to suggest some of their own.

Massively ramp up violence in Ukraine, reverting to the guiding principle of Russian offensive military doctrine: trap enemy forces; treat cities as hostages; and use indiscriminate bombardment to pulverise resistance.

Likelihood: Possible. Putin’s appetite for risk has always been high and he has no qualms about committing horrific abuses. But he will be acutely concerned about his political fortunes. That may make him pause, but probably only after he tests it out.

Look for a face-saving way out by suing for peace, and then declaring a great victory.

Likelihood: Unlikely in the short term but might ultimately be necessary. Depends on how “rational” Putin is (and that’s a subject you could fill books about).

Escalate not only against Ukraine, but NATO as well. Conduct a demonstration of power and resolve – such as detonating a nuclear weapon in the North Sea, or arranging a “provocation” against NATO forces. Ramp up the Ukraine invasion effort with massive violence.

Likelihood: Fairly low, but possible. See previous observation about Putin’s rationality. And while Kremlin clans may dislike Putin, they remain immensely fearful of him.

And some wildcards: Putin agrees to an impartial third party to mediate (but whom?). Zelensky is assassinated (but that may turn him into a martyr). Or Putin himself clumsily falls out of a window (the inner circle is probably not there yet).

The conundrum: in all these scenarios the outcome for Putin is bad. Will he choose the “least worst” outcome of de-escalation? Or roll the dice? Some closing advice: as has often been said of a crisis, anyone who isn’t confused really doesn’t understand the situation.

Previous Article
What if Trump wins again?
Next Article
Is India’s row over hijabs about optics – or opportunity?

Having rebuilt long neglected ties to the region, Modi looks set to capitalise on an “Indo-Pacific” connection.
David Hopkins 26 Nov 2020 13:00

An electoral failure might be a repudiation of the military’s influence in politics – but not its irrelevance.
Merriden Varrall 5 Jun 2017 17:24

What Chinese media thought of the Shangri-La Dialogue