What if Trump wins again?

It would be folly to ignore the threat to US democracy. Australia needs to prepare against the possibility. 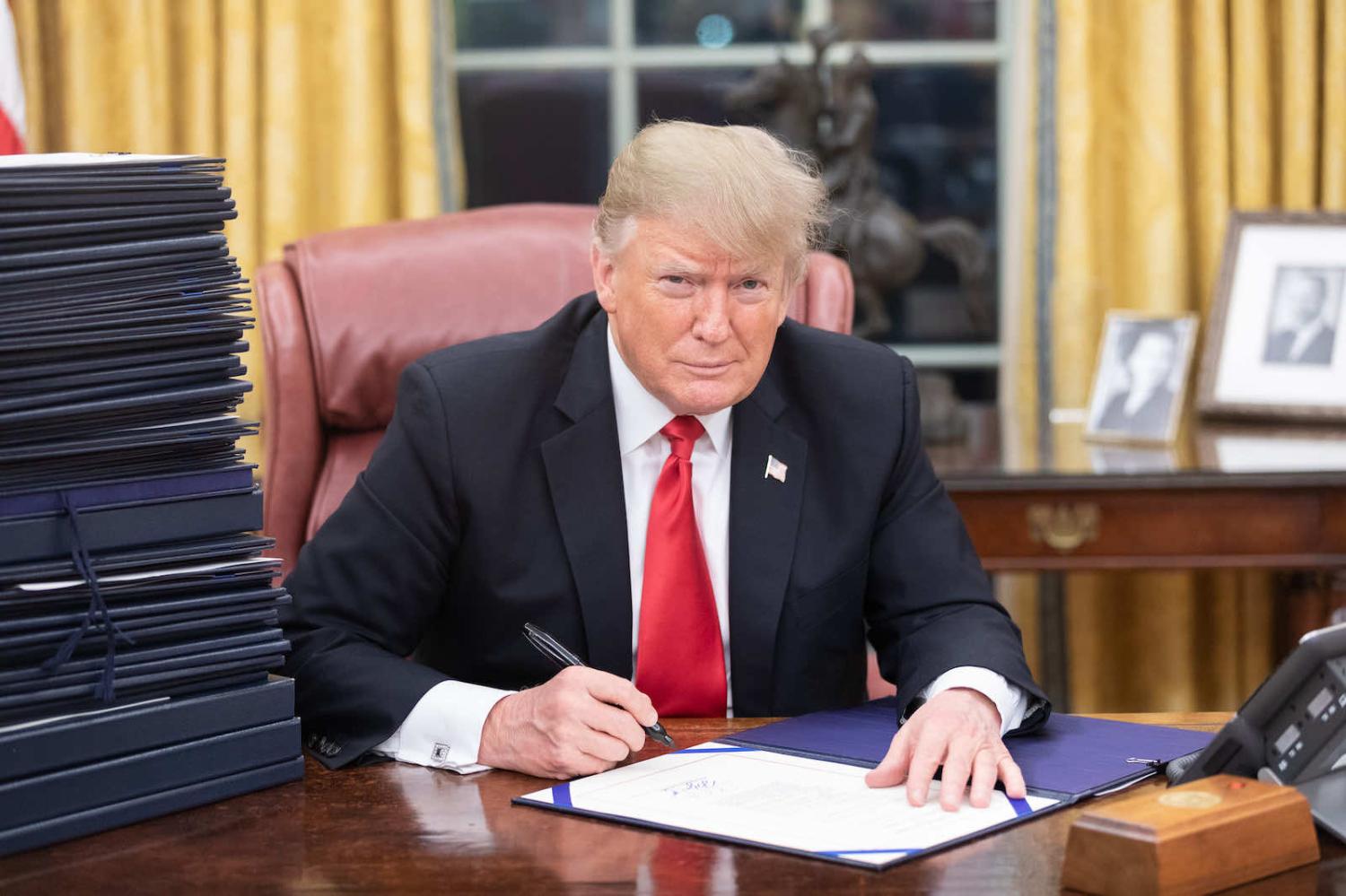 Vladimir Putin’s invasion of Ukraine has seen a return to the political alignments of the 20th century, with the United States as the leader of a grouping of democracies against a Russian dictatorship uneasily partnered with China.

But Donald Trump has offered a radically different response, expressing his admiration of Putin’s “genius”, a description he has also applied to himself.

Trump long mused about the appeal of establishing his own personal dictatorship. At one time his suggestions of an end to democracy were generally dismissed as trolling (remember “take him seriously, but not literally”) but no more. The failed insurrection of 6 January 2021 has convinced many that Trump will try again to become president, and with better chances of success.

Less discussed, but equally alarming is the possibility that a Trump-led Republican party will win legitimately (that is, under the existing Electoral College rules) in 2024, and then cement its hold on power by disenfranchising Democratic voters, suppressing hostile media and so on, as has happened in countries such as Hungary and Poland (both much admired on the US right, and by some in Australia).

While a Trump victory is by no means inevitable, it is now recognised as a serious possibility, both by those who fear it and by those who would welcome it.

But there has been much less discussion of how such a development would affect Australia. Foreign policy for Australia is entirely based on the idea of formal and informal alliances with a coalition of democratic countries, with special preference for the “Anglosphere”, represented by arrangements such as the “Five Eyes” intelligence sharing.

How would and should Australia react to an anti-democratic coup in the United States? At least initially, the dominant response will be to pretend that nothing has happened. The standard form of words that this is a matter for the American people to resolve themselves will be invoked. Explicit opposition to, or support for, the coup will be confined to relatively marginal groups on the left and right ends of the political spectrum: the Greens and remnants of the Labor left in opposition, and the right wing of the LNP aligning with the far-right in support.

Over time, however, the problems of an alliance with a post-democratic United States will become harder to ignore. Most obviously, the alliance will cease to be based on shared democratic values. This in turn means that Australia would not be able to count on US support if facing aggression from within the region.

More immediate problems are likely to arise with policies in relation to China. Under both Trump and Biden administrations, the Australian government has been keen to take a leading role in confronting the Xi Jinping regime, mostly with bipartisan support. First, there was prominent support for an inquiry into the origins of Covid-19, an issue which concerned Australia no more than any other country (and arguably, given our low death rate, less than most). Then there have been the “Quad” and AUKUS groupings. Finally, there has been regular, and justified, criticism of Chinese government suppression of human rights in Xinjiang, Hong Kong and elsewhere. But it’s hard to see that such a stance would make sense in a world where all the superpowers were dictatorships of one kind of another.

Even under the Biden administration, the inclusion of India’s Hindu-nationalist and dubiously democratic Bharatiya Janata Party government in the Quad has raised concerns. With Trump or a similar Republican in power in the United States, and Modi in India, the Quad would be an axis dominated by like-minded demagogues in Washington and New Delhi, leaving Australia and Japan as hangers-on.

Depending on developments in the United Kingdom and Europe, the future of AUKUS would be similarly uncertain. In all probability, Boris Johnson will be long gone by 2024, and his successors may not feel much obligation to preserve this aspect of his legacy. There may even be an attempt at rapprochement with the European Union, including France, which saw the AUKUS deal as a betrayal

In this context, tough-minded realism would suggest accepting that the global struggle for democracy has been lost for the moment, and that global geopolitics will consist of shifting alliances between dictators. This would suggest that Australia should return to its traditional policy of seeking a balance point where it can maintain economic relationships with the United States and China, while avoiding taking sides in any conflict between them.

The best thing for a small democracy like Australia in such circumstances is to seek security within its region building up ties with immediate neighbours, and most importantly, Indonesia, once seen as a potential threat and a country that could after a change of local political circumstances there be so considered again. As far as possible, Australia should leave the conflicts of the Northern Hemisphere to sort themselves out.

Living in what promise to be “interesting times”, Australia should seek to avoid the second part of the apocryphal Chinese curse “may you come to the attention of important people”.

All of this is hypothetical for the moment. The Biden administration has shown itself willing to stand up for democracy. Perhaps Biden or another Democrat will prevail in 2024, and the United States will turn aside from the road to disaster. But it would be folly to ignore the threat to US democracy, and Australia’s need to prepare for the possibility that it will become a reality.

The Australian government can point to the experience in Ireland to soothe the inevitable challenges.
John Carlson 11 Nov 2016 12:16

As Trump himself has conceded, it would be hard to change or walk away from on a deal that has been approved in a Security Council resolution.
Gordon Peake 8 Jul 2020 06:00

Making progress after the overwhelming independence ballot is as much a question of bureaucratic mechanics as politics.