Riches from minerals and agriculture resources are yet to transform the local economy. Wider reforms should be the goal. 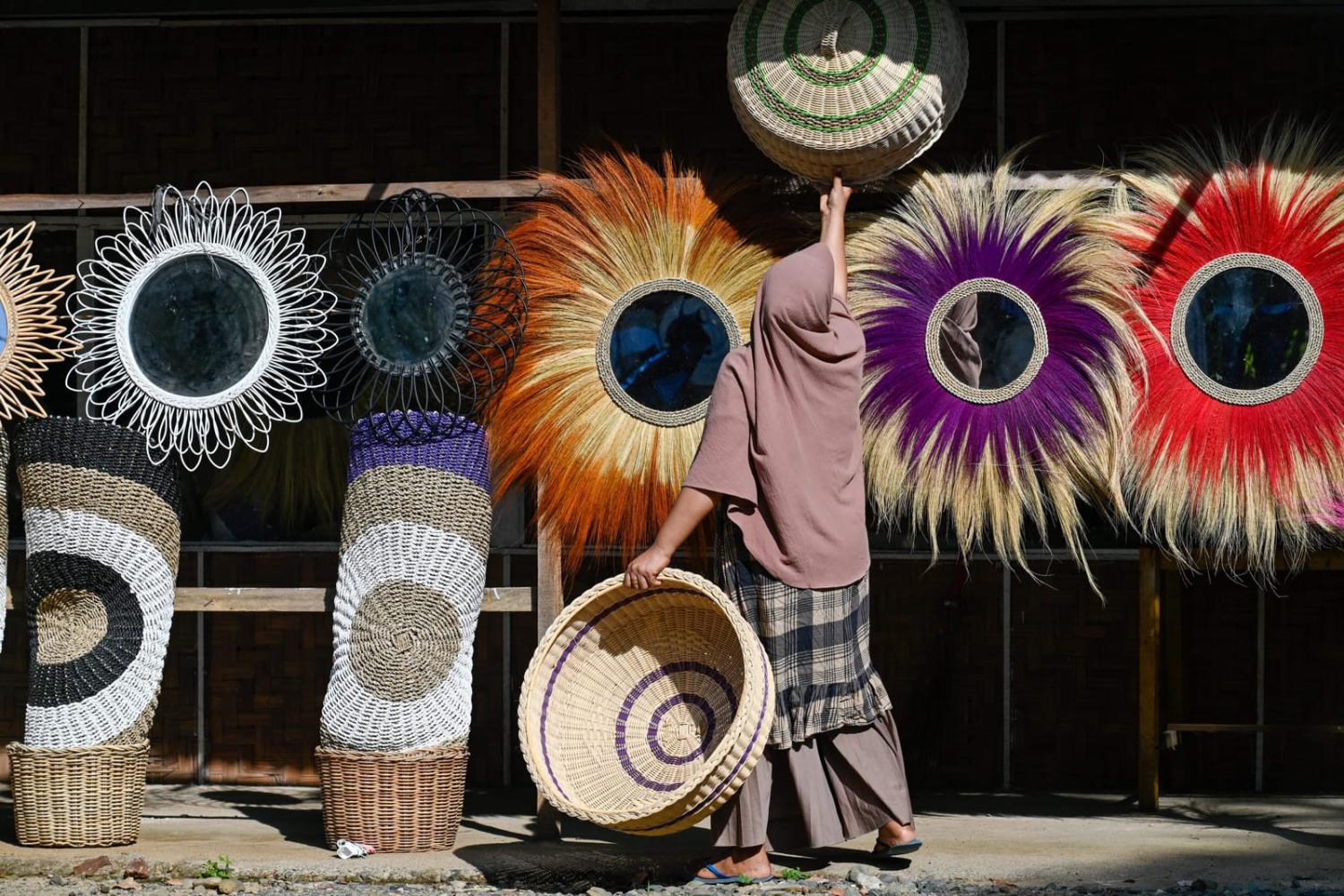 Indonesia’s dependence on commodity wealth has been a prominent feature in its economy. The archipelago’s abundance of minerals and agriculture resources coupled with poor local connectivity with roads and other transport options has instead made it easy to extract commodity resources and sell these on the global market. This approach, however, does have its drawbacks. Global economic malaise can easily cause commodity prices to fall, depressing economic output. The nation’s currency also depends heavily on commodity exports, reducing competitiveness of manufactured exports vital to progression in the global value chain.

In Kalimantan – Indonesia’s side of the island of Borneo – the impact of the economy’s reliance on commodities is obvious. The local economy is dependent on mining of coal and rare metals and palm oil plantations for exports, which leaves it exposed to the ebbs and flows of global commodity prices, resulting in highly volatile economic growth and unstable local tax revenues. This dependence on the commodity-related sector results in less incentive to develop other potential in other areas – most notably tourism and manufacturing. This results in a reliance on Java for most manufactured goods and specialised services. Locals in Kalimantan also depend on jobs in the commodity-related sectors, resulting in labour shortages in the more productive services and manufacturing sectors.

Indonesia’s reliance on commodities is also evident in the government’s annual budget (APBN), in which it recorded a huge increase in commodity-related income. The higher income is then mostly spent on fuel subsidies, boosting domestic consumption. While in the short run this will boost the domestic economy as well as President Joko Widodo’s popularity, it will cost Indonesia an opportunity to invest in long-term goals.

There have been very few examples of countries that manage to break from the existing pattern. Most notable are the East Asian economies, Japan, China and South Korea, which succeeded in transforming from agriculture-based economies to advanced industrial powerhouses. This success was due to a combination of factors: patronage from the United States as the global hegemon (in the case of China, with the assumption an embrace of free market systems would lead to political reform), effective and clean government, ease of doing business, and the transformation of the education system.

Meanwhile, Indonesia’s place in the global system has remained little changed in the past century: a country on the periphery with a developing economy that exports commodities and low-value manufacturing goods.

In a new “decoupled” global economy, Indonesia should look to attract investment from Western companies exiting China as well as from China itself.

Therefore, it made sense for Jokowi, as the President is widely known, to instruct his government to double down on “down streaming” efforts in a bid to increase returns by adding value to manufacturing processes. Indonesia has repeatedly prohibited the export of raw materials into global markets (most notably palm oil and mineral ores), raising concerns of global supply shortages and forcing companies to invest in expensive facilities or lengthy legal battles. There has been significant progress around low-grade nickel pig iron, used for the stainless steel industry, but not the high-value nickel for the booming electric vehicle industry.

These mostly state-led efforts have a sizeable impact on the local economy, yet may not work in the long run. For one thing, they can deprive locals of much-needed income, while higher global prices may lead to the emergence of substitutes or more advanced technology, making such efforts obsolete. State-led down streaming efforts also gloss over the main problem facing investment in high-potential sectors in Indonesia: trust issues in policymakers, including the risks associated with corruption and poor rankings on the ease of doing business. Anecdotal evidence of such attitudes can be seen in the high level of interest in private sector “industrial parks” in Java, while the government’s special economic zones lay bare. Another clear example of a “trust issue” is the mixed results of Indonesia’s tax amnesty, with many tax evaders abroad paying their penalties but choosing not to repatriate their now “clean” wealth back home.

The global economic order could change as US-China rivalry accelerates, with ramifications for Southeast Asia, especially given China’s upper hand via participation in regional trade pacts. China also has access to cheaper Russian oil. This could be an important opportunity, not only for Indonesia but other emerging economies that are stuck on the lower part of the global value chain.

In a new “decoupled” global economy, Indonesia should look to attract investment from Western companies exiting China as well as from China itself, learning from the success of the East Asian economies. The most important reforms are fundamental: improve the ease of doing business, increase policy consistency, and crack down on corruption, especially at the local level. Local governments should compete not only for jobs associated with minimum wages but also labour productivity, with investment in education and health. By doing this, emerging economies such as Indonesia could attract quality foreign direct investment and create economies of scale, increase productivity, and ascend into higher levels of economic prosperity.

Previous Article
A focused direction for the Quad
Next Article
Zelenskyy: when the “Lion of Kyiv” addressed the Lowy Institute

Beijing is weaving its story into hearts and minds in the region via influence campaigns that could impact democracy.