US election: A Democratic trifecta is within sight

Donald Trump’s mismanagement of crisis has swayed voters toward the Democrats. What if they pull off a sweep? 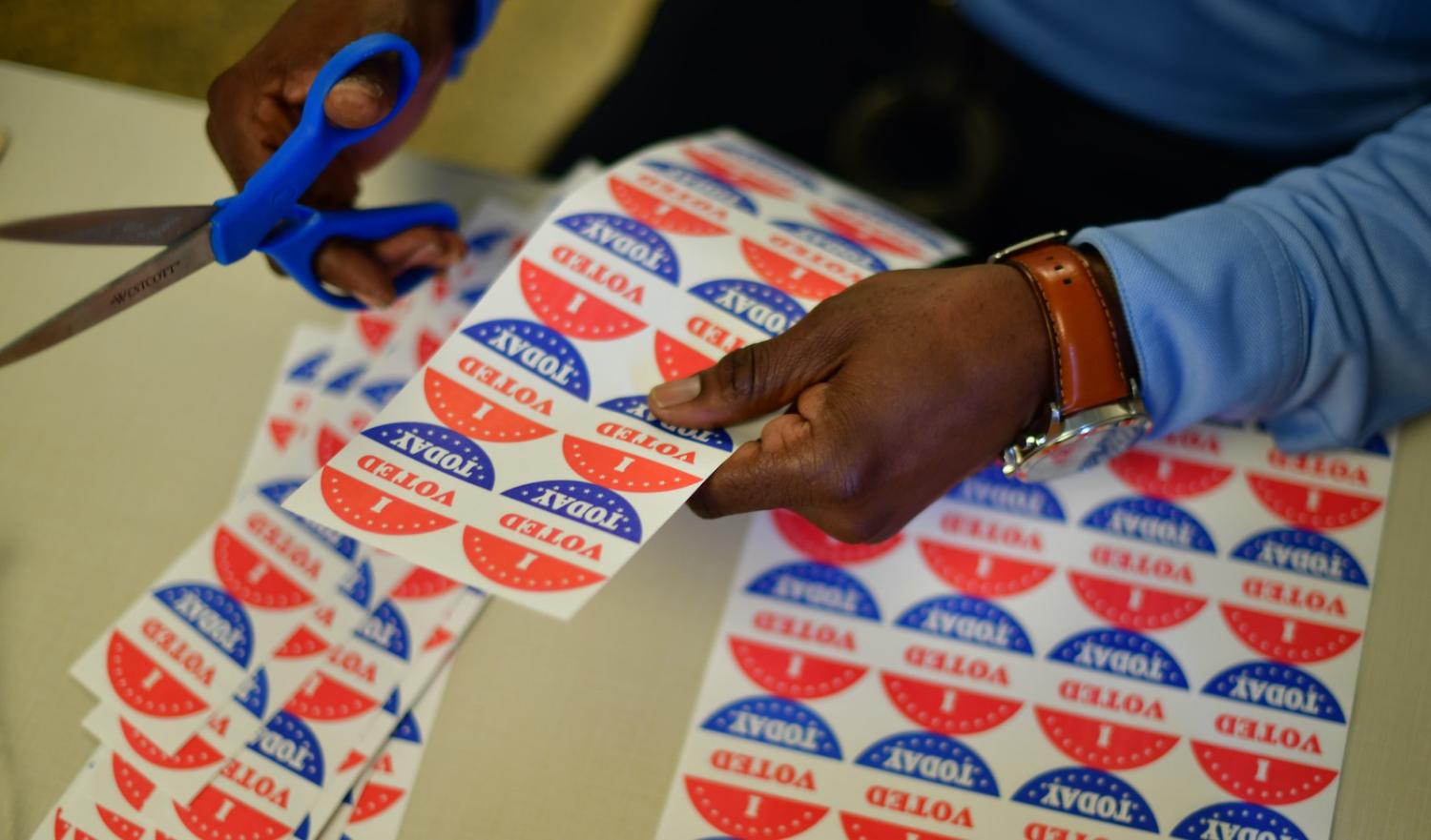 A volunteer cuts out stickers for voters at a polling station in Philadelphia, Pennsylvania, a key state in this year’s election (Mark Makela/Getty Images)
Published 29 Oct 2020     Follow @erinehurley

This is a stunning development, given that President Donald Trump’s re-election appeared likely at the beginning of 2020, and Democratic control of the Senate was considered a long shot.

But the ongoing fallout from the coronavirus pandemic shifted American voters’ attention and priorities in a way that did not favour Trump. And in the midst of a public health crisis, the Democratic Party nominated Joe Biden, a political moderate whose genuine decency and compassion are a good match for the emotions of the moment.

Winning the trifecta would mean that the Democrats have an opportunity to advance a legislative agenda. But this opportunity will be constrained by a number of factors, and there are benefits to moving slowly.

First, winning the trifecta in 2020 would not necessarily indicate widespread public support for progressive policies. When an incumbent president is running for re-election, voters are likely to view the election as a referendum on the president’s performance, rather than a choice between two candidates. And voters are unlikely to engage in split-ticket voting, choosing legislators from a different party than their choice for president: In 2016, 100% of the states that held Senate elections voted for the same party as they did for president.

Americans’ antipathy toward the current occupant of the White House is fierce: Trump’s average approval rating is the lowest of any president since Gallup started tracking these ratings in the 1950s. Up and down the ballot, voters are more likely to be motivated by their dislike of Trump than by their support for specific Democrats or specific Democratic policy proposals. (There are some possible policy exceptions, such as expanding healthcare options, which overlaps meaningfully with the pandemic and is likely to resonate with voters.)

Second, the coronavirus pandemic and associated economic calamities will require immediate and sustained attention from the federal government. Negotiations over a follow-up stimulus package to help struggling small businesses and families are currently stalled in Congress and may need to be re-energised by a new administration.

Americans are seeing record coronavirus case numbers in this final week of campaigning. The Biden team has a comprehensive plan to “beat Covid-19”, but implementation will take time. Biden warned in the final presidential debate that it’s going to be a dark winter.

Democrats feel under siege because they’ve been living in Trump’s America for four years, even though a majority of Americans increasingly support a more tolerant and inclusive society.

The moderate and progressive wings of the Democratic party are far apart on many issues, and the easiest way for progressive legislation to pass is for Democratic leadership to have the option of allowing a couple of the more moderate, vulnerable Democratic Senators to opt out or vote against the bill. This is unlikely to be an option in 2021.

Further, the Senate filibuster, a relic of America’s racist past, allows the minority party to obstruct legislation that fails to gain support from 60 Senators. 2021 may be the year the filibuster goes away, but Democratic leaders are likely to move cautiously and strategically on this proposal.

The senior Democratic figures who would lead the Congress – House Speaker Nancy Pelosi and Senate Minority Leader Chuck Schumer – have each spent more than three decades in national politics and are largely non-ideological figures. Pelosi and Schumer are good political operators who recognise the value of the progressive energy within the party but would govern from the centre because moderates secure their majorities.

Democrats are initially likely to prioritise legislation that strengthens democratic institutions, including a legislative package focused on addressing presidential overreach and voting rights legislation (H.R. 1 and H.R. 4) that has already passed the House. There is nothing inherently partisan about legislation focused on democratic repair, but it will be perceived as such because voter suppression has been a critical part of the Republican party’s efforts to win elections in recent years.

Americans are currently in a situation where rank-and-file members of both parties feel as if they are under siege. Democrats feel under siege because they’ve been living in Trump’s America for four years, even though a majority of Americans increasingly support a more tolerant and inclusive society. And since 2014, Senate Majority Leader Mitch McConnell has obstructed nearly all Senate activity that does not benefit his party.

Rank-and-file Republicans feel under siege because they know that the country is changing demographically and culturally.

The Republicans currently hold the White House and the Senate (and just secured a 6-3 majority of conservative judges on the Supreme Court), despite winning fewer votes nationwide than the Democrats. Yet rank-and-file Republicans feel under siege because they know that the country is changing demographically and culturally. And the rhetoric of the left – although notably not of Joe Biden – often relegates their work, their family, their way of life to the past.

Danielle Allen, a political theorist concerned with the future of democratic citizenship, highlights that Americans need a sense of common purpose in order to achieve effective governance. American democracy would be best served by the winners making space for the losers to be heard and to participate, so that sense of common purpose appears possible.

This is a difficult ask of those who may win the trifecta. But it should be softened somewhat by the fact that this is simply what democracy requires of citizens.

Australia is off to the polls on 18 May, with yet another change of PM in prospect over familiar political battlelines.
Emma Connors 9 Nov 2016 16:43

‘I don’t think of Donald as a Republican president, I think of him as a businessmen. None of those effing politicians have a clue'
Sean Dorney 11 Aug 2017 13:35

The most surprising thing about the 2017 Papua New Guinea Election was the number of sitting MPs who were defeated.