War represents a failure of diplomacy. It pays to read past page one.

I hope Ukraine’s ambassador enjoyed reading my book in the Security Council. Here’s the message I wanted to send. 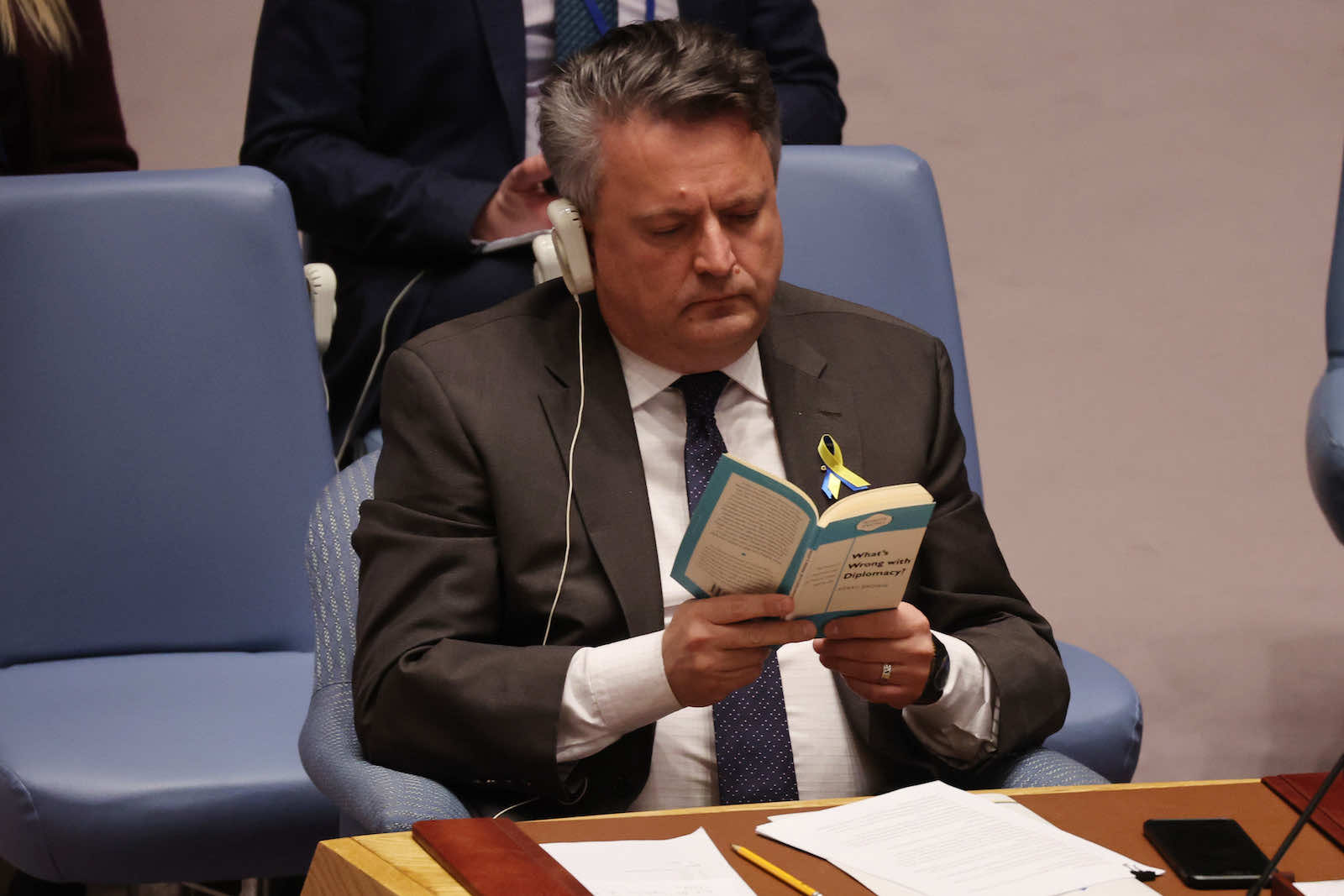 It was a surprise to see Ukraine’s ambassador to the United Nations Sergiy Kyslytsya attending a meeting of the Security Council on 29 March holding up a copy of a small book I published while living in Australia in 2015. What’s Wrong with Diplomacy? may well have had the right title on its cover to signal a key message to the Russian ambassador across the chamber as he was addressing the other members at the time. Even if it was being used just as a prop, I am glad the book had some utility. There are worse things that can happen to one’s work – like not being noticed at all. I am grateful for the publicity, however much, or little, of the book’s contents may have been perused at this particular reading.

In terms of content, though, the book itself is more about the need to change diplomacy, rather than get rid of it. Ironically, I made little criticism of the kind of high level, emergency meeting that the ambassador was involved in at the time. I recognised in my short book that there will always be space for that, as the current Russia-Ukraine crisis all too amply shows, along with the other talks taking place bilaterally in Turkey.

Even so, the quality of the high-end activities does depend on what happens downstream – and that depends on having the space, and the incentives, to think.

My main puzzle in the 2015 book was about how struck I was a decade and a half earlier working in the British embassy in Beijing about how little we seemed to see, and even less appreciate, of the dramatic changes happening in Chinese society around us immediately after entry to the World Trade Organisation despite it being right before our eyes. I argued that this was not because we weren’t perfectly capable of seeing the change – but because we didn’t want to.

From 2001 onwards, China entered a burst of growth unlike any experienced in modern history. In the following decade, China quadrupled the size of its wealth. The fact that this also brought with it a whole suite of new powers and sources of influence is something we live with today. Why did we still feel for much of this time that for real success, China had to necessarily change its political model and become more like us in the West? After all, a few decades earlier it had taken Marxism Leninism from the West, and totally reshaped and changed that. Why not do the same with capitalism and Western modernity? 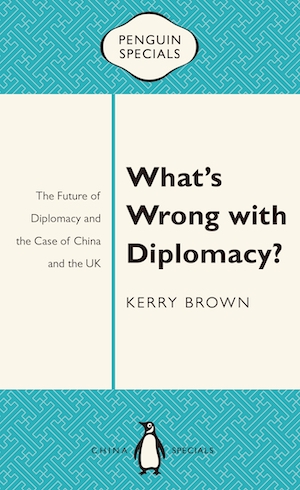 One reason we didn’t ask these questions was that I felt that, as institutions, foreign services were poor in engaging with new ideas – and didn’t do much in terms of actually trying to generate their own unique thinking. They were the ultimate defenders of the current paradigms and resisted the idea of any new ones emerging to make their lives harder. A lot of the work of colleagues back then was either in operating as a highly boutique travel agency for visiting politicians. Or effort was devoted to trying to shape our interpretations and analysis of local situations back to the market in home base where the preoccupations might be wholly different and where categorical spelling out of unwelcome truths was – well, unwelcome.

In the early 2000s, it was the “war against terror” which set the tone for everything else, along with some more virtuous sustainability material. My proposal in the book to remedy this was a simple one – that embassies and diplomatic posts needed to become more like think tanks. A kind of Lowy Institute or Chatham House, run by civil servants and based in foreign countries – something like that.

There is plenty that might be changed about how diplomacy is done, for sure.

Whether if back in the early 2000s our diplomats, had they been willing, and able, to think more radically about what was actually happening before our eyes in China – the appearance of a viable Chinese form of modernity, but radically different from the model promoted by the West – would have prepared us better for the kinds of gargantuan cognitive dissonance and cultural chasms that now exist between Europe and the United States and China is impossible to say. But it might have at least placed a few reservations and caveats that would have protected us from the daily diet of shock and panic about China’s ever looming presence, and its seeming success under one party rule, that saturate so much media and politics today.

I hope the Ukrainian ambassador enjoyed whatever he managed to read of my book. I hope even more that he and his colleagues are successful in negotiating an end to the current terrible war against their country by their neighbour. There is plenty that might be changed about how diplomacy is done, for sure. But that it needs to be done is not up for question – as the current tragic situation makes all too clear – and the more thought goes into that, the better.