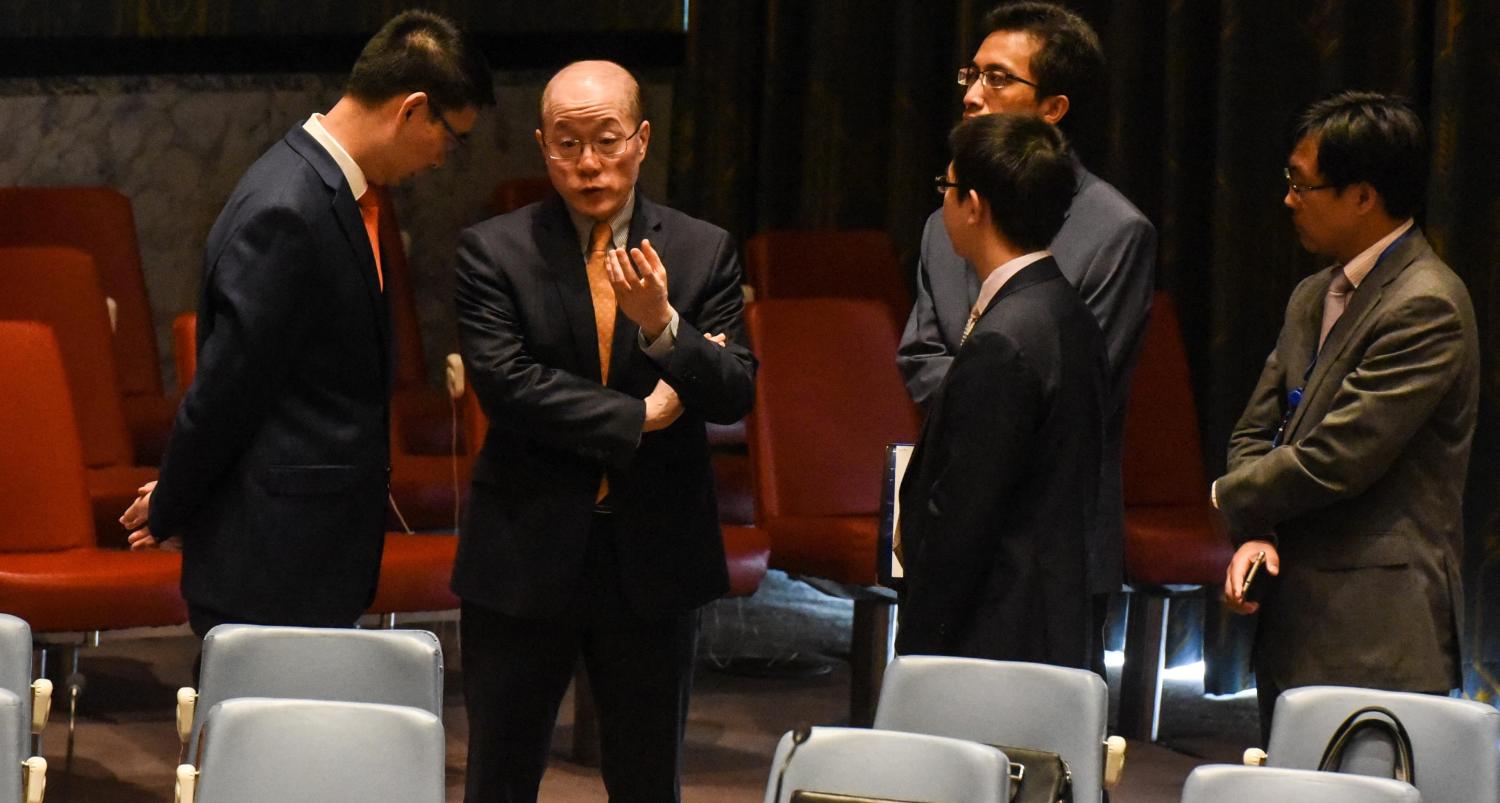 North Korea's belief that it is still in a state of war is generally not understood. The 1953 armistice did not end the Korean war – it only suspended it. In looking for a circuit breaker to the current crisis (ie, identifying what North Korea could gain that would induce it to change its behaviour), an obvious direction to explore is replacing the armistice with a peace treaty.

The key question is whether Kim Jong-un is developing nuclear weapons and missiles for deterrence, primarily against the US, or for aggression. North Korea's intentions can only be tested by initiating talks. If the motivation is deterrence, this provides a basis for a negotiated solution.

Now, after the abject policy failure of successive US administrations, President Trump is faced with a binary choice: accept mutual nuclear vulnerability with North Korea or embark on a major war on the Korean peninsula. There is no third option.

But while the test may have sent Western anxiety into overdrive, life south of the DMZ continued basically as normal. Robert E Kelly:

In a follow-up post, Rovere criticised Kelly's argument that 'no Korea analyst of any stature has argued for war':

Last Monday, the final edition (at least for now) of The Cambodia Daily went to print, as government officials pursue a dubious $6.3 million tax bill. Opposition Leader Kem Sokha was also detained by police after his arrest on Sunday, having allegedly committed treason by plotting with foreign powers to overthrow Hun Sen's government.

With Myanmar's Rohingya, North Korean belligerence and Islamic State all on the global radar, it must be tempting for the international community to downgrade the significance of events in Cambodia. They shouldn't, argued Elliot Brennan:

In Myanmar, the military is turning back to the 'four cuts' doctrine in responding to attacks by Rohingya, wrote Andray Abrahamian:

Last Friday, the Permanent Court of Arbitration announced that Timor-Leste and Australia had reached an agreement over their maritime boundary dispute. While the announcement was light on details, a breakthrough is a good sign, wrote Bec Strating:

It's clear Timor-Leste has compromised on its eastern lateral boundary claims. What this means for the division of resources and the development plans of Timor-Leste remains unknown. A significant question mark hangs over the future of Timor-Leste's planned pipeline to the south coast and its mega-development project, Tasi Mane. More information should come to light in October following the finalisation of the agreement and consultation with various stakeholders.

The Australian economy, for so long seen as exceptional to the world's other advanced economies, may now be coming back to reality. John Edwards:

A good deal of what we now take to be the consequence of the end of the mining boom seems to be more closely related to the global impact of the 2008 financial crisis. It did not savage the Australian financial system as it did those of the US, Europe and the UK, but the impact of confidence and expectations has been deep and long lasting.

In his economic diplomacy brief, Greg Earl covered a conference run by The Economist that posed the question, 'Asia had a burning appetite for Australia’s ores but will it have the same appetite for its ideas?':

And with this month marking ten years since the depositors' run on Northern Rock (which ultimately sank), are we safe from another global financial crisis? Perhaps – but that doesn't mean we're safe full stop, argued Stephen Grenville:

Memories of the post-crisis trauma are a powerful antidote against a repeat, strengthening the hand of prudential supervisors and restraining the risk-takers...Memory, however, offers limited protection against new crises with different characteristics (perhaps beginning with China's over-extended financial sector or Japan's huge government debt). It won't be like 2007-08, but the tirelessly ingenious financial sector will find new ways of getting into trouble.

In Syria, the breaking of Islamic State's siege of Dier az-Zour is the latest sign that the Syrian regime has momentum on its side. Rodger Shanahan on what that means for the country's future:

There's still a long way to go in getting a resolution to the Syrian morass, but the government certainly has momentum. And right now that counts for a lot.

Next month, the Australian government plans on shutting down the Manus Island Regional Processing Centre. The ultimate failure of an offshore processing regime was clear from the 1970s, wrote Claire Higgins:

In 1978, when responding to Vietnamese boat arrivals, the then-Department of Immigration and Ethnic Affairs Secretary Lou Engledow concluded that a detention facility would create 'a political problem', and 'will not stop boat arrival nor will it produce in itself a final answer'.

Finally, ahead of the Lowy Institute Media Award's presentation later this month in Sydney, Board Director Mark Ryan wrote on the what the Lowy Institute hopes to encourage with the award (and its rather considerable prize money):

I'm proud that the Lowy Institute makes this Award possible. In its modest way it seeks to nurture the same spirit Moorehead inspired in many young Australians of his time, people like Robert Hughes, Germaine Greer and Clive James.

As Thornton McCamish notes in his Alan Moorehead biography: 'Perhaps his most enduring legacy lies in those driven by his example to go out into the world in search of astonishing stories.'

If things break bad for Trump, you can expect at least two consequences for US policy toward the Asia-Pacific.
David Brewster 9 Nov 2022 05:00

Rakhine state has become a de facto battleground for the competing interests of Beijing, Delhi and Dhaka.
Jonathan Pryke 11 Apr 2018 14:45