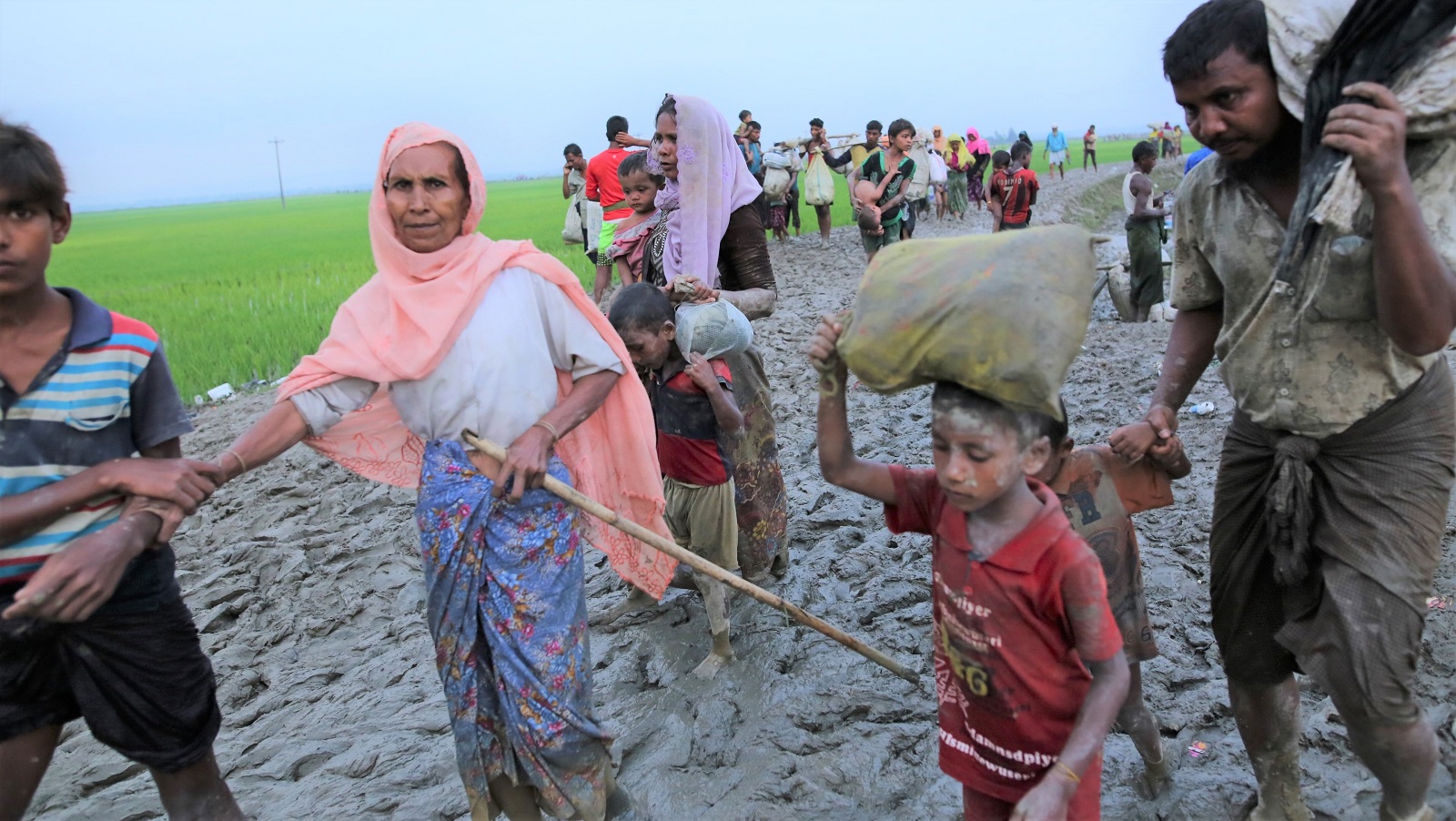 In the past week, some 40,000 people from Myanmar's Rakhine State have fled to Bangladesh amid reports of indiscriminate killing and property damage by the Myanmar military. The violence comes in the wake of attacks by Muslim Rohingya on at least 20 police stations and an army base. These attacks were a step-up from raids in October last year that saw a handful of Rohingya insurgents kill nine police officers at border posts.

The origin of organised attacks by Rohingya is often slated to a wave of inter-ethnic violence in 2012. In fact, it dates back decades, with unrest going back all the way to World War II. The Tatmadaw (Myanmar’s military) appears to be responding to the latest attacks by applying the 'four cuts' doctrine, an insurgent-fighting strategy that also goes back decades. This is an ominous development for the Rohingya people of Rakhine State.

The Rohingya are an oppressed minority. Denied citizenship, the Muslim group of over a million find themselves unwanted, discriminated against, and mired in poverty. Myanmar is unwilling to include the Rohingya in its as-yet-unfinished state-building project. Rohingya demands have ranged from full citizenship to autonomy.

The last major Muslim insurgency in Burma/Myanmar kicked off in 1948. Rakhine (then called Arakan) had a majority Buddhist population that had generally cooperated with the Japanese occupiers during World War II. The Muslims were closer to the British. Armed and reluctant to share Arakan post-independence, harassment and violence between the two groups both during and after the War was not uncommon.

The weak Rangoon government of the day could not contain the region and an organised rebellion began in April 1948, following a police clash during a Muslim rally. The rebellion ebbed and flowed for the Islamists in the early 1950s; the Burma military had its hands full with a multiplicity of bigger insurgencies elsewhere. In 1954 the Islamists went on the offensive, compelling the Burma Military to devote greater resources to this rebellion. This redoubling of efforts broke the insurgency by the end of 1955. The last few fighters held out for another six years before surrendering in 1961.

The Burmese were already in large part suspicious of migrants from the Indian subcontinent, wanting the populations who immigrated under British rule to go back whence they came. This rebellion further tainted the Tatmadaw’s view of Arakanese Muslims and likely encouraged a belief that this group had been brought from Bangladesh by the British (despite a huge percentage of the Muslim population of Arakan pre-dating British colonial rule).

The Rohingya have suffered harassment, discrimination and violence on a significant scale every decade since. When the Rohingya were not fighting back, it is fair to say the oppression was inter-ethnic and also largely non-violent, albeit with considerable state support for the Buddhist Arakanese. Now that a group of Rohingya has armed, organised and fought back, the spectre of the Tatmadaw’s ‘four cuts’ looms large over the population as a whole.

Villagers were frequently relocated by force. Forced conscriptions or porterage was also common, providing free labour for the military. Rape also seems to have been used as a tool of social control under the 'four cuts' doctrine.

While slow to take effect, the 'four cuts' was ultimately successful. It both terrorised local populations, making them fearful of cooperating with rebels, and denied those rebels access to the resources they needed. From the late 1980s through the 1990s and 2000s, Burma/Myanmar’s major rebellions were squeezed to death.

Putting the doctrine into practice also uprooted huge sections of the country. Hundreds of thousands of people fled to refugee camps either in Myanmar or in neighbouring Thailand. Camps have changed in size over time, but the Internal Displacement Monitoring Center estimates over 660,000 internally displaced persons as of March 2015. In 2014, the UN estimated there were 120,000 Myanmar refugees in Thailand.

While the Tatmadaw managed to strengthen state control over restive regions, one key element of the British strategy in Malaya was omitted. As documented in the autobiographical Defeating Communist Insurgency: Experiences from Malaya and Vietnam (1966), the architect of the British counterinsurgency Robert Thompson believed that winning hearts and minds was central to any approach to fighting rebellions. The coercive aspects of a counterinsurgency had to be accompanied by programs to address the aspirations of the people affected. Consent had to be built. The Tatmadaw failed to include such components. Villages and communities in the way of perceived strategic goals were shattered and impoverished.

Now the prospect of that immiseration looms over the Rohingya in Rahkine. International Crisis Group and others have suggested the Tatmadaw response to the October attacks last year was akin to the 'four cuts'. The Rohingya face not just inter-communal violence and state discrimination, but the power and determination of the military. The Tatmadaw, taking a narrow view of success, see the doctrine as a tried and proven counterinsurgency tactic (never mind its failings in providing long-term solutions to the problems of post-colonial state-building).

Some 70,000 Rohingya have fled to Bangladesh before the intensification of violence in August. The numbers of internally displaced people are harder to gauge as the townships where the crackdown is taking place are mostly closed off to NGOs and journalists.

Similarly, the numbers of deaths in Rakhine are hard to estimate, but by February this year the United Nations suggested more than 1000 may have died. The region was restive before last week's attacks, so much so that the Tatmadaw sent down an extra battalion of troops in early August to support 'clearance operations' in hilly areas.

With military operations still outside civilian control in Myanmar, and no strong voices in support of the Rohingya in the elected government anyway, the Tatmadaw will continue to prosecute their counter-insurgency to whatever extent that they wish. International pleas for moderation are unlikely to be heeded.

Moreover, unlike their peace deals with the Karen or Kachin rebels in the 1990s and 2000s, there’s no end game. There isn’t even the most rudimentary plan to incorporate the Rohingya into Myanmar society as there is or has been for other ethnic rebel groups.

The grim plight of the Rohingya may be entering perhaps its darkest phase yet.