What to do after the Taliban take-over

The foreign troops might be gone but Afghanistan is still our responsibility. 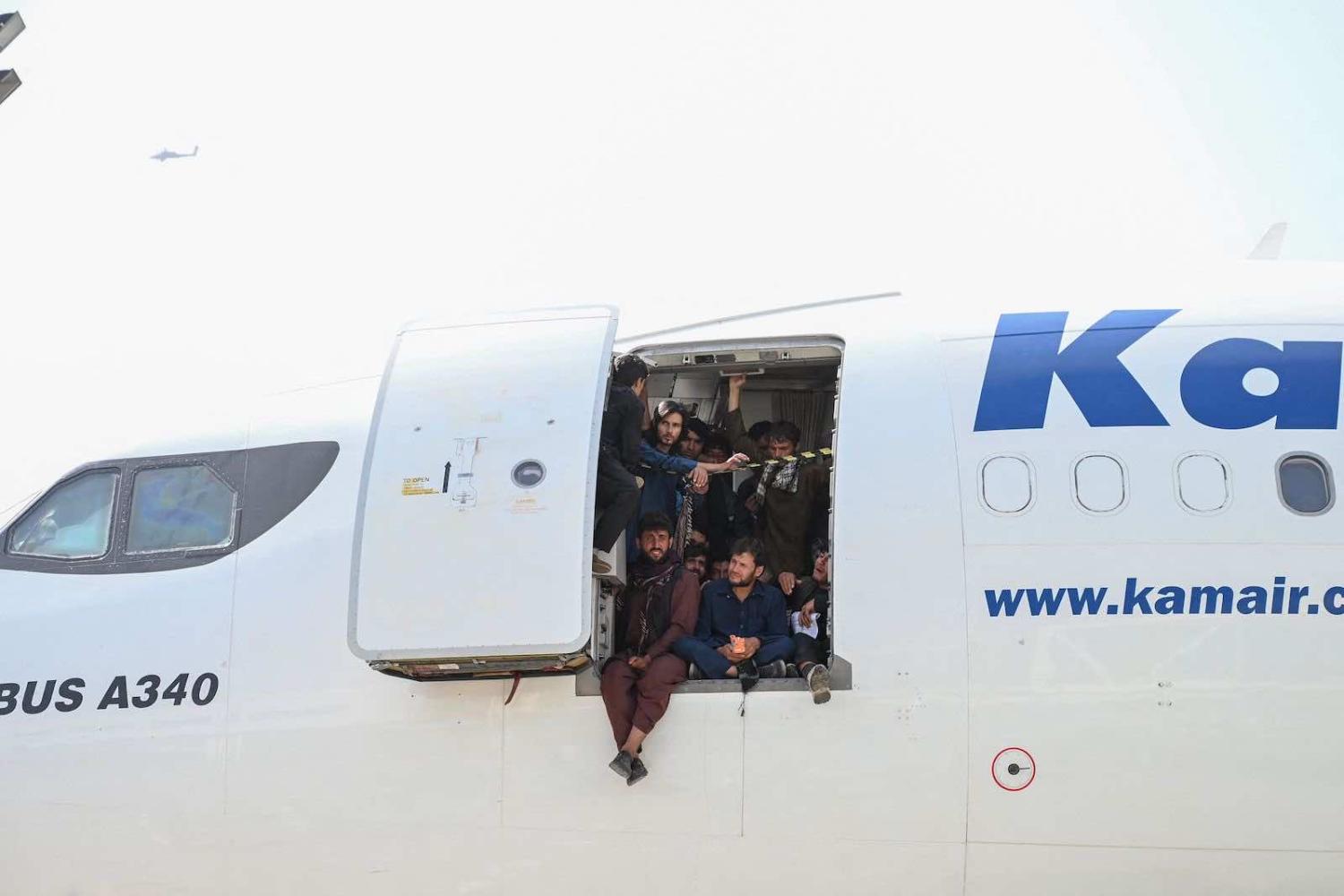 This is what desperation looks like: Kabul airport in Kabul on 16 August (Wakil Kohsar/AFP via Getty Images)
Published 17 Aug 2021     Follow @SSchmeidl

I am not an emotionally detached observer of Afghanistan. The country was once my second home, and I still have friends and colleagues there. Frankly, I am gutted – it is hard to erase the kind of images that emerged from Kabul airport on Monday. Nor should we, this is what desperation looks like.

I also don’t want to feed into some of the alarmist language that has proliferated in recent days, which is unhelpful for Afghans stuck inside their country. The role of outsiders should be to reassure and find ways to support, especially in times when many Afghans rightfully feel a sense of despair and anger at being deserted by international and national elites alike.

But in this moment we are left with questions.

What to believe? News coming out of Afghanistan is overwhelming and contradictory – but the latter is not new. Afghanistan has long been a country of contradictions. The situation is also changing so quickly. So, in addition to some of the standard news outlets, I can only encourage readers to also follow measured eyewitness accounts and analysis from reporters such as Matthieu Aikins and Frud Bezhan, local news service TOLOnews, the Afghanistan Analysts Network or academics and analysts such as Obaidullah Baheer and Andrew Watkins, to name just a few.

With this much uncertainty, international actors have a moral obligation to act, and act fast.

How could this happen? We are awash with analysis offering reasons why. A propped up state with limited local legitimacy, self-interested and corrupt elites that did not pay the army, an increasingly isolationist and polarising president, and a poorly negotiated exit by the United States. Researcher Ibraheem Bahiss summed up why the rest of the world could not lift its head out of the collective, perhaps Covid-induced, fog: “We caused all this not because the signs weren’t there. But because we were caught in our own hubris and imagination.”

Has the Taliban changed? Too soon to tell. The new Taliban is using media in a fashion like never before, taking selfies, allowing themselves to be photographed, some with short or even no beards – I saw a picture of a Taliban in Kunduz that was a dead ringer for a young Orlando Bloom.

There are the positive signals that the Taliban is looking to restore order (pictures of traffic police, for example), and some describe them as “polite”, promising to guard media compounds and trying to restore calm. Officially the Taliban repeatedly speak of a desire for a “peaceful transfer of power”, and indeed the takeover of Kabul and other areas was without violence, often negotiated by local elders. There is some evidence that the Taliban are already drawing on existing government officials to continue service delivery, such as providing health care, including by female health care workers.

But “there are mixed reports from the provinces and cities”, such as forced marriages and gender-based violence, and others describe Dr Jekyll and Mr Hyde. “Taliban talk nice during the day and disappear people at night,” as one person reportedly put it. There are stories of house-to-house searches, Taliban looking for government officials and those who worked for the United States, journalists, women activists, international NGO workers, confiscating weapons and making lists.

There are stories being shared of Taliban giving amnesty (pardon), but also beating and killing people. There are accounts of targeted (revenge?) killings, other claims of criminal gangs taking advantage of the void. Still more reports speak of bakeries selling bread (some say because the Taliban told them so), with shops open and people going about their business.

Women especially are terrified of an uncertain future. In Kabul, women’s images on shop fronts were being whitewashed.

The Taliban has not yet made clear what their policies will be, not expecting to have so quickly gained full control of the country. The speed of the take-over was aided by an army no longer sure who they were fighting for or who had their backs, and elders trying to avoid further bloodshed in their communities, seeing surrender as a way to buy time. Thus, the Taliban are likely still figuring out how to govern.

What to do? With this much uncertainty, international actors have a moral obligation to act, and act fast.

Heather Barr from Human Rights Watch said it best: “We have to keep saying to donors like the UK ­­– this is a humanitarian crisis you helped create. You own it.”

The President of the Philippines may stump up with more nationalist rhetoric, but his true message to Beijing is plain.
Purnendra Jain 30 Aug 2020 11:30

Under Trump we're likely to see a recalibrated US offshore balancing in Asia that won't mean either careless provocation of China or a total US drawdown.