A political sideshow has cast a shadow over future policy discussion in America. 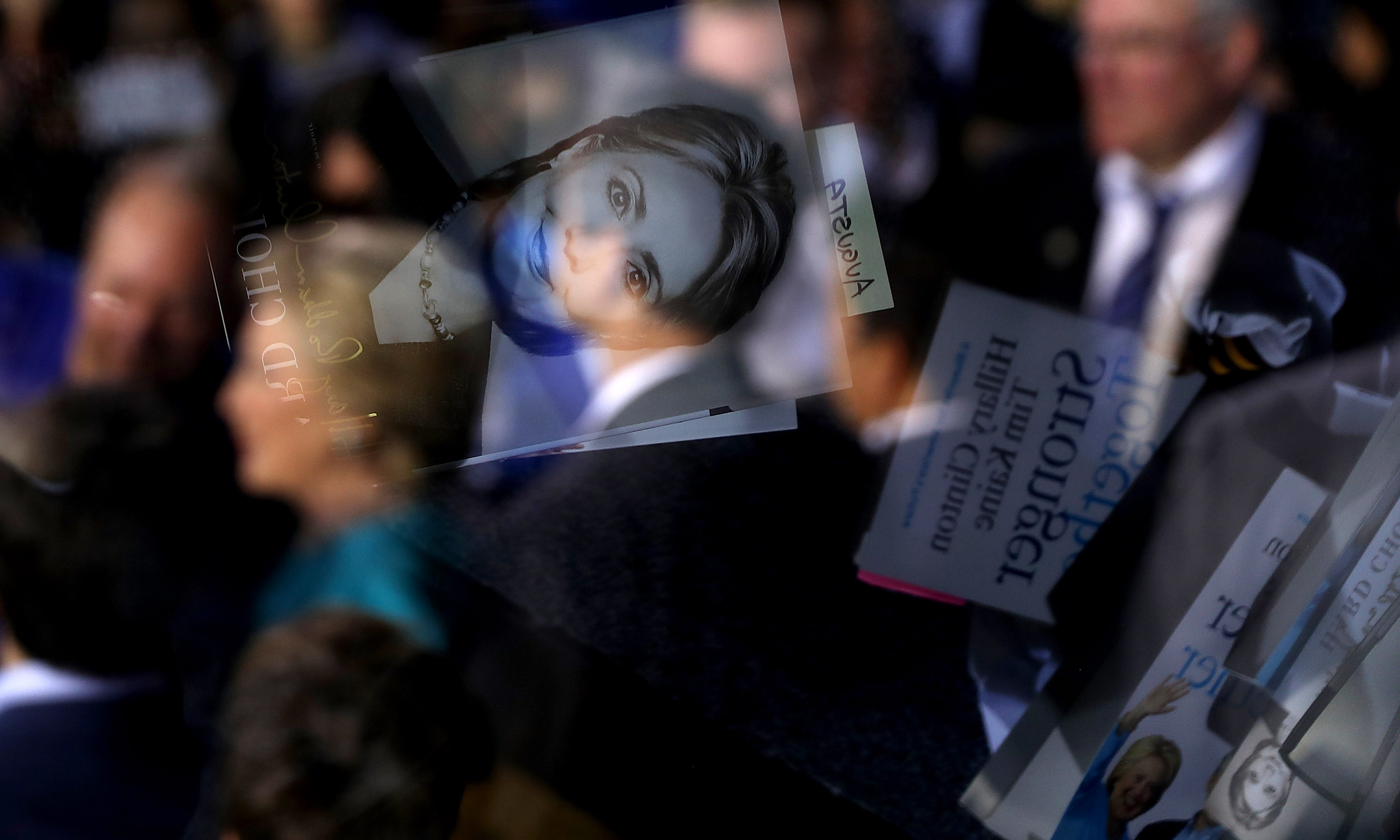 Despite White House adviser Kellyanne Conway’s fearlessly fictitious claim that nobody in the Trump administration is still talking about Hillary Clinton, President Donald Trump himself has tweeted about his former campaign rival no fewer than 75 times since being inaugurated.

There is no shortage of unanswered questions about Trump after one year in the White House. But even alongside debate about his mental fitness and worry over his foreign financial entanglements, in some ways the American president’s obsession with Clinton is the most concerning.

Is the "Crooked Hillary" sobriquet more than a personal psychological hang-up for Trump, who detests losing, and actually part of a more cleverly devised narrative? Trump seems to dislike women, or at the very least has trouble relating to them. Hillary Clinton encapsulates this sensitive topic for him in one convenient target – one which, if he directs enough verbal abuse toward it, can always get a rise out of his core audience.

Yet the most constructive question to ask at this point is not whether, or to what extent, Trump is personally invested in the daily life of his erstwhile rival. Far more worrying is the long shadow this sideshow is beginning to cast on the future of policy discussion in America.

Trump’s fixation on Clinton is now caught in a feedback loop, having become a regular talking point and source of vexation among the mainstream media pundits. But how the Clinton obsession might be both an unhealthy distraction for Trump and serve as a political tool can be seen in the local politics unfolding in the state of Arizona.

There, former sheriff Joe Arpaio is campaigning to become a senator. Arpaio was the recipient of an eleventh-hour pardon by Trump after being convicted of practising racism in administratively and bureaucratically organised ways. Arpaio is now promising "proof" that President Obama’s birth certificate is a "fake".

This is a familiar narrative. Before and during the 2016 presidential campaign, Trump railed against what, in his view, was Obama’s illegitimate presidency. Trump effectively became the face of the so-called "birther" movement and now, whether accidentally or deliberately, Trump is passing that baton to a political coalition that stands a chance of out-surviving his own presidency.

If Trump has an obsession with Hillary Clinton, it’s the same type of obsession the larger GOP exhibits toward most every prominent, liberal-minded person who has promised consequential change in government. Moreover, it’s the end result of a years-long pattern: the lurch of American politics toward sideshow and shock value. A great shift where policy itself appears to have vanished beneath the surface-level distractions of identity and adversarial politicking.

In this way, the president’s frequent rallying cries of Crooked Hillary – a refrain which still draws cheers when he addresses his crowds – is a far more pressing concern than whatever reservations people may have about his general mental health or which social-sexual morals he may have tread upon in private. These are simply more arguments for identity politics. What of policy?

On the Right and the Left in America, policy seems to have been replaced by personal attacks, recycled conspiracy theories – birtherism, echoes of the Cold War, and so on – and vague promises of salvation from Democrats, Republicans and globalists.

The greater danger, by far, than Trump himself, then, is his style of governance, which is now empowering and inspiring men such as Arpaio, failed Alabama senate candidate Roy Moore, and others. These men wish to look backwards or to apply blame to rivals instead of setting out a vision for the future and how a healthier type of politics might look in America and beyond.

Maybe Republican strategist Josh Holmes was correct when he said the Crooked Hillary schtick is little more than a "greatest hits" for a president with a rather paltry list of one-year accomplishments, according to a majority of polled Americans.

At the end of the day, however, the president’s – and therefore America’s – continued obsession with Hillary Clinton doesn’t need a "why" when the "so what" is so much more important. The consequence of Trump’s impotent and superficial railing against his political rivals is that Middle America keeps squabbling with itself about personality politics while the bandits escape – as oligarchs in post-Soviet Russia once did – with America’s future held hostage and its government left in unidentifiable shambles.

Both sides do it: when the Right yells that Obama is a foreigner, the Left punches Right. When the Left implies that all Trump supporters are deplorable, the Right punches Left. There is a reason, after all, why the phrase "political theatre" exists.