Trump has called Putin a “good competitor” and warned about China, but Moscow has reasons to keep Beijing on side. 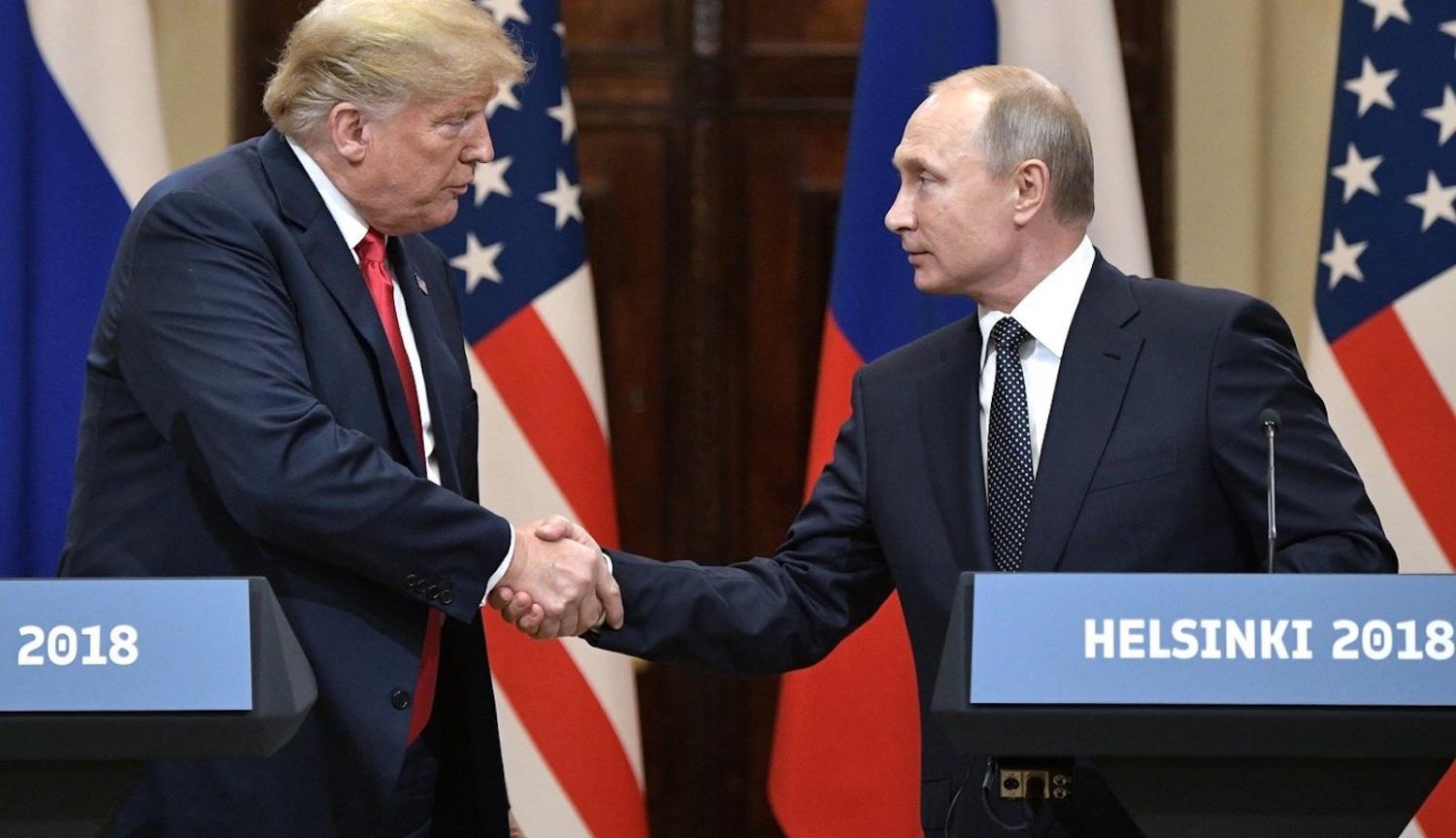 In the aftermath of Donald Trump’s summit with Vladimir Putin in Helsinki last month, one might wonder if the US and Russia are considering the formation of, if not an explicit partnership against China, then at least an informal condominium. Trump seemed to lend some credence to this speculation over the weekend, tweeting that those who “are so focused on looking only at Russia should start also looking in another direction, China”.

The US pursued an opening to China in the 1970s as part of its broader effort to contain Soviet expansion. The logic for attempting to invert this Cold War–era maneuver is clear: Washington and Moscow both have anxieties, albeit different kinds, about a resurgent China’s ambitions.

For now, the strategic benefits to Russia of strengthening its ties with China substantially outweigh the costs.

Yet such arrangements are unlikely to materialise, for at least two reasons. First, with the strategic balance between Moscow and Beijing growing more lopsided, in Beijing’s favor, the former can ill–afford to be seen as supporting an effort to constrict the latter’s revival. Second, even if Moscow wished to participate in such an undertaking, the sharp divergence between Trump and Congress on managing US–Russia relations means that it would not be able to count on a consistent US stance.

The US regards China as the principal challenger to its centrality in world affairs. The Pentagon’s new defense strategy concludes that China’s long–term objective is “displacement of the United States to achieve global preeminence in the future”. FBI Director Christopher Wray observed at the Aspen Security Forum last month that “China is trying to position itself as the sole dominant superpower”. Chairman of the Joint Chiefs of Staff General Joseph Dunford testified last September that “China probably poses the greatest threat to our nation by about 2025”.

Other assessments in this vein abound. Washington is especially concerned about the erosion of its economic competitiveness, as China presses forward with “Made in China 2025” and the Belt and Road Initiative.

Russia, for its part, while understandably touting the growth in and multiplicity of its cooperation with China, is concerned about the growing asymmetry in their ties. Between 1997 and 2007, the ratio between Beijing and Moscow’s gross domestic products grew from 2.37:1 to 7.76:1. China’s trade with Central Asia rose from less than $1 billion per year in the 1990s to $30 billion last year (Russia’s was $18.6 billion); it has eclipsed Russia as the top trading partner for every country in the region except for Kazakhstan.

For now, though, the strategic benefits to Russia of strengthening its ties with China substantially outweigh the costs. After all, China has the long–term potential more than any other country to shape a postwar order in which the US, its alliance network, and its normative preferences play a less central role – an order that Russia has long sought but has been stymied from bringing into effect.

Moscow is not an impotent actor in this regard; it has proven adept at exploiting and amplifying ideological divides within the US as well as strategic tensions between Western European powers. While it can destabilise the postwar order, though, it does not have the economic capacity to change the pillars of that system on its own; riding the coattails of China’s resurgence, then, could be essential to achieving the recalibration of world affairs that Russia seeks.

Advancing ties with Beijing is additionally important given Moscow’s strained external situation. Its relationship with the West has suffered sharply since its annexation of Crimea in early 2014. As Russia looks to rebalance eastward, it has to tread carefully as it strengthens ties with China’s neighbors, lest Beijing perceive it as being insufficiently deferential.

Meanwhile, so long as the incongruence between Trump and Congress over Russia policy persists, it is doubtful that his apparent affinity for Putin can or will yield a broader rapprochement between Washington and Moscow.

Trump has called Putin a “good competitor” and articulated conflicting messages on whether he accepts the US intelligence community’s judgment that Russia meddled in the 2016 presidential elections. He has also been considerably more optimistic about the prospects for strategic cooperation between the two countries than most of his top advisors.

Yet Congressional pressure is likely to increase on the heels of the assessment by Director of National Intelligence Dan Coats that there is “a pervasive messaging campaign by Russia to try to weaken and divide the United States” ahead of this November’s midterm elections.

In addition, the next US president will almost surely hold a less favorable view of Russia. If Putin were to take the gamble, he and Trump would have a short window of opportunity – two years or potentially six, if Trump is reelected – in which to slow China’s momentum. It is unclear that they would make much progress to that end, though, especially without core European and Asian partners on board. As it is, Trump’s rapport with Putin has rankled Brussels.

For Russia to entertain seriously the prospect of joining with the US to counterbalance China, it would have to reach at least one of two conclusions, if not both: first, that the strategic risks of an increasingly asymmetric relationship with Beijing exceed the benefits, and second, that reintegrating itself into the West would contribute more to its long–term resilience in world affairs than deepening its partnership with Beijing. There is little evidence to suggest that it accepts either judgment.

Instead, Russia seems more likely to pursue parallel tracks while Trump is in office: expanding the scope of its cooperation with China and attempting to extract concessions from the US. So long as those efforts do not impinge upon one another, Moscow may be well–positioned to benefit from intensifying strategic distrust between Washington and Beijing.

A dose of climate realism about China’s carbon pledge

Canberra should rethink its approach to Moscow, recognising areas of difference yet be willing to see common ground.
Greg Earl 10 May 2018 14:00

Economic diplomacy brief: the first Indo-Pacific budget is really all about China

Greg Earl looks at the federal budget and implications for Australia in the region.