Wrong balance of power in Pacific 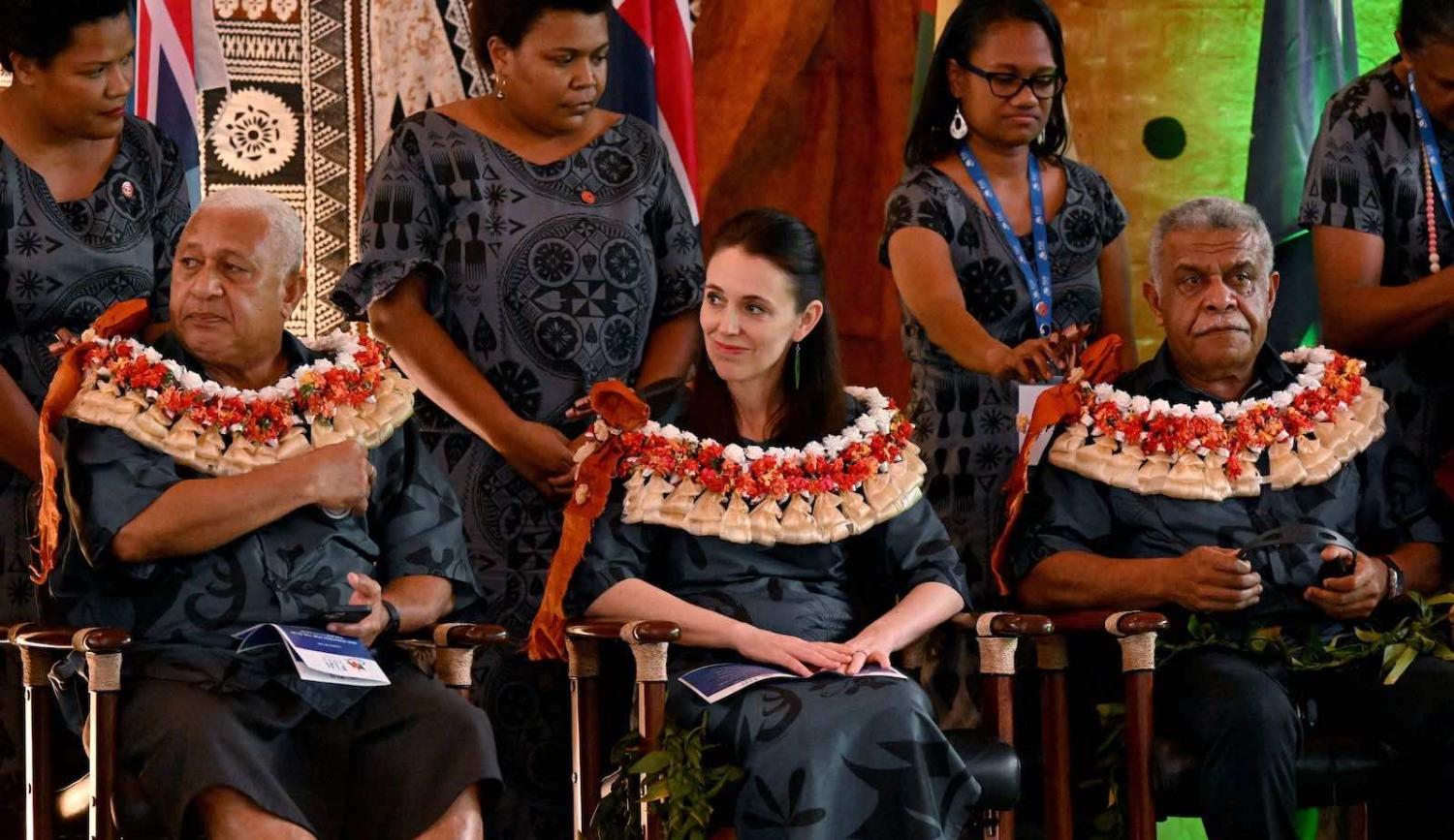 New Zealand’s Prime Minister Jacinda Ardern (centre, front) with Pacific conterparts at the launch of the 2050 Strategy at the Pacific Islands Forum in Suva on 14 July (William West/AFP via Getty Images)
Published 16 Aug 2022

With the attention largely on the great power race to gain influence in the region, another balance of power is going unnoticed, if not ignored – the gender imbalance of political power in the Pacific.

Like Prime Ministers before her, Jacinda Arden’s address at the Lowy Institute earlier this year positioned Aotearoa New Zealand as having an independent foreign policy. While the great powers position themselves for maximum leverage in the Pacific, this foreign policy approach allows New Zealand to focus on practical actions that promotes its values, independent of the geo-political context.

Countries with higher rates of gender equality are generally more stable and prosperous.

Maintaining this independence is by no means easy. Arden’s government, like other small states, finds itself increasingly caught between US-China geo-political tensions in the Pacific. This means, navigating a balancing act between continuing economic relations with China and increasing strategic partnerships with the US.

With its principled approach that looks to strengthen the international rules-based order as well as its place in the Pacific, working to address Pacific women’s political representation, one of the lowest in the world, is clearly a space New Zealand’s foreign policy can contribute to.

The situation of women’s political representation in Pacific Island countries is starting from a low base with a long way to go.

As of 2021, only 8.6 per cent of women hold parliamentary seats in the Pacific, and only two women have been heads of government, Samoa’s current Prime Minister Fiamē Naomi Mata’afe and the Republic of Marshall Islands’ former president Hilda Heine.

Countries with higher rates of gender equality are generally more stable and prosperous. That seems self-evident when you do the math and include half of a population into social, economic and political processes.

Papua New Guinea’s recent elections showcase the gender disparity in politics. Overall, only nine women have ever been elected to its parliament. Rufina Peter and Kessy Sawang are the only female candidates to win a seat in parliament in the recent election and only 4.5 per cent of candidates were women

As of 2022, only three countries have more than 10 per cent of women represented in their parliament, and in the last decade, five countries have stagnated or gone backwards. For example, Tonga currently has no female representatives in parliament and only six women have been elected since 1951.

So, why are so few women in positions of political power?

On paper, gender equality is a clear priority for the region. In August 2012, the Pacific Islands Forum released the Pacific Leaders Gender Equality Declaration which recognised the social and economic cost of gender inequality. One of the goals of the Declaration was to increase women’s political representation. A decade on, the Forum’s recently announced 2050 Strategy for the Blue Pacific Continent also strives for gender equality in the region, seeking to “empower women to be active participants in economic, political and social life.”

Despite this intention setting, progress has been slow and, in many areas, there has been no impact, such as getting more women into politics. For example, Pacific women’s political representation has only increased by roughly 4 per cent in the past two decades.

At this year’s inaugural Pacific Island Forum Women Leaders Meeting, Fiamē Naomi Mata’afe signalled that the Pacific must move from rhetoric to action. The women leaders committed to revitalising the Declaration and updating its ambitions and actions to address gender inequality in the region.

Arden’s recent foreign policy address provides the country with an opportunity to untangle itself from the geopolitical struggle and focus on more values-aligned practical initiatives such as promoting gender equality as a regional priority.

Aotearoa New Zealand already has a track record. It has funded several UN-led projects to boost women’s political representation in the Pacific. Last year, it launched a new Gender Action Plan 2021-2025, announced an Ambassador for Gender Equality in the Pacific, and recently committed $12.6 million to support gender equality in Fiji.

Building on this work, New Zealand should be positioning itself as a gender champion, alongside our Pacific partners and continuing its efforts to support Pacific women’s political leadership.

It can do so by building partnerships with pacific NGOs, joining forces with Australia on its gender promotion initiatives, funding pacific-led projects to support women’s entry into politics, and championing gender quotas in parliaments.

Addressing the gender imbalance of political power in the Pacific is one of the ways Aotearoa New Zealand can realise its independent foreign policy.

Tourism has the potential to enable development outcomes for Pacific Island states, but too often falls short.
Jonathan Pryke 18 Dec 2018 06:00

What I missed this year: Australia waking up to the Pacific

Lowy Institute experts look back on what surprised them in 2018

Links and updates from across the Pacific.