In both India and Australia, two very different campaigns are united in an effort to woo the growing youth vote. 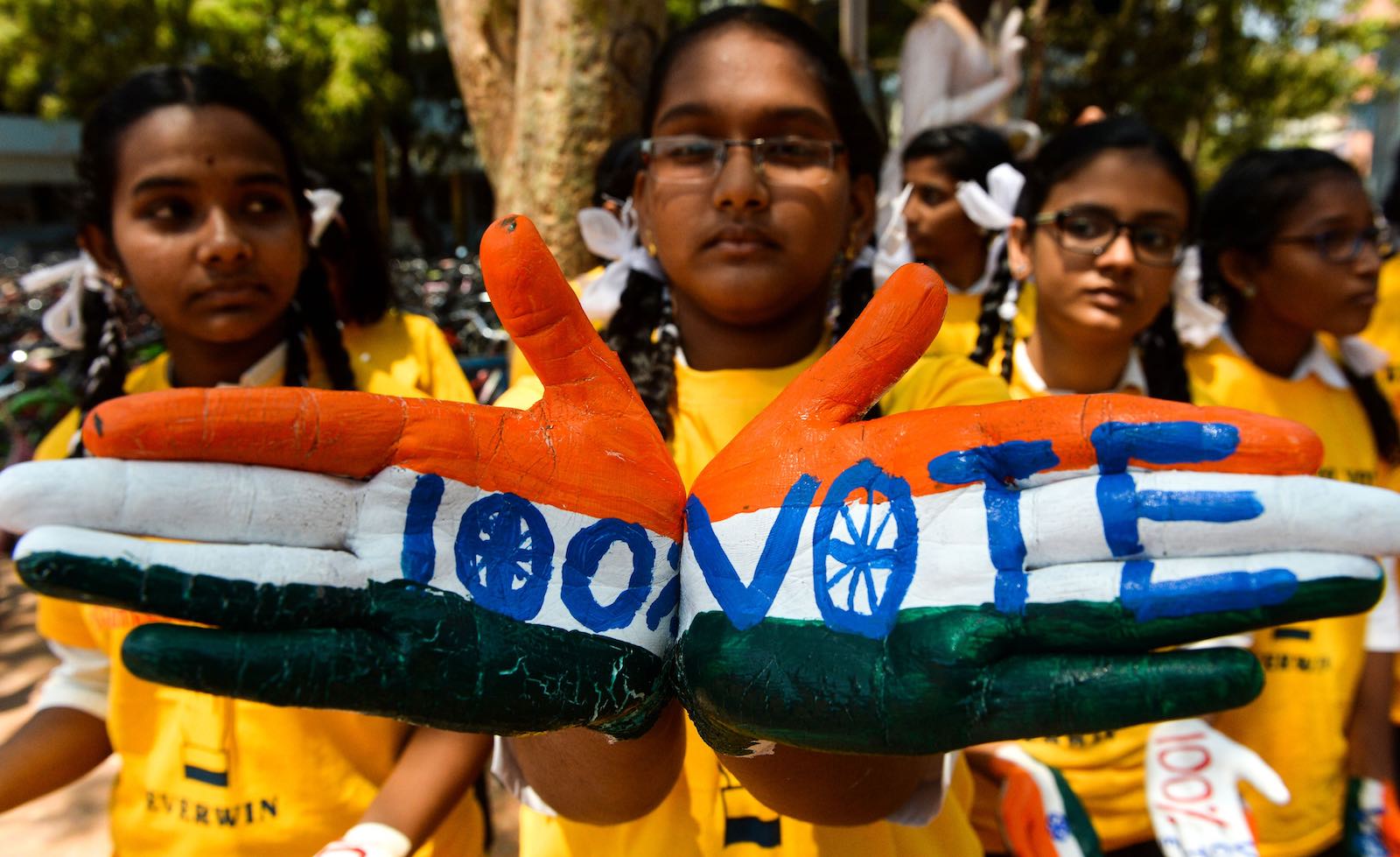 Two of the world’s democracies on either side of the Indian Ocean will see their elections culminate this weekend. Australians will go to the polls on Saturday, while Sunday marks the final day of India’s staggered voting season.

On the face of it, there is little to link the two elections: one country is poised to replace its conservative government, while the other is likely to double down in support of its incumbent populist leader. In one country there are 16 million voters, the other has 900 million potential voters.

But one facet is the same: the influence of young voters in both places will play a major role in the outcome.

In Australia – where voting is compulsory – the Australian Electoral Commission last month announced a record enrolment rate across the board, an all-time high of 96.8%, and of those aged between 18 and 24, almost 89% are enrolled, or 1.69 million people. The figure is just shy of the enormous voter turnout for the 2017 same-sex marriage survey, where youth enrolment was at 1.7 million.

Far from the general view that young people are apathetic, they are engaged and keen to be part of the political process.

The figures reveal that, far from the general view that young people are apathetic, they are engaged and keen to be part of the political process.

According to youth radio station Triple J, young people could decide the outcome in up to 20 marginal seats. These include Melbourne and Brisbane, which cover each city’s CBD, and Canberra. The high proportion of young voters in those seats could have an impact on which way they go.

Of the issues that affect young people, alongside the traditional concerns of jobs and education, there is a somewhat surprising new entrant: mental health. Mental health issues are rising among young people in Australia and globally. The major parties and the Greens have extensive mental health policies, with the incumbent Coalition promising more than half a billion dollars towards youth mental health services.

Young Australians are also extremely concerned about climate change. In fact, environmental issues could well be the driving force behind the record enrolment numbers. If tens of thousands of school students are willing to bear the wrath of parents, teachers and political leaders and walk out of school to rally for action on climate change, it’s likely that the protest will translate into votes for those old enough.

Across the Indian Ocean and young people in India are similarly politically energised. With two-thirds of the population under the age of 35, their votes could well sway the outcome. There is a precedent to this: in 2014, the youth vote is credited with helping usher in the Bharatiya Janata Party and Prime Minister Modi.

But will they vote, and will they again vote for Modi?

In the five years since the last election, the landscape has shifted significantly. With a youth bulge combined with newfound aspirations to climb the ladder, the need for more jobs to be added to the market is pulsatingly urgent (India’s demographic timebomb). The problems of unemployment and underemployment have increasingly been making global headlines in recent years, such as the time when a study found unemployment at a 45-year high, or when 19 million people applied for 63,000 vacant menial jobs on the railways.

The ascension of Modi brought with it the politics of populism and a rise in Hindu nationalism, but also some policy missteps – such as demonetisation – which has led some to question whether Modi is as solidly capable as his steely reputation would have him.

The youth vote is one that appears polarised. On one hand, the seething tension and anger over the lack of jobs could manifest in a large-scale protest vote against Modi, while on the other, their faith in his populist promises could be the key to returning him to power.

One thing is certain: young Indians are extremely politically and electorally aware.  A March poll found that eight in 10 believe that voting should be compulsory, while three-quarters said they thoroughly research local candidates before voting. The poll, of 200,000 Indians – mostly aged between 18 and 35 and mostly in major cities – also had strong feelings about the way elections were conducted.

Despite this, many young people might miss out on exercising their rights to vote, thanks to a lack of structures in place to allow for reliable postal or distance voting. With many living away from their home towns for work or study, travelling to a relevant polling booth might simply not be an option.