The Chinese-run port in Pakistan, a vital part of the belt-and-road plan, may have found a path to success. 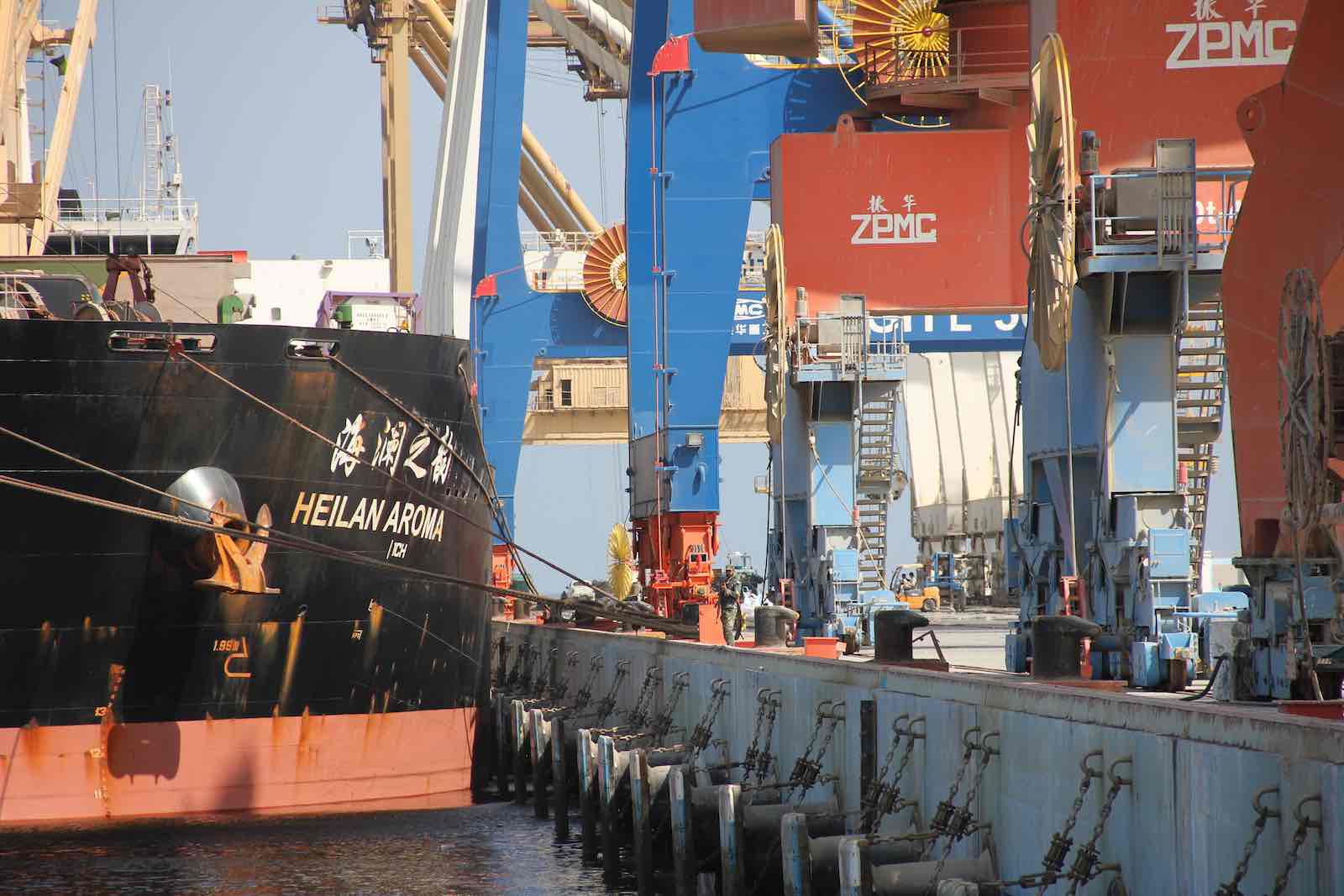 On a sunny Tuesday in the third week of January, a cargo ship named Diyala docked at Gwadar seaport, in south-west Pakistan. The enthusiastic port staff quickly unloaded the cargo. When the unloading was finished, Chinese officials operating the port, along with their Pakistani counterparts, posed for a photo with containers in the backdrop. The ship’s arrival received extensive coverage in local media, and the Chinese embassy tweeted about it.

Why are Pakistanis and Chinese so jubilant about one ship arriving at Gwadar port? It marks the beginning of the Afghan transit trade.

On 14 January, Gwadar port officially started taking cargo under the Afghanistan-Pakistan Transit Trade Agreement (APTTA). By this agreement, landlocked Afghanistan can import and export goods via Pakistani land routes. The first consignment unloaded at Gwadar port contained chemical fertilizers, which were transported to Afghanistan in trucks at the Chaman border crossing in Balochistan province. This marks the first operational use of Gwadar port for major trade activity, a success for both Pakistan and China.

Afghan transit cargo can be a major source of revenue, but it’s not enough on its own to pay back the huge investment China has made in the project or to sustain the success of Gwadar port.

Gwadar, a small coastal town in south-western Balochistan just 600 kilometres from the Strait of Hormuz, attracted global attention when China started building a deep-sea port here in 2002. The first phase of construction was completed in 2007, and in 2013 operations of the port and Gwadar Free Zone were handed over to the China Overseas Port Holding Company (CPOHC). The major breakthrough for Gwadar, however, came in April 2015, when Pakistan and China signed the $50 billion China-Pakistan Economic Corridor (CPEC), dubbed the flagship project of China’s ambitious Belt and Road Initiative (BRI).  Providing the shortest land route for sea access to Western China, as well as an alternative shipping route to the Malacca Strait, Gwadar port is the centrepiece of CPEC – without the port, there would have been no CPEC.

Surprisingly, Gwadar failed to achieve economic success in the last 5 years. As a result of armed attacks by Baloch separatists on Chinese interests, bureaucratic red tape, and poor governance in Pakistan, even the supporting infrastructure in Gwadar has not been fully built, and experts had ruled out the prospect of Gwadar succeeding anytime soon. Its use in the Afghan transit trade is therefore seen as the beginning of the economic revival of the project.

There are three main reasons Afghan trade is significant for the Gwadar port project. Firstly, it means that the project has finally started to pay off for its Chinese sponsor. China spent $250 million directly on construction of the port. COPHC gets 91% of revenue from Gwadar for the next 40 years, according to the agreement with Pakistan. The revenue from Gwadar port now coming in was only made possible by the Afghan transit trade.

Secondly, the use of the Gwadar port was made possible only after China lobbied for it with the Afghan government. Over the last four years, China has shown a growing interest in the Afghanistan situation, including inviting Taliban leadership to Beijing for negotiations to broker a settlement. If a peace deal were reached in Afghanistan, then it would result (among other things) in an increase in the volume of Afghan transit trade. China will likely take more interest in seeing an Afghan peace deal with the Taliban when it can also potentially benefit from increased activity at Gwadar port for Afghan transit trade.

Thirdly, the recent success of Gwadar port has effectively put the brakes on the Indian-aided venture of Shahid Beheshti port as a competitor to Gwadar port, 175 kilometres to the west in Chabahar, Iran. India invested $100 million in the development of the port, as a counter to the China-Pakistan partnership at Gwadar. It also invested in building infrastructure connecting Chabahar with Afghanistan. In October 2018, the first shipment of goods was exported by India to Afghanistan through Chabahar port. US sanctions on Iran, however, later made India reluctant to aggressively develop Chabahar port. And with Afghanistan now appearing to prefer Gwadar over Chabahar, India’s scheme is sunk – a geostrategic victory for Pakistan and China.

Afghan transit cargo can be a major source of revenue, but it’s not enough on its own to pay back the huge investment China has made in the project or to sustain the success of Gwadar port. Therefore, it’s crucial that Pakistan and China attract more economic activity for Gwadar port, in the model of a mini-Dubai or a mini–Hong Kong. Afghan transit is only a beginning. The question now is whether Pakistan and China can build on this success.